Now in their twelfth year, the awards recognise the vitally important work carried out by in-house trademark counsel and identify those teams and individuals that are performing their functions to the highest possible standards. In addition to the team-based awards, two awards are bestowed on individuals.

Elena M Grimme, assistant general counsel and head of the trademark group at Microsoft, picked up the award for In-House Counsel of the Year. Responsible for the company’s worldwide global portfolio, Grimme oversees all the clearance, prosecution and enforcement work related to brands such as Microsoft, Windows, Xbox, Skype and Minecraft, and also drives the company’s trademark policy efforts around the world. Described as “a tremendous trademark lawyer, manager and industry leader”, she operates at the cutting edge of trademark practice, where legal, technology and creative demands intersect, often requiring an inventive approach to trademark practice.

This year’s Lifetime Achievement recipient is J Thomas McCarthy, senior professor at the University of San Francisco School of Law and founding director of the McCarthy Institute of Intellectual Property and Technology Law. McCarthy has practised, written and taught in the field of trademarks and unfair competition for over 50 years and is the author of the seven-volume Trademarks and Unfair Competition. Now in its fifth edition, the treatise has been in print for 45 years and has been cited as authority in over 5,000 judicial decisions, including 13 US Supreme Court cases. He was unable to join us for the ceremony but will be presented the award in person next month, when the World Trademark Team is in San Francisco for IPBC Global.

World Trademark Review congratulates both the award winners and the shortlisted teams and individuals. Thanks also to our sponsors for all their assistance in hosting such a memorable event.

For photos and reactions from the event, search for the hashtag #WTRAwards on Twitter. In the coming weeks we will be running a series of profiles and interviews with the winners on the World Trademark Review website.

In-house Counsel of the Year

We’ll have a gallery of photos from the event on the WTR Industry Awards website later this week. 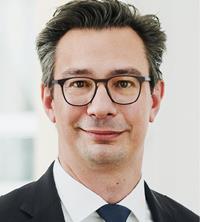