Following last night's champagne reception and presentations at the Hilton Orlando Bonnet Creek, we can now reveal (for those who were not following the action on Twitter) the winners at this year’s WTR Industry Awards. Among those honoured were teams from American Red Cross, Enterprise Holdings, Grupo Bimbo, Moncler, Red Bull and Verizon Communications.

The champagne was flowing as we celebrated the efforts and achievements of these industry leading teams over the past year. This year’s event also marked the 10th edition of the awards scheme and, to mark this milestone, we also presented a one-off award for ‘Team of the Decade’ to Google.

There were two awards bestowed on individuals. Colm Dobbyn of MasterCard picked up the award for in-house counsel of the year, while the lifetime achievement award was presented to Frederick Mostert, a past president of the International Trademark Association and former chief IP counsel of luxury group Richemont.

World Trademark Review congratulates the award winners on their success and thanks its law firm partners for all their assistance in hosting such a memorable event. For photos and reactions from the event, search for the hashtag #WTRAwards on Twitter (or click here)

In-house Team of the Decade

In-house Counsel of the Year 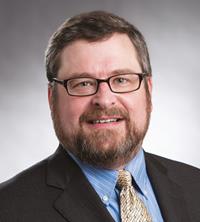