The World Intellectual Property Organisation (WIPO) has released filing statistics on use of its various international IP protection systems, including the Madrid System for trademarks. The data reveals strong growth for international marks, with those originating in China, Russia and the United Kingdom showing significant rises.

The latest figures reveal that there were 56,200 international trademark applications made in 2017, a rise of exactly 5% from the previous year. This continues the multi-year trend of increased use of the Madrid System, though the growth is less than that in 2016 (when the system grew by 7.2% year-on-year). The leading classes being sought in international applications last year were dominated by computers and electronics (accounting for 9.8% of all applications), services for business (7.9%), technological services (6.2%), leisure, education and training services (4.7%) and pharmaceuticals (4.5%).

Looking at the originating country of applicants using the Madrid System, those from the United States led the way with 7,884 applications in total. That was followed closely by Germany with 7,316. Next was China, with 5,230 marks originating there in total. However, this figure represented the most significant growth of all countries overall – rising 36.3% since 2016. Behind China were Russia (+23.9%), South Korea (+9.8%) and the UK (+9.3%). On the flip-side, some countries experienced significant drops in applicants filing via Madrid; Italy (-6.6%), the Netherlands (-5.8%) and Austria (-4.9%) seeing the most significant falls.

Regarding the specific leading filers, the list is headed by L’Oreal for the second year in a row, with 198 international applications filed in 2017 (48 more than in 2016). Second place is Hungarian biotechnology company Richter Gedeon Nyrt, which filed 117 international applications in 2017 – over 100 more than the previous year. German casino gaming company ADP Gauselmann was close behind, with 104 applications. Prominent companies including Novartis, Abercrombie & Fitch, Apple, BMW and Samsung also feature in the top filers list (below):

WIPO’s latest report also looked at the figures related to the Hague System for registered designs. There were 19,429 design applications using the Hague System filed in 2017, a growth of 3.8% year-on-year. Applicants in South Korea dominated the leading filers list, with Samsung (762 design applications in 2017) and LG (668) being the top filers last year, followed by Fonkel Meubelmarketing of the Netherlands (490), Procter & Gamble (488) and Volkswagen (369). However, despite the top two filers, Germany remains the home of most international design applications, with 4,261 designs from 2017.

Overall, the latest WIPO figures show continued growth of its international IP systems. However, it is worth bearing in mind that without the significant rises in China and Russia, the Madrid System would be showing little sign of year-on-year growth. 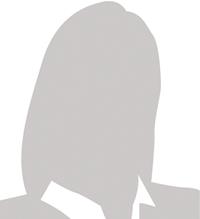