Every Tuesday and Friday World Trademark Review presents a round-up of news, developments and insights from across the trademark sphere. In today’s edition, we look at the Chinese authorities seizing thousands of bottles of wine after an Alibaba tip-off and a literally EPIC battle between beer brewers, Gene Simmons gets hot-under-the-collar about his withdrawn trademark application for the ‘devil horns’ hand gesture, and a lawyer commends the “pitch perfect realism” of a TV comedy show’s depiction of a court case. Coverage this time from Trevor Little (TL), Tim Lince (TJL), Adam Houldsworth (AH) and Timothy Au (TA).

The USPTO needs your help to eradicate clutter – On the USPTO Director’s Forum blog, Gerard F Rogers, chief administrative trademark judge, has provided an update on efforts to improve the accuracy of the trademark register. As Rogers recounts, the Trademark Trial and Appeal Board (TTAB) is currently considering revising of its rules to allow a party to seek cancellation of registrations for marks no longer in use or that never were in use, through streamlined proceedings. In the proposed system, unlike full proceedings, challengers would be able to focus solely on claims of non-use or abandonment, without endangering its option to bring other claims in the future. After an open comment period, in September stakeholders gathered for a public meeting to discuss the proposals. However, more input is needed, with Rogers calling for additional input, questions and comment related to issues related to streamlined proceedings (which can be submitted via [email protected]). He states: “The success of this type of initiative depends heavily on members of the public, sharing their insights and experience. These contributions allow the USPTO to better understand the participants’ perspectives in weighing the costs and benefits of streamlined proceedings.” (TL)

Consumer packaging association concerned by plain pack counterfeit tobacco – The UK’s Consumer Packaging Manufacturers Alliance (CPMA) has raised concerns over the sale of fake tobacco, after trading standards officers and Retail Express uncovered the UK’s first counterfeit standardised cigarette packs. CPMA has claimed that the introduction of plain packaging has led to increased illicit trade in tobacco by making it harder for consumers to differentiate between the genuine and fake items – something it warned of prior to the passing of legislation. (AH)

Fox wins appeal over EMPIRE use – The 9th US Circuit Court of Appeals has ruled in favour of Fox Television in its dispute with Empire Distribution over the former’s use of EMPIRE as the title of a popular television drama. The decision, covered in The Hollywood Reporter, upheld an earlier district court judgement which denied Empire Distribution a summary injunction against Fox. Applying the Rogers Test, the appellate court decided that Fox had used EMPIRE for artistically relevant reasons, had not made overt references to Empire Distribution, and had therefore not committed infringement under the Lanham Act. (AH)

Chinese authorities move in to seize counterfeit wines – More than 14,000 bottles of fake Penfolds wine have been seized by Chinese police, a move welcomed by Treasury Wine Estates (TWE), which owns the brand. Having received a tip-off from online retailer Alibaba, TWE asked the Chinese authorities to intervene, leading to the action. The wine company described the seizure as “a significant step forward in helping combat illegal operators”, which reflected the strength of its partnership with local police and the e-commerce platform. The announcement is the latest in a series of brand-Alibaba collaborations to grab the headlines. (AH)

‘Epic’ battle between brewers – It has been reported that Epic Brewing is suing Eddylie Brewing Co. for marketing a beer under the name ‘Epic Day’, with Epic claiming to have used the EPIC mark on its packaging since 2010, when the Salt-Lake City brewer was founded. The dispute has now reached the District Court in Colorado, with Epic requesting $1 million in statutory damages, profits from Eddyline’s profits, and court fees. Trademark battles between breweries are an increasingly common phenomenon and an issue we have often covered; just last week, we noted that two South African breweries are locking horns over the use of a trademark for their beer brands. (TA)

UK government reveals counterfeit figures – Following a question by a UK MP Pete Wishart about “what steps are being taken to address IP infringement through social media”, the UK government’s IP minister Jo Johnson has revealed figures related to counterfeit seizures. Specifically, Johnson spoke about Operation Jasper, an initiative led by the UK’s National Trading Standards’ E-Crime Unit, which aims to “reduce the availability of counterfeit and pirated goods on offer via social media”. He said that, since the operation launched in 2015, “it has delivered over 12,000 de-listings, the removal of over 75 full profiles and over 100 raid actions”, adding: “As a result of this work several thousand counterfeit and pirated products have been seized.” On the face of it, these are positive figures – the hope is that the operation continues at a time when the UK government is looking to cut internal spending. (TJL)

EUIPO opens nominations for second DesignEuropa Awards – The EU Intellectual Property Office (EU) has begun the nomination and application period for the second edition of its DesignEuropa Awards. Aimed at celebrating excellence in registered designs, the awards ceremony will be held in Warsaw in November 2018. You have until May 15, 2018 to make your selections – with full details on how to apply on the DesignEurope awards website. (TL)

‘.Brand’ domains showing slow but sure progress – As reported by Domain Name Wire, the .Brand Registry Group – an advocacy group for ‘.brand’ domain names – recently provided an update of the ‘.brand’ domain during the Abu Dhabi meeting of the Internet Corporation for Assigned Names and Numbers (ICANN). While uptake of the domain has been slow to start off with, the group has calculated that of the 1,930 new top level domain (TLD) applications, a third were for ‘.brands’, while 44% of the new TLDs delegated are ‘.brands’. It is noted that there appears to be renewed demand for the domains, after a number of companies that applied for the new TLDs in the first round had backed out. (TA)

SIPS opens office in Beijing – SIPS has announced the opening of a new Beijing office, which is led by Irene Liu and is authorised to file applications for trademark registrations, copyrights and customs recordals, as well as infringement actions with relevant administrative authorities in China. The Beijing and Shanghai offices now operate in the name of a new wholly-owned subsidiary SIPS (Shanghai) Ltd. (TL)

Mewburn Ellis heads to Europe - Mewburn Ellis LLP, which has previously undertaken European IP work for domestic and international clients from its four UK offices, has opened an office in Munich. The office, which offers a range of patent, trademark and design services, is led by partner Tanis Keirstead, who was previously based in the UK. Keirstead is supported by Christoph Moeller, a partner who joined in August. The firm expects to expand the office further, establishing a five-partner office within an 18 month timescale. (TL)

More anti-counterfeiting technology developed – It’s fairly common that we report on new anti-counterfeiting security developments, and this week is no different. As first reported by Electronics 360, researchers from the Karlsruhe Institute of Technology (KIT) and optical systems manufacturer ZEISS Company have developed a system to print “3D microstructures” that they suggest will be more secure than 2D structures (such as holograms). "Today, optical security features, such as holograms, are frequently based on two-dimensional microstructures. By using 3D-printed fluorescent microstructures, counterfeit protection can be increased," suggests one of the researchers into the new technology. Indeed, when we looked at the “future of holography” in 2014, there was mixed feelings on whether new technology would overtake it. The suggestion that 3D optical security could be more effective than 2D could be evidence of that. A full study into this proposed new security technology has been released. (TJL)

Gene Simmons speaks out about ‘devil horns’ mark (again) – When we first reported on Gene Simmons’ trademark application for the so-called ‘devil horns’ hand gesture, commentators were confident it was just a “publicity stunt”. Indeed, shortly after the story was published, the mark was withdrawn by Simmons. When he first spoke publicly about the application in September, he doubled-down, stating he had “no regrets”, adding “if I could, I would trademark the air you breathe”. This week, on the Talking with Jericho podcast, the musician seemed to confirm he withdrew the mark after the public backlash. "The uneducated, the uninformed and the otherwise passionate got so hot under the collar that I just didn't think it was worth it,” he stated. One wonders whether Simmons considers the trademark experts who commented that the ‘devil horns’ application had little chance of reaching registration fall into his self-determined “uneducated” and “uninformed” category… (TJL)

Lawyer commends “pitch perfect realism” of TV courtroom comedy – It’s been a question debated at countless IP law events around the world – which TV shows or movies offer the most realistic depiction of legal life? This week, a strong candidate for that crown has appeared – from perhaps the most unlikely of sources. Adult Swim is an adult-oriented late night block of surreal comedy TV shows, best known for series such as Aqua Teen Hunger Force (about anthropomorphism fast food products) and FishCenter Live (a call-in talk show narrating over footage of a fish tank). Every night this week, starting on Wednesday, Adult Swim has been airing a ‘live stream’ of a fictional murder trial that has been commended for its realism. The court case stems from its long-running fictional movie review show On Cinema, wherein co-host Tim Heidecker has been blamed for the deaths of teenagers at a music festival (Spin explains the backstory in a little more detail). It has caught some flak from fans for being “completely humourless and literally just a trial”, but at least one lawyer has spoken about the show’s attention-to-detail: “I'm completely riveted,” the lawyer commented on social platform Reddit. “They clearly used real criminal attorneys, both as actors and as writers, because this is just pitch perfect realism. Virtually everything is accurate: the courtroom, the charges, the jury instructions, the opening statements, the demeanour of the lawyers, the way questions were phrased, the strategies employed, the objections, the handling of Tim's misbehaviour. As far as I can tell, it's one of the most accurate courtroom dramas ever made, albeit somewhat truncated.” So for any trial lawyer readers looking for something to watch over the weekend, the court case is available to stream on Adult Swim’s website. (TJL) 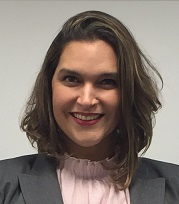