Every Tuesday and Friday, World Trademark Review presents a round-up of news, developments and insights from across the trademark sphere. In our latest edition, we look at a registry’s plans to charge trademark owners for access to WHOIS data, the war of words over the European Commission’s plans for an IP markets watch list and a blow for Apple in the Norwegian courts. Coverage this time from Trevor Little (TL), Adam Houldsworth (AH) and Timothy Au (TA).

Apple loses counterfeit case against small Norwegian repair shop – Apple has failed to convince a Norwegian court that a local shop owner was guilty of selling counterfeit iPhone parts. Henrik Huseby, owner of electronics repair shop PCKompaniet, had been accused of trademark infringement for importing and selling replacement iPhone screens despite not being an officially approved Apple repair provider. Apple sent him a cease and desist letter in 2017, following the interception by Norwegian customs of 63 iPhone screens, with the Apple logo covered by marker pen, due to be delivered to Huseby. After refusing to pay the equivalent of $3,565 to settle the case, Huseby was taken to court by Apple, which claimed that it had not manufactured the screens, and alleged that the importation of the parts from Asia constituted trademark infringement. Huseby responded that Apple was seeking an unfair monopoly on the repair of its products, that he had not advertised himself as an authorised Apple repair shop, and that Apple’s logo had been covered with marker pen because it was not relevant to his marketing. While the court was not entirely satisfied with Huseby’s arguments, it ruled that the defendant was not guilty of trademark infringement, because the logo had not been visible or used in marketing his services. (AH)

Château Petrus loses right to protect its name against £10 wine brand – Pomerol estate Château Petrus suffered a major setback in its attempt to prevent a rival from using the ‘Petrus’ name after a French appeals court overturned a previous ruling and allowed CGM, the producer of Petrus Lambertini, to continue to use the name. The dispute has been ongoing since 2011, when the luxury wine producer took CGM to court to prevent it from using the ‘Petrus’ mark on its blended wines that sell for under £10 – in contrast, the average price of a bottle from Château Petrus exceeds £1,800. It had accused CGM of “unfair and misleading commercial practices” after it noticed a third-party seller advertising Petrus Lambertini as Petrus’ “second wine”. In the first instance, it was found that there was a risk of confusion for consumers, and CGM was fined and ordered to halt sales of its Petrus Lambertini products. But CGM has now successfully appealed the decision. The appeals court stated that the two labels are “radically different” and it applauded CGM on its “clever use of the trademark”. A spokesperson for Château Petrus has stated the company would be launching a counter-appeal to a higher court to assess the legality of the decision by the appeals court. (TA)

Canadian pharmacy to pay fine for importing counterfeit drugs – Canada Drugs, a leading online pharmacy, has been ordered by a US court to pay $34 million for selling fake, unapproved and mis-labelled drugs. The company admitted that it was guilty of the charges, and its founder, Kristjan Thorkelson, admitted knowingly concealing a felony. In addition to the company’s fine, the court instructed Thorkelson to pay $250,000 and serve six months under house arrest, followed by four and a half years’ probation. The imported drugs included counterfeits of Roch cancer treatments Avastin and Altuzan, it has been reported. Responding to the decision, Shabbir Safdar, executive director of the Partnership for Safe Medicines, said the outcome was “a slap on the wrist and an insult for to victims of Canada Drugs’ crimes”. (AH)

Wetherspoon shuts down all social media presence – JD Wetherspoon, a UK pub chain with 900 outlets, announced this week that it was closing down all its social media accounts, including on Facebook, Twitter and Instagram. Chairman Tim Martin explained that the company was “going against conventional wisdom that these platforms are a vital component of a successful business,” adding that there were concerns that “pub managers were being side-tracked from the real job of serving customers”. However, this reasoning has been met with scepticism. Commentators have noted that the company had failed to garner a significant following on any of its social media accounts and much of its online activity involved dealing with complaints. Additionally, it had been targeted on Twitter for its support of Brexit, while its Facebook pages were plagued by a number of bad reviews – some of which are still up. Martin has denied that the move is a publicity stunt, though, and also stated that he would not rule out the possibility of re-opening its accounts. In an age where a strong social media presence is seen as imperative in brand marketing, it will be worth keeping an eye on how the situation develops and the effect this move will have on the pub chain’s business. (TA)

NGOs take aim at watchlist plans – We recently reported on the European Commission’s intention to create a watch list similar to the USTR’s Notorious Markets publication. The ‘IP Markets Watch List’ will be created in collaboration with the European Observatory on Infringements of Intellectual Property Rights and – much like the USTR’s notorious markets list – will identify online and physical markets outside the EU that are reported to engage in, or facilitate, substantial IP rights infringements. This week a letter was sent to Cecilia Malmström, commissioner for trade at the European Commission, expressing concern about the plans by a number of international nongovernmental organisations. The letter contends that the commission “conflates counterfeiting and piracy with the legitimate use of the flexibilities of the World Trade Organization’s Agreement on Trade-Related Aspects of Intellectual Property (TROPS) and argues that “the EU Watch-List will chill third countries’ efforts to protect public health and to promote access to medicines as reaffirmed by the Doha Declaration on the TRIPS Agreement and Public Health”. Stating that the Commission’s strategy for IPR enforcement is in “dire need of course correction”, the groups are requesting a meeting over the issue. Whether the plans for a watch list are derailed remains to be seen. (TL)

INTA applauds ‘Brand India’ – In the latest edition of the INTA Bulletin, the association reports on the association’s eighth annual delegation to India, which took place March 14‒16 in New Delhi and Mumbai. As well as high-level meetings with India’s trademark office, judges, customs officials, officials from the Department of Industrial Policy & Promotion (DIPP and IP attachés, INTA hosted a half-day workshop – A ‘brand’ new day: Preparing for the present and future of trademarks – in New Delhi. At the event, 2018 President Tish Berard applauded the rise of ‘Brand India’, noting that the country’s top 50 brands grew 21% in value last year. Crucially, this includes growth in local brands, 38 of which are now part of India’s top 50, compared with 35 in 2014. It is a momentum that can be expected to continue. (TL)

US police seize counterfeit makeup containing human waste – Police in Los Angeles have confiscated $700,000 worth of fake makeup that was found to contain human faeces and high levels of bacteria, it has been reported. The raid by the LAPD’s piracy unit was undertaken in response to a number of reports that cosmetics purchased in the Santee Alley shopping district had caused consumers to develop skin rashes. Fifteen businesses have since been issued with cease and desist notices, while six individuals have been arrested. (AH)

Registry announces intention to charge for WHOIS access – On Domain Incite, Kevin Murphy broke the news that CoCCA has become the first domain registry to charge trademark owners for access to WHOIS records. In a statement posted by the registry, it was announced that – from May 15 2018 – its public WHOIS data will redact the name, email, phone and physical address of EU residents, or non-EU residents who use an EU registrar. Going further, the announcement reveals that “intellectual property owners or other entities who have a legitimate interest in redacted data will be able to order historical abstracts online for a nominal fee (provided they sign an attestation)”. For budget-conscious trademark owners, the move will be a concern – particularly if it leads to other registries following suit. (TL)

Michael Best adds litigator – Shane A Brunner has joined Michael Best as a partner in the firm’s litigation practice group. Brunner has over 18 years of experience focusing on IP litigation and other complex commercial disputes, representing clients in trademark, patent, trade secret, unfair competition and contract matters in a variety of industries. Brunner will be based out of the firm’s Madison office. (TL)

Sheppard Mullin opens up shop in Dallas – International law firm Sheppard, Mullin, Richter & Hampton has announced the opening of a new Dallas office, its eleventh office in the US and its first in Texas. The new unit will house attorneys with practices in the areas of commercial litigation, corporate, intellectual property, labour and employment, real estate and white collar. The Dallas team includes three partners in the IP practice group: Jennifer Klein Ayers, Jason Mueller, and Steven Schortgen. (TA)

New free to view guide to IP strategies for the Indian market available – The latest edition of India: Managing the IP Lifecycle, co-published by IAM and World Trademark Review, is now available to view online. This guide is a comprehensive manual for managing IP assets of every kind at every stage of their existence in India, with data privacy, the protection of graphical user interfaces, the protection of intellectual property in the media and entertainment sectors, and the interplay between patents and anti-competitive practices among the topics explored. Click here to access the full guide. (TL) 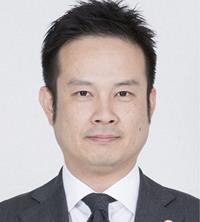