When will I be famous?: protecting well-known foreign marks in the United States

By Michael McCue and Cindy Villanueva

A split among US circuit courts and an administrative court on the application of the well-known marks doctrine makes registration in the United States more important than ever. But famous marks will always attract greater protection.

The well-known marks doctrine, established under Article 6bis of the Paris Convention, ensures that a mark that is well known in a country is protected even if it is not used or registered there (5 J Thomas McCarthy, McCarthy on Trademarks and Unfair Competition §29:61 (4th ed 2010)). However, Congress has not amended US trademark laws to expressly incorporate the doctrine. As a result, there is disagreement in US civil courts and the TTAB (the administrative tribunal that decides opposition and cancellation proceedings) as to whether the well-known marks doctrine applies.

In Grupo Gigante v Dallo (391 F3d 1088, 1108,9th Cir 2004), a Mexican grocery store chain trading under the GIGANTE mark sued a grocery store using the GIGANTE mark in San Diego. The US Court of Appeals for the Ninth Circuit (which covers California and other western states) recognised the territoriality principle – that priority of rights in the United States is based on priority of use in the United States, not priority in other countries. However, the court also acknowledged that the well-known marks doctrine is an exception to that principle. Applying this, the court found that, even though the foreign user did not actually use the mark in the United States until after the domestic user, given that consumers in the United States recognised the foreign user’s mark as having achieved a certain level of fame, the territoriality principle did not deny priority to the foreign user. The court reasoned that applying the territoriality principle in an absolute manner would promote consumer confusion and fraud given the nature of borderless transactions.

In contrast, in ITC v Punchgini (482 F3d 135, 142,2d Cir 2007), the Second Circuit (which covers New York, Connecticut and Vermont) reached the opposite conclusion. In that case, ITC owned and operated the Bukhara restaurant in India, Singapore and other countries, including a franchised location in the United States. After the franchised location closed, individuals who had worked at the Bukhara restaurant in India and the franchised location in the United States opened a restaurant named Bukhara Grill in New York City. ITC filed a lawsuit against the owner of the BUKHARA GRILL mark. Based on the territoriality principle, the court held that “absent some use of its mark in the United States, a foreign mark holder generally may not assert priority rights under federal law, even if a United States competitor has knowingly appropriated that mark for his own use”. The court held that the well-known marks exception did not apply because Congress had not expressly incorporated the well-known marks doctrine into US law.

Additional protection for famous marks in the United States

Foreign marks that are protectable in the United States (based on registration) may be entitled to broader protection if they qualify as famous under the Federal Trademark Dilution Act (15 USC §1125(c)).

US dilution law protects famous marks from uses that are likely to cause harm to the distinctiveness or reputation of the mark. For example, if a company were to use a famous mark (eg, FACEBOOK) on unrelated goods and services (eg, cosmetics), consumers would not be confused into believing that Facebook is the source of the cosmetics or that the cosmetics are affiliated with Facebook. However, the association between FACEBOOK and cosmetics may impair the distinctiveness of the mark over time. Similarly, if a company were to use the FACEBOOK mark for pornographic movies, for example, the association could harm the reputation of the mark. Thus, US dilution law protects famous marks against uses of the same or similar marks for any goods or services, even in the absence of confusion.

The level of fame required for protection under dilution laws is higher than the standard for establishing that the mark is well known within the meaning of the well-known marks doctrine.

To qualify as a famous mark under US dilution law, the mark must be distinctive and “widely recognised by the general consuming public of the United States” as a designation indicating a single source of goods or services, according to 15 USC §1125(c). Fame in a limited geographic market in the United States (eg, a certain state or region) or in a specialised market (eg, medical equipment) is insufficient. To qualify, the mark must be a ‘household’ name. US courts, under 15 USC §1125(c)(2) (A), consider several factors in determining whether a mark is famous, including:

The fame of some marks is fairly obvious, while the analysis is more difficult for some popular trademarks.

Marks have been held famous in the United States include adidas’ three-stripe mark (for shoes), VISA (for credit card services), NIKE (for athletic footwear and apparel) and ROLEX (for watches).

In contrast, marks that have been held not to be famous in the United States include APP STORE (for stores selling software apps), COACH (for handbags and letter goods), CHARLOTTE (for women’s clothing accessories) and TIMBERSTONE (golf course).

If a mark acquires the level of fame necessary for protection under federal dilution law, then the owner may potentially stop junior users from using the same or similar marks for any goods or services in the United States, even in the absence of a likelihood of confusion.

Owners of foreign marks should ensure that they register and maintain the registration of their marks in the United States, rather than rely on the well-known marks doctrine, since the application of this in the country is uncertain. Foreign marks that can show use in the United States and can be shown to be famous are given broader protection, and owners can bring added dilution claims that are not available to other marks. 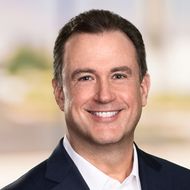 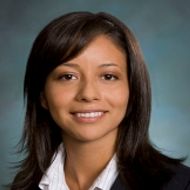