A new study scrutinising the millions of marks on the US trademark register has discovered that more than 81% of the 1,000 most frequently-used words in the English language are already registered as single-word trademarks. One of the study’s authors characterises the findings as “disturbing”, warning that it could cause problems for those seeking to create brand names in the future.

The study, “Are we running out of trademarks? An empirical study of trademark depletion and congestion”, was published in the Harvard Law Review this week. It was conducted by New York University School of Law academics Barton Beebe and Jeanne Fromer, who set out to discover whether the traditional assumption that there is an “inexhaustible supply of unclaimed trademarks that are at least as competitively effective” is accurate. To do this, the authors studied all 6.7 million trademark applications filed at the USPTO from 1985 to 2016, along with the 300,000 marks already registered at the office as of 1985. The data from those marks was then compared with the most frequently used words and syllables in American English and the most common surnames in the United States.

The results were startling. As the table below indicates, just over 81% of the 1,000 most frequently used words in American English are registered as single-word trademarks. That falls to 62% when looking at the 10,000 most used words, and to 23.5% with the 86,408 most frequently used words – although the paper notes: “These 20,295 words account for 74.0% of all word usage. In effect, when we use our language, nearly three-quarters of the time we are using a word that someone has claimed as a trademark.”

Of the words from the top 1,000 that remain unclaimed as registered single word trademarks, the report reveals that most carry negative connotations (eg, ‘despite’, ‘died’, ‘difficult’, ‘disease’, ‘killed’, ‘lack’, ‘loss’, ‘older’, ‘problem’ and ‘violence’), have questionable sales appeal (eg, ‘least’, ‘perhaps’, ‘probably’, and ‘trying’), or have strong basic meanings that could impede successful branding (eg, ‘drug’, ‘religious’, and ‘wants’). There are also a large number relating to gender and family that are frequently used but not claimed as trademarks (such as ‘husband’, ‘wife’, ‘married’, ‘male’, ‘woman’, ‘daughter’, ‘herself’, and ‘himself’). The only three words that do not appear within actively registered marks are ‘although’, ‘showed’ and ‘seemed.

When it comes to the registration of common surnames as single-word marks, the results also show high registration rates. Of the 151,671 surnames listed in the US census, 22,125 identically match a single-word trademark registered in 2016 – with those surnames representing 55.4% of the US population. When it comes to surnames appearing within registered trademarks, the level is near-ubiquitous – of the 1,000 most common surnames, only 11 do not appear within active marks.

The same high rates are found in regards to syllables used in the English language: of the 10,753 most frequently used syllables in American English, 5,632 (52.4%) are claimed as one-syllable marks. The authors state that they expect creative uses of syllables to increase in the future, as more common words are already taken as brand names, but they ward off being too creative in this regard. “Comparing single-syllable marks with all syllables appearing in the corpus also shows which syllables have been coined by trademark registrants. Here we find a large number of almost comically obtuse brand names: GLOG, GUK, LUNK, SKIDE, TSUGE, ZOOTH, KNIRPS,” they observe. “To be sure, some firms may seek to distinguish themselves by the relative awkwardness of their brand names, but this cannot be an effective strategy for all new trademark registrants. When taking into account the marketing goals of typical firms, we see significant depletion of neologisms that promise to be at least minimally competitively effective.”

The paper goes into incredible depth – including looking at common words, surnames and syllables used within domain names (“Of the 86,408 most frequently used words in English, 77,340 are currently registered as domain names in the .com TLD”). And the conclusions are stark, with the authors stating that this trademark depletion is “gradually damaging competition” and “increasing consumer search costs”, adding: “Consumers’ ability to quickly link a mark with the source and qualities it is intended to represent is directly related to how memorable the mark is to consumers. As depletion increases, so does trademark length, complexity, and bulkiness. Consumers must cope with less efficient marks.”

Beyond the more abstract concerns of trademark depletion, they also say there are very tangible, potentially lethal, effects. “For pharmaceutical products, trademark congestion can literally kill. If different drugs with distinct effects have the same name, or names that are too similar, doctors or pharmacists may inadvertently substitute one for the other with potentially lethal consequences. In fact, between eight and 25% of medication errors are attributed to name confusion.”

It’s for that reason, then, that Beebe and Fromer make a number of suggestions to reduce trademark depletion and congestion. They include raising maintenance and renewal fees (to increase the “likelihood that registered marks will be released back into the wild”) and a more strictly enforced use requirement (referencing, and praising, the USPTO’s random auditing in this regard). Other more ambitious suggestions include a reformed Lanham Act, wherein the USPTO would “no longer search the register to determine if an applied-for mark is confusingly similar to an already-registered mark”.

Talking to the Marketplace radio show, Beebe described the results as “disturbing”, and admitted it’s “not clear” what can be done to address the issue. “I wouldn’t say people can easily register a trademark, but the barrier is fairly low – but the concern there is that in trying to solve this problem, we put a lot more pressure on small businesses who don’t have the sophisticated legal help to help register their marks,” he explained. He further acknowledged that the results aren’t necessarily negative, but they do reveal challenges ahead for business owners. “If I was to tell you that our economic system has reached a level of development where we’re running out of words you’d think I’m nuts,” he added. “There’s a good side to this story, of course, an exciting side. But on the other hand, I think over time, in this century, it will become harder and harder for companies to find good brands.”

For trademark practitioners, it is also a reminder that search and clearance work could become increasingly challenging as time goes on. We've written extensively about the difficulties in communicating to marketing and creative colleagues why certain terms and names are out of bounds, as well the need to suggest alternatives in a bid to become a creative partner. Expect both activities to get a little more arduous as the pool of available names dwindles further. 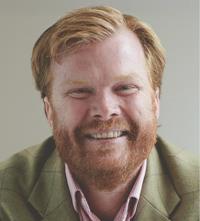