(This article has been updated with comments from Julian Moore, managing director at Quayle Munro – comments are italicised below)

In the last year there has been a noticeable increase in mergers and acquisitions (M&A) deals involving IP service providers. New research from advisory firm Quayle Munro has valued this activity at $5.4 billion over the past five years, and forecasts that more growth and consolidation is to come.

The research, contained in a white paper, reveals that the number of M&A deals involving IP software, data and analytics has increased by more than a third since 2015, with private equity increasingly eyeing the sector (of the 17 deals closed in the last year, 12 involved private equity investment). In total, deals over the last five years are calculated to have totalled $5.4 billion in value, with compound growth of almost 35% annually. However, as only a quarter of transactions make their values public, that the total value of these deals is likely to be considerably higher.

The growing interest in IP service providers has been attributed to the shift to a knowledge economy and increased dependence on intellectual property. Andrew Adams, CEO at Quayle Munro, avers: “In today’s economy, companies’ values are increasingly tied to their intellectual property and those at the board level recognise that. Consequently, we’re seeing major interest in decision-making and workflow solutions that can help safeguard and enhance IP in order to create value from it. These tools are not just being used by big businesses to manage their IP portfolios. With delivery models such as software as a service, SMEs are also able to access them, providing massive opportunities for the market to grow. With these dynamics in mind, we anticipate that the M&A market in this sector will go from strength to strength.”

To emphasise this point, the white paper highlights the fact that there have already been four new deals announced in the first quarter of 2017 alone. The paper also predicts that the IP services market will continue to consolidate as big players drive further M&A activity.

Over the last year, there have been many large and noteworthy buy-outs, mainly by private equity firms: from Thomson Reuters’ record $3.5 billion sale of its IP & science unit in 2016 to the more recent purchase of CPA Global for $3.1 billion by Leonard Green & Partners. Whether these enormous deals will be topped in the near future remains to be seen, but what is apparent is that this trend of consolidation won’t be reversing any time soon.

The research demonstrates the growing influence and value of IP technology, but the consolidation of these services could be a mixed blessing for brand owners. Rights holders may benefit from a wider range of services in the event of a merger or acquisition; however, as these deals become more commonplace, so too does the danger of prices being driven up, especially as competition in the market is reduced. In any case, it is worth bearing in mind that we will likely be seeing plenty more M&A deals in this sector in the near future.

“The growth in IP solutions M&A has been driven by two large transactions – the buyout of Thomson Reuters IP & science unit and the buyout of CPA Global. These transactions mean that two of the world’s leading intellectual property businesses are both in the hands of private equity. These transactions will repeat as private equity investors exit these investments in probably 3-4 years’ time – so in the short term there is likely to be a decrease in M&A volumes in USD terms. There has however also been a general uplift in the number of small and mid-sized M&A deals. This M&A is driven by technology innovation. The changes that are happening in the technology arena are likely to continue to drive IP M&A going forward.”

Regarding the possibility of price increases for end users, he adds: “All companies and shareholders have a duty to increase shareholder value and there are three basic revenue driven levers that a business can use to do so: one lever is to increase prices. A second lever is increasing market share by selling more products to the same customers and the third is further penetrating the marketplace by expanding the customer base. Now is more a time for the second two levers than for price increases. Ultimately, it is about automating IP processes using more efficient technology solutions and taking advantage of the fact that there are broader groups wanting access to IP information as well as. What we are likely to see in the market is prices potentially coming under pressure rather than going up. This is likely to be driven by advances in technology and the ability to launch nimble solutions at a lower price so as to take market share.” 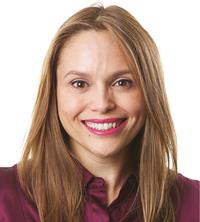