The US Patent and Trademark Office’s (USPTO's) Trademark Commissioner Mary Boney Denison has expanded on the office’s proactive efforts to clamp down on fraudulent and misleading trademark solicitation campaigns. Offering assurances that the matter is being dealt with as a priority, she disclosed plans to have USPTO staff members placed in the Department of Justice to aid prosecution efforts.

We have written previously about efforts to combat trademark solicitations: it was revealed late last year that more than 8% of fake invoices sent as part of a fraudulent solicitation campaign in New Zealand were paid, showing how surprisingly effective such scams are. As noted in previous analysis, this issue has been a source of concern to brand owners and IP professionals and in some instances law firms have taken up the fight. In July we reported on the news that Leason Ellis had filed a lawsuit against one such party which calls itself the Patent and Trademark Association. The firm alleged that it was seeking to confuse trademark owners into purchasing listings on a private trademark database that “provides no extrinsic value”. The firm’s Peter S Sloane also authored a guest blog that reflected on a recent Trademark Public Advisory Committee (TPAC) and USPTO roundtable discussion about how best to raise awareness of the issue, and what strategies could be implemented to tackle the problem.

Sloane left that roundtable “encouraged by the prospect of an ongoing dialog between government agencies and the trademark bar”, and today Denison declared that the office had “recently taken the bull by horns” in its efforts to combat this problem. Specifically, she disclosed that the office is currently pursuing new forms of cooperation with the DOJ, seeking to have its own lawyers placed within the government department, in order to assist it with the prosecution of trademark fraudsters. “The fraud section (of the DOJ) doesn’t have the manpower to pursue many of these cases, which take a long time and a lot of work,” she explained, adding: “We have candidates over there being considered; they’ve had interviews, the process is well underway and hopefully we will get some people in the DOJ for a year or so to help send a message to the criminals that this is not acceptable.”

Denison also mentioned that warnings about fraudulent solicitations had been placed on the USPTO website – on webpages and an online video – as well as in official cover emails and on each physical registration form. Asked whether there was a way of reporting offences to the trademark office, she advised that the priority for IP professionals should be to bring fraudulent solicitations to the attention of the Federal Trade Commission (FTC), which is monitoring the scale the problem. If crimes weren’t reported, Denison warned, the FTC might underestimate the severity of the issue, and not know which suspects to pursue.

Denison was speaking at today’s quarterly meeting of the TPAC, where attendees were also updated on a number of other developments at the office. For instance, she expanded on the office’s cooperation with other TM5 offices on the issues of image searching and use of universal images on IP websites. The recent hiring of chief experience administrator Jill Wolf – one of only five throughout the US government – was highlighted as part of efforts to improve customer experience; the introduction of a form finder, a simplified application, and plain language on the website were also cited in this regard. 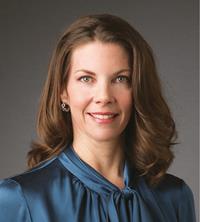