In our latest trademark industry news round-up, we look at a notice of proposed rulemaking from the USPTO, Twitter prevailing in a trademark dispute and research exploring law firm gender inequality. Coverage this time from Trevor Little (TL), Adam Houldsworth (AH) and Timothy Au (TA).

USPTO proposes paperless future – The USPTO has published a notice of proposed rulemaking, seeking comment on its plan to require trademark applicants and registrants to file applications (and documents concerning applications) and registrations online using the Trademark Electronic Application System. It would also require them to provide and maintain an accurate email address for receiving correspondence from the USPTO. The move supports the office’s goal of having end-to-end electronic processing of applications and registrations, resulting in faster processing times and fewer errors. Under the proposed rules, paper and fax submissions would no longer be accepted. Email submissions would continue to not be accepted. The comment period is open until 30 July 2018, with the full notice available here. (TL)

‘You say counterfeits, I say…’ – Over on IP Watch, Catherine Saez reports that Brazil, India and South Africa are convening a workshop at next week’s World Trade Organisation (WTO) intellectual property committee meeting to discuss the World Health Organisation’s (WHO) approach to substandard and falsified medicines. Specifically, the workshop is intended as a forum in which to highlight the WHO’s decision to replace the term “substandard/spurious/falsely-labelled/falsified/counterfeit medical products” with “substandard and falsified medical products.” As Saez notes, according to the three countries: “It would seem that many WTO Members still use the term ‘counterfeit’ medicines when referring to a variety of scenarios that may be covered by the WHO definition of substandard and falsified medicines.” The gathering, then, is intended to explore how common ground can be built. (TL)

Twitter prevails in TWiT trademark dispute – A trademark infringement suit against social media giant Twitter has been thrown out by a US federal judge. The suit was launched by TWiT LLC – a video and audio content provider, otherwise known as This Week in Tech – and alleged that the Twitter brand is confusingly similar to its own. The two companies coexisted for more than a decade, which TWiT claims was dependent on the brands offering distinct services. The relationship broke down in 2017 when Twitter announced that it would create its own video streaming service. But, it is reported, a US District Judge in California has determined that there is no evidence that Twitter ever agreed not to offer such a service under its brand. (AH)

GoFundMe targets HomeFundMe in trademark suit – It has been reported that crowdfunding service GoFundMe has filed suit against fellow California-based company CMG Mortgage, with the former accusing the latter of trademark infringement for its new crowdfunding service, HomeFundMe. In its complaint, filed in San Francisco federal court, GoFundMe claims that CMG is using the crowdfunding platform’s reputation to try to “propel its service into the national spotlight”, and is seeking both damages and an injunction against the mortgage brokerage company to prevent it from using the name HomeFundMe. We have previously written about disputes between brand issues when navigating the crowdsource environment but trademark disputes between providers are relatively rare, making this one to watch. (TA)

IP fight erupts between 23andMe and Ancestry.com – DNA testing companies 23andMe and Ancestry.com have locked horns in court over a dispute regarding their respective IP rights, according to WIRED. California-headquartered 23andMe filed suit against its largest competitor, accusing Ancestry.com on grounds of patent infringement and false advertising. It alleges that its Utah-based genealogy rival infringed on one of its patents for analysing DNA and that it has engaged in false advertising, with one page from its website stating that it offers fives times more regions than other DNA tests but specifying in small print that this is compared to other services that are not 23andMe. Ancestry.com has also been attacked on the trademark front: 23andMe has additionally claimed that the word “ancestry” is too generic to be awarded protection as a trademark registration. The California-based genomics company is seeking damages and disgorgement, while Ancestry.com has responded that it intends to “vigorously defend” itself against these allegations. The dispute will play out but serves as a reminder of how counsel need to be alive to false advertising rules – whether for offence or defence moves. To that end, a group of senior trademark and brand professionals convened in New York in January to discuss recent and developing trends in false advertising law. Coverage of the discussion is available here.  (TA)

UK discount chain to pay damages for Fred Perry counterfeits – TJ Hughes, a well-known UK discount retailer, has admitted selling thousands of Fred Perry knock-offs, and has agreed to pay unspecified compensation to the luxury fashion brand. Around 2,500 fake versions of Fred Perry’s iconic polo shirts were sold in TJ Hughes stores. The fashion label commented that “the laurel wreath is more than a logo to us – it’s badge of honour that has always sat over the heart of everybody who wears a Fred Perry Shirt, and we will always protect it”. This is not the first time that the brand has agreed to receive compensation from a major retailer for the sale of counterfeits: it has previously received payments from TheHut.com and SecretSales.com, both of which claimed to have sold the offending items unwittingly. (AH)

Research explores law firm gender inequality – A new study carried out by the University of Eastern Finland and TÉLUQ University in Quebec has concluded that the professional culture in law firms rests on traditional masculine ideology, with men regarded as the providers for their families – a view that does not encourage them to combine their professional career and childcare. The findings were reported in the International Journal of the Legal Profession, with the authors noting that the fact that few male lawyers take parental leave is an indication of gender inequality within the legal profession. Marta Choroszewicz, a researcher from the University of Eastern Finland, reflects: “In law firms, family policies and flexible working arrangements are mainly targeted at women, and this has a negative impact on women’s career development. If fathers took a more active role in child care, it would facilitate the emergence of a professional culture that is more family-friendly. In the process, it is also likely that this would reduce gender bias in the division of legal tasks and career paths within law firms.” This is not specifically a trademark story, but is one that should be of interest to all in the legal world. (TL)

New technique developed for detecting counterfeit flash memory – Researchers at the University of Alabama in Huntsville are reported to have pioneered a new, simple and inexpensive way of identifying fake flash memory products. The form of digital storage is said to be especially susceptible to counterfeiting because of its widespread use in consumer electronics. This, along with difficulties in detecting flash memory knock-offs hitherto and a shift from vertical to horizontal supply chains for semiconductors, has led to it becoming one of the most faked electronics products on the market. Responding to this problem, the academics have developed a new method which they claim can detect flash drive fakes with close to 100% accuracy. The technique is based on “a combination of the statistical distribution of various timing characteristics of memory and the number of faulty bits (the smallest unit of data in a computer)”. This contrasts with previous detection means, which focused largely on fail bit count and the speed at which the chip can read and write. (AH)

Liquid crystal may be the future for fighting counterfeits – A new paper from researchers at the University of Luxembourg’s Physics and Materials Science Research Unit claims that, among other things, liquid crystal shells could be utilised to prevent counterfeiting. The material, which is neither fully solid nor liquid, can be applied to any device or item and subsequently arranged into machine-readable patterns and made to reflect a specific light wavelength undetectable to the human eye. While its primary use would be for sensors, the research team notes that the material could also be used to create unique patterns for products that cannot be copied. This would provide a measure of security for both buyers and sellers to guarantee that products are genuine. The paper states, however, that much more research and development needs to be done before liquid crystal shells will become commercially available. (TA)

Canadian health minister proposes warnings on individual cigarettes – While tobacco plain packaging is likely well on its way in Canada, with the relevant Bill S-5 having received royal assent last week, Canada’s Minister of Health Ginette Petitpas Taylor has proposed that health warnings should be placed on each individual cigarette as well, stating: “I have to tell you these ideas are being studied and I also have to tell you I really like them. They are quite bold.” The news was welcomed by the Canadian Cancer Society, whose senior policy analyst Rob Cunningham averred: “A health warning on the cigarette itself would be a cost-effective communications opportunity to convey a health message… and would also make cigarettes less attractive and provide an additional measure to reduce contraband.” At least in countries where plain packaging has been implemented though, the effectiveness of the practice continues to be a hotly debated topic. (TA)

GDPR’s impact on counterfeiting fight hits the mainstream media – On World Trademark Review we have written at some length on the impact of the EU’s General Data Protection Regulation (GDPR) on access to WHOIS data and how that will affect efforts to fight infringing domains and online content. This week, the Financial Times picked up on the issue, focusing on how GDPR will hinder the efforts of luxury brands to fight back against fakes. Harriet Agnew points to the importance of reverse WHOIS searches for the identification of domains linked to infringing registrants, a tool that will likely be lost to brand owners, and spoke to Armando Branchini, vice-chairman of Italy’s luxury industry association Altagamma, who warned: “To take legal action you need to know against whom to take legal action. Without this, the fight against counterfeiting will be even more difficult.” In the ICANN world, discussions continue in a bid to formulate an access policy that will allow rights holders to access registrant data. In the meantime, infringers will likely rejoice in the shield that GDPR provides. (TL)

New free-to-view anti-counterfeiting guide – The 2018 edition of Anti-counterfeiting – A Global Guide, which provides trademark and brand protection professionals with critical guidance on anti-counterfeiting laws, procedures and strategies in key jurisdictions around the world, is now available to view online. This indispensable publication analyses the anti-counterfeiting frameworks in place in 21 jurisdictions, with two regional chapters identifying wider trends and best practices in the European Union and the Western Balkans. In addition, an industry insight section offers guidance on the creation of global anti-counterfeiting programmes, analysis of the liability of physical intermediaries and an exploration of best practice in working with online platform operators. There is also tailored strategic advice for those operating in the fashion and luxury sector. You can access the guide here. 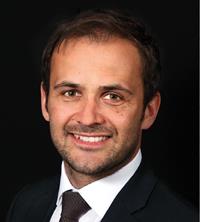