Every Tuesday and Friday, World Trademark Review presents a round-up of news, developments and insights from across the trademark sphere. In our latest edition, we look at India exploring a drug serialisation programme, the TTAB looking for applications for a senior role, trademark lessons from the closure of the Ivanka Trump brand, a call for an IP tribunal in Uganda, and much more. Coverage this time from Trevor Little (TL), Tim Lince (TJL), Adam Houldsworth (AH) and Timothy Au (TA).

US Senate backs trademark awareness efforts – The United States Senate has passed S. Res. 580, which recognises and supports the need for increased public awareness on the importance of trademarks, as well as the goals and ideals of the USPTO’s National Trademark Exposition. The resolution does not lay out future actions to be undertaken, but does note that intellectual property “is instrumental to the economy of the United States by fueling innovation and creating jobs” and acknowledges “the escalating threat counterfeit goods pose to businesses and jobs”. Commenting on the resolution, INTA CEO Etienne Sanz de Acedo stated: “S. Res. 580 is of particular importance to INTA and its members in the United States and around the world, as it underscores INTA’s strategic priorities of promoting the value of trademarks and brands through the protection of trademarks and related intellectual property, and reinforcing consumer trust by highlighting trademarks as a source of information, and brands as a promise of delivery. The Resolution couldn’t be timelier. It powerfully brings attention to the value of trademarks and critical issues such as counterfeiting that affect brand owners, the economy, and society at large.” (TL)

UKIPO drives home message about fake auto parts – The UK Intellectual Property Office has issued new guidance as part of a cross-government and industry campaign warning about the dangers of fake car parts. The move is part of a collaboration with the auto industry (including Audi, BMW and the Independent Automotive Aftermarket Federation), trading platforms (such as Amazon and eBay) and other official bodies (including Trading Standards and the Police Intellectual Property Crime Unit). The UKIPO’s guidance gives tips on how to avoid buying fake parts when shopping online and on the high street. A statement from Audi’s brand protection team expands: “Counterfeiters aren’t choosy when it comes to selecting fakes. According to our investigations, a large number of spare parts are counterfeited in the automotive business. These include service-relevant components, such as oil filters or air filters, crash-relevant components such as bumpers, radiator grille or bodywork, but also safety-relevant parts such as suspension arms, exhaust systems or brake linings. Spare parts produced using inferior materials clearly pose high risks for Audi consumers. We are pleased to be part of this campaign to warn and protect our customers.” (TL)

Counterfeiting ring taken down thanks to winemaker’s investigation - Several members of a $1 million-plus counterfeiting ring were arrested and charged for fraud and money laundering by Spain’s civil guard earlier this month. They had been involved in the sale of fake Pingus and Vega Sicilia fine wines, which they sold for almost $2000 per bottle, having purchased the contents for less than $20. The Drinks Business has revealed that the police came after Pingus had spent a year gathering evidence to highlight the operation to the authorities. Peter Sisseck of Pingus explained that a Danish importer had raised the alarm when bought a bottle that appeared fake. Sisseck traced the bottle - which he agreed looked suspicious - to the restaurant in Galicia on where the gang was based. Remembering that he had been previously been informed of a large Pingus cork purchase by a restaurant in the region, he hired a private investigator to look further into the matter. Only after a year’s evidence gathering did the company pass the case on to the Spanish police. (AH)

India to explore drug serialisation programme – Drug regulators in India have announced that they will consider establishing a serialisation programme for domestic drugs. Such a programme could involve printing a unique serial number on drug packaging, thereby allowing consumers to check a product’s authenticity by telephone or text message. Current plans for drug serialisation have been criticised for failing to provide adequate protection to customers, proposing that only 300 commonly used drugs be covered; it has also been argued that drug counterfeiters would not be unable to game the system in order to present fakes as the genuine article. It is reported that a working group for new proposals will include representatives of the pharmaceuticals industry as well as from the country’s Central Drugs Standard Control Organisation. (AH)

Taylor Swift’s cat trademarks – will Ed Sheeran follow suit? – We’re not one to ignore the latest intellectual property developments involving pop star Taylor Swift. In the past, we’ve written about the surprisingly tenacious IP rights protection of Swift, including her partnership with JD.com and Alibaba to combat fakes and her sometimes controversial trademark filings. Well this week we have more of the latter, with reports of Swift “moving to trademark her cats. The Daily Mail reveals that “the singer has applied to copyright 'Meredith And Olivia Swift,' leaving the door open to a potential stage show about her pets”. Ignoring the sloppy use of ‘copyright’ in the reporting, the media reports focus on a recent application at the USPTO for the term MEREDITH & OLIVIA SWIFT by Swift’s commercial entity TAS Rights Management. The mark is in various classes covering merchandise goods and entertainment services. On the face of it, the mark is not unusual for the pop star – her two cats regularly feature on her Instagram (with 110 million followers), and she sells merchandise featuring the cats’ faces on. Naturally, some media reports suggest its more evidence of trademark overreach. But our question is whether fellow superstar Ed Sheeran, who this week setup a dedicated Instagram to his own cats, will follow suit with cat-related trademarks. Though on this question we are doubtful; mostly because his cats are named after major brands (Dorito and Calippo), so that could prove more difficult than Swift’s cat names (which are named after TV characters from Law & Order and Grey’s Anatomy). (TJL)

The TTAB needs you (if you are suitably qualified) – Over on The TTABlog, attention is drawn to a notice announcing that the USPTO is seeking applications for the position of Administrative Trademark Judge at the Trademark Trial and Appeal Board. Judges are responsible for hearing and deciding adversary proceedings involving oppositions to applications, petitions to cancel registrations, and concurrent use proceedings; and for hearing and deciding appeals from final refusals by trademark examiners to allow the registration of trademarks. The announcement is open until August 23 2018. Further details may be found here. (TL)

Franconia repository closure – In other news from the USPTO, the office has announced the closure of the Franconia repository. In an alert sent out to practitioners, it notes that, while the official record for trademark applications and registrations is maintained electronically at Trademark Status & Document Retrieval (TSDR), some trademark file records indicate a physical location of ‘File Repository (Franconia)’. However, with the latter the closing, trademark paper records previously stored there are no longer available for retrieval. The office adds that most paper files have been destroyed, but a small number have been moved to the National Archives and Records Administration or the Federal Records Center. If you believe a document in the electronic prosecution history of a trademark registration or application is missing from the TSDR record, an email request for correction can be sent via email to: [email protected] (TL)

Call for IP tribunal in Uganda – The Judiciary in Uganda has publicly recommended the creation of a specialised tribunal to address intellectual property cases, according to a report in the Daily Monitor. During a copyright workshop organised by law firm Kurukanga, Tabaro and Associates, principle judge and justice Yorokamu Bamwine said there is “a need for a specialised court to dispose of copyright and IP cases,” adding: “Cases in our courts take long for reasons beyond our control. Advocate for tribunals like the electricity tribunal, tax appeals tribunal as alternatives to litigation to manage the rising number of cases in this area.” As well as speed, it would help curtail the rising backlog of cases, he said. There are currently 3,000 unresolved cases in Uganda’s commercial courts, the judge explained, and it is leading to situations where rights holders are ignoring infringement due to the long wait to resolve a case. Hopefully, if such a tribunal is set up, the situation could resolve and Uganda’s IP environment would get the boost it needs. (TJL)

LNDR v Nike dispute highlights speedy IPEC proceedings – Activewear brand LNDR has prevailed in an IP dispute with Nike over the latter’s use of ‘LDNR’ in an advertising campaign. Nike’s ‘Nothing Beats a Londoner’ used the acronym on social media, live events, merchandising giveaways and store displays. An interim injunction was issued requiring Nike to cease using ‘LDNR’ until the trademark dispute was determined in a trial, which took place two weeks ago in the Intellectual Property Enterprise Court (IPEC). In the resulting decision, Justice Richard Arnold decided that LNDR’s claims for trademark infringement and passing off succeeded, LDNR having produced evidence from members of the public who were confused into thinking there was a commercial tie-up between the two brands. Osborne Clarke represented LNDR, with Arty Rajendra, head of IP disputes in the UK, reflecting: “This case showcases the speed at which the English IP court acts when a case is urgent. We issued the claim in February 2018, obtained an interim injunction in March 2018, got it substantially upheld by the Court of Appeal later that month, and had a trial in July 2018, with judgment being given 12 days later.” Nike has not yet indicated whether it intends to appeal. (TL)

Lessons from Ivanka Trump’s retired brand – The shutting down of the Ivanka Trump brand was one of many headline stories involving figures working in the White House this week. The continuation of the Ivanka Trump brand while the namesake herself was working in her father’s administration sometimes ruffled feathers – especially when it attained trademark registrations on dates that seemed, to some, to be suspicious. Now, there will (presumably) be no more feather ruffling after Ivanka Trump announced the shutdown of the fashion brand this week. Over on Forbes, contributor Jess Collen explained lessons he’s taken away from the shutdown from a trademark perspective. One of the main lessons is on damage to a trademark – in a world when an offensive tweet can cause a backlash, the risk is a thousand times greater when your father is the President of the United States. “Trademarks have been tarnished by a person’s dumb tweet, or in earlier times, by a stray statement quoted in a trade magazine,” Collen explained. “There is not a lot of trademark precedent for tracking damage to a brand when the owner is the Leader of the Free World, and the trademark can take a hit because of North Korea, Iran, or Russia.” (TJL) 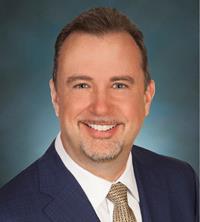