URS procedure – what it is and what it does

The URS procedure is a domain name dispute rule set similar to the better-known UDRP, but with a number of key differences – primarily, that it applies mainly to new gTLDs and provides only for suspension (not transfer) of the domain name.

The reach of the URS might continue to expand, although its retroactive application to pre-existing domain name registrations has prompted concerns that it could expose incumbent registrants to uncertainty and unanticipated claims. The concerns are probably unwarranted: these domain names would already be subject to the UDRP, and – generally – if conduct could be caught by the URS, it should also be caught by the UDRP. If anything, a URS is more difficult to substantiate than a UDRP. Its inclusion in revised registry agreements will provide complainants with a new remedy, but should not expose registrants to material new vulnerabilities.

Aside from its application to fewer types of domain name, the key difference between the URS and the UDRP is that the only remedy under the URS is suspension of the domain name, rather than cancellation or transfer. Once suspended it cannot be used or renewed and it loads a placeholder website advising that its suspension is the result of a URS proceeding. The complainant may (at its own cost) renew the domain name once while suspended.

Another key difference is that a URS complainant cannot rely on rights in figurative or logo marks. While it is arguable that a figurative registration provides rights in any words contained therein, examiners have interpreted this requirement strictly, rejecting cases based on figurative marks (eg, Forum Case 1701189F). Complainants must also prove the mark is in use at the time of the dispute. Common law rights are excluded unless previously acknowledged by a court.

The URS’s higher burden of proof has made it more difficult for complainants to succeed when its assertions are imprecise or contested by a respondent. Under the UDRP the standard of proof is ‘balance of probabilities’, whereas the URS requires ‘clear and convincing evidence’.

Under UDRP rules, domain names will not be cancelled or transferred until 10 business days after a decision, which in straightforward cases normally issues eight to 10 weeks after the complaint is filed. Once a decision is issued, the 10-day pre-implementation grace period can allow for a court challenge. Clause 4(k) of the UDRP states:

This is not a right of appeal but an opportunity to avail of applicable causes of action that might, in the relevant territory, influence the implementation of the UDRP decision.

The complainant sets the jurisdiction for a court challenge when it files the complaint – the options are:

Remedies can vary significantly by jurisdiction, so the decision can be significant. For example, the US Anti-cybersquatting Consumer Protection Act allows for a de novo trial and declaratory relief, overriding the UDRP decision. By contrast, UK Courts have declined to interfere with UDRP decisions (Yoyo.email Ltd v Royal Bank of Scotland Group Plc [2015] EWHC 3509 (Ch) (2 December 2015)). Obviously, there is a clear imbalance of control (in the complainant’s favour) over the availability of recourse.

As a contrast to the UDRP, while there is a similar provision for court proceedings under the URS (Rule 3(xi)), the URS never has to be the final word, and court is not the only option for challenging a decision.

First, any domain name already subject to a URS decision (regardless of outcome) can be included by the URS complainant in later UDRP proceedings regardless of tribunal (ie, a Forum URS does not preclude a later WIPO UDRP). Second, either party to URS proceedings can appeal the URS outcome within the same tribunal. For complainants, Forum even offers an option between an appeal pursuant to URS rules or as a UDRP. An appeal under the URS rule set must be filed within 14 days of the decision (URS Procedure 12.4). While it is not clearly set out in the Supplemental URS Rules, it appears from the fee table (Supplemental Rule 18) that a Forum-administered URS can be appealed to a Forum-administered UDRP within 30 days of the first-instance decision. All appeals are de novo with provisions for new evidence.

Controversially, defaulting URS respondents can also re-open a case even after a default decision has been rendered and implemented. This can be done simply by filing a late response up to six months from issue of a default determination or, with supporting reasons, seeking an extension of time of up to an additional six months to file the response (URS Procedure 6.4). If the domain name expires in the meantime, presumably the registrant would lose this option.

Once a late response is filed, the respondent’s website can go back up, as the registrar is directed to have the site returned to the initial IP address rather than the page with the suspension notification. Presumably the domain name could also be used again for email.

The intention is that the URS is quicker and less expensive and – noting the higher burden of proof – that complainants should be able to make out a clear and convincing case in 500 words or fewer, supported only by a screenshot of the respondent’s website.

However, the more interesting points are certain tactical advantages afforded to complainants. First, where English is a complainant’s preferred language but not the language of the registration agreement, a URS could be easier to manage than a UDRP. Second, a respondent in a case with 15 or more domain names at issue does not incur response costs at the UDRP, but does incur such costs at the URS, which may increase the likelihood of default.

Given that the only recourse after a UDRP is the courts, the URS appeal procedure is comparatively very cost-effective. Assuming that the appeal is under the URS rule set (and not the UDRP), if there are no new submissions, the fee for a single panellist is $300 and $950 for three panellists. With new submissions the fees are $450 and $1,300 respectively.
If the appeal is to the UDRP (at Forum) then the appeal must be filed within 30 days from the URS decision and the usual UDRP fees apply with a discount equal to half the value of the URS filing fee, assuming that the domain names and parties are all identical to those in the first-instance case.

Domain name disputes are usually filed naming the registrant on the Whois record as the respondent. When that registrant is nominally a privacy service engaged to mask the identity of the ultimate registrant, the usual process under the UDRP is for the tribunal to obtain the end-registrant’s identification information from the registrar and relay it back to the complainant. The same approach is followed where the registrant’s information is masked due to the operation of the EU General Data Protection Regulation (GDPR).

In both cases, the complainant – on receipt of the identification information from the tribunal via the registrar – is given additional time (usually five days, but extensions and suspensions can provide further time) to amend and tailor its submissions with the benefit of the new respondent information. The proceedings then progress against the ultimate respondent as identified by the registrar (and, in cases where a privacy service was used, the complainant can retain it as co-respondent if desired). Often, once a respondent’s identity is revealed, new settlement opportunities arise, sometimes avoiding the need for fully formed submissions.

Under the URS, a complainant is not permitted to amend its complaint “at any time”; it can argue its case based only on the information at its disposal at the time the case is filed. The URS also does not provide for the ultimate registrant’s contact information to be provided in due course in the event that a privacy service is used. The Forum does, however, tend to include the name of the respondent in decisions in respect of domain names where the Whois record was redacted due to the GDPR.

These decisions usually feature the term ‘redacted for privacy’ in the style of cause, but refer to the registrant’s actual name in the section that lists the parties. ‘Redacted for privacy’ is the usual way that Whois records refer to registrant information that is concealed for GDPR reasons and is not to be confused with GDPR MASKED, which appears to be the name of a privacy service operating at gdpr-masked.com.

On the face of it, when held up against the UDRP the URS is:

But it is also far less costly than the UDRP, a much speedier remedy and, given the various cost-effective appeal options, comparatively lower stakes than the UDRP’s ‘win or court (if available)’ dynamic.

While the ‘clear and convincing’ standard can be a challenge given the 500-word cap and limited provision for evidence, complainants should also consider that the majority of domain name disputes (under any rule set) relate to clear cases of cybersquatting and apply rules that can favour complainants. An example is the ‘passive holding’ doctrine, which holds that even when a respondent simply registers a domain name and does nothing else with it, it is still potentially acting in bad faith. In other words, an absence of evidence can support a complainant’s position. Accordingly, in many cases even a higher burden of proof could have negligible bearing on complainant’s prospects of success: these are, after all, mainly cybersquatting cases.

Finally, the URS can be an effective option when traditional website takedown options fail. In situations where a complainant wants to prevent a domain name from being used for a website and email, and particularly where the website host is unlikely to respond to a takedown request, a URS can see the domain name entirely disabled in under three weeks and can prevent the site from being moved from host to host to evade enforcement. A UDRP would usually take at least three times as long.

There appears to be a place for the URS in the brand protection toolkit. While it has been slow to catch on, it seems that it may become applicable to more and more extensions, both if and when a second round of new gTLDs is launched, and also by way of inclusion in renegotiated registry agreements with established TLDs. This may see the rule set improve its reputation as an alternative to the more frequently used UDRP. In the meantime, it is clear that there are a number of situations where the URS is a valuable and potentially preferable option. 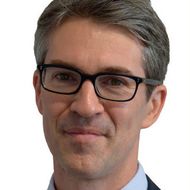