Pharmaceutical companies seeking to use and register a brand name in the United States must be aware of the regulatory requirements of the US Food and Drug Administration (FDA) related to drug naming and the rules regarding the registration of trademarks by the US Patent and Trademark Office (USPTO). These two processes typically run concomitantly but have separate requirements to fulfil and lengthy timelines to completion.

Considerations for mark clearance and selection

When clearing a mark, brand owners should consider the similarity of candidate marks with not only registered marks, but also with marks that are not the subject of a registration and are being used in commerce. This is particularly important in the United States because US trademark rights can be acquired via either use or registration. If the brand owner plans to sell the pharmaceutical product in more than one country, it is often desirable to have a product name that can be used in every country where sales will be made. Thus, a comprehensive trademark search should focus not only on the United States but also on other key jurisdictions, particularly those with stringent regulatory schemes.

In addition to results showing registered marks, business information and common law rights, those undertaking clearance searches in the United States should consider the results of the Phonetic and Orthographic Computer Analysis (POCA) algorithm, which shows match percentages between the candidate mark and those product names in use on pharmaceutical products in the United States. These scores are important as the FDA uses the POCA score as part of its regulatory approval process. If a candidate mark has a 70% match or above with an already approved drug, the FDA will subject the candidate mark to higher scrutiny during regulatory review.

Recent developments in US federal law now permit the sale of cannabis-derived products under certain conditions in states where such products are also legal under state law. The extremely rapid growth in this industry will have implications for the selection and protection of pharmaceutical trademarks as the field becomes ever more crowded.

Because pharmaceutical trademarks are typically fanciful marks, comparisons often focus solely on the similarity of the letter composition of each mark.

Applicants in the United States must adopt narrow descriptions of goods. For instance, registration for a candidate mark will not be granted for pharmaceutical preparations as a whole. Instead, an applicant must describe the particular indications that the pharmaceutical is designed to treat. US-based applicants are not entitled to registration until a mark is used in commerce. Thus, US-based applicants must make a strategic decision about when to apply for registration, as the USPTO allows applicants only three years from the date of the notice of allowance to prove use.

FDA approval of drug names is a mandatory precursor to sales of pharmaceuticals in the United States. The FDA has offices within its internal structure staffed with professionals charged with review of candidate names with the aim of reducing preventable errors when medicines are prescribed or dispensed. The FDA performs its own look-alike, sound-alike analysis which simulates real-world situations by conducting pretence calls and handwriting analysis. The FDA uses its own POCA algorithm to assign a similarity score based on similarity between a candidate mark and marks currently in use. The FDA regularly issues guidance to industry participants about its regulatory review process seeking to guarantee name safety.

For new drugs, the World Health Organisation assigns international non-proprietary names (INNs), working closely with the United States Adopted Names Council, which approves generic names in the United States. Each INN is a unique name that is globally recognised as the generic name for a pharmaceutical compound that serves as the active ingredient. Though often the drug maker selects and proposes the INN, the company has no ownership interest in the INN. After the manufacturer requests a particular INN, the WHO reviews the request and publishes it for comments – if no objections are lodged, the INN will be granted.

The Federal Food, Drug and Cosmetic Act (21 USC, Section 381 381(d)(1)(A)), states that, with limited exception, pharmaceuticals may not be exported and then reimported into the United States unless both exporting and re-importing are done by the same manufacturer. In addition, the act also prohibits the importing of any drug from another country that has not received FDA approval, even if that drug has been approved by another country’s regulatory system.

The act also limits the marketing of pharmaceutical products in the United States except by licensed manufacturers, wholesale drug distributors, certain authorised third parties or licensed medical practitioners. In addition, it expressly prohibits the distribution of prescription drugs in packaging or labelling that has not received prior approval by the FDA.

The passage of the Drug Supply Chain Security Act in 2013 remains the most recent important development in the US federal government’s quest to prevent the sale and distribution of pharmaceutical counterfeits. The act’s goal was to create, over time, an electronic system that traces and tracks a prescription through the distribution supply chain to reduce the amount of counterfeit pharmaceuticals entering the stream of commerce. The first provisions of the act took effect in November 2014, and will continue to be phased in through 2023. The act applies to entities throughout the pharmaceutical supply chain, namely wholesale distributors, dispensers, manufacturers, re-packagers and third-party logistic providers.

Some key provisions and new requirements under the act are as follows:

The Drug Supply Chain Security Act represents the federal government’s attempt to build a fully track-and-traceable prescription drug distribution chain. Manufacturers may only distribute, and pharmacists may only sell, pharmaceuticals with these unique product identifiers. The act enables real-time knowledge of the location of pharmaceuticals in the supply chain, giving the FDA greater ability to prevent counterfeit drugs from entering the pharmaceutical supply chain.

There are several methods of anti-counterfeiting enforcement in the United States. The FDA enforces the provisions of the Federal Food, Drug and Cosmetic Act through inspectional observations, warning letters and criminal penalties. In addition, via the Drug Supply Chain Security Act, requirements are now placed on those in the distribution supply chain to notify the FDA if they become aware of counterfeit products in their supply chain, which serves to aid the FDA’s ability to enforce against counterfeit drug purveyors.

Under the Lanham Act, a drug manufacturer whose product is being passed off as genuine may bring an enforcement action against the counterfeiter via a federal court civil action or in the nature of an ex parte action seeking seizure of the counterfeit products. The award of exemplary damages and attorney’s fees if wilful infringement can be shown incentivises such actions.

The final method of enforcement is through the Trademark Counterfeiting Act 1984. Under this act the government may bring criminal proceedings against counterfeiters. Fines levied under enforcement of this act range depending on the degree of infringement, but can reach $30 million. In addition, criminal penalties including prison terms can also be imposed against counterfeiters under this act, including life imprisonment if death is caused by the counterfeit product.

Pharmaceutical advertisements which are broadcast (eg, over television, radio and telephone) must include:

Print advertising for pharmaceuticals must include:

There is no private right of action under the Federal Food, Drug and Cosmetic Act for advertisements missing such information, but the government may impose penalties. After a recent decision by the US Supreme Court, the law has been clarified to allow third parties to bring claims under the Lanham Act, even against advertising approved by the FDA for conduct that is considered to constitute unfair trade practices or unfair competition. Additional remedies may be available under state laws.

FDA regulations and US patent law govern generic substitution by pharmacists of brand-name drugs. A maker of generic drugs must receive FDA approval prior to distribution. Prerequisites to approval include proving that:

For biological products, the FDA has released industry guidance regarding the naming of biosimilars. The FDA recommends that innovator products (reference products) and biosimilars share a core drug substance name and be assigned unique FDA-designated suffixes (eg, the common ‘-mab’ stem denoting monoclonal antibodies). In addition, the naming of biosimilar products should follow a naming convention established by the FDA that encourages the use of designated suffixes in ordering, prescribing, dispensing, record-keeping and pharmacovigilance practices and avoid making claims about the safety and efficacy of the biological product.

There is no shortage of concern regarding unregulated and fly-by-night online pharmacies selling drugs directly to consumers. The FBI estimates that more than 80,000 websites allow individuals to place medication orders through illegal pharmacies. In June 2013 the FDA shut down 1,677 websites for selling counterfeit or sub-standard medication or for selling medication to consumers without appropriate safeguards. To help combat this problem, the FDA has issued guidance directly to consumers regarding the need for consumer vigilance when purchasing drugs online.

Owners of trademarks in the United States have two primary methods of enforcing their trademark rights against cyber-squatters:

The UDRP is an arbitration procedure available to trademark owners who can convince a panel of arbitrators that the domain owner registered and used a confusingly similar trademark in bad faith. The UDRP applies to most domain owners through agreement by the domain owner to the policy at the time they register their domain with their chosen registry. In general, the addition of generic or descriptive words like ‘pharmacy’ or ‘drug’ to the brand owner’s trademark in a domain name do not suffice to sufficiently distinguish the domain name from the owner’s mark. Should the arbitrator’s decision favour the mark owner, the domain name will be transferred to the mark owner.

The Anti-cybersquatting Piracy Act provides for a federal cause of action against the owner of a domain name that can be proven to have a bad-faith intent to profit from a mark that is confusingly similar to a trademark. Under the act plaintiffs may seek a damage award that includes costs and attorney’s fees.

Erin E Connors assisted in the preparation of this chapter 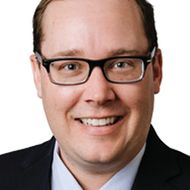 Steve Abreu is a partner and chair of Sunstein’s trademark group. He has more than 15 years’ experience in managing clients’ global trademark portfolios, including domestic and foreign trademark clearance, prosecution strategy development and representing clients during opposition and cancellation actions before the USPTO. Mr Abreu specialises in the clearance and prosecution of pharmaceutical trademarks and offers insight from a trademark law perspective into regulatory review. Mr Abreu graduated from the Ohio State University Moritz College of Law and was first recognised in the WTR 1000 in 2014. Mr Abreu was named in the Best Lawyers in America list for 2019 and 2020. 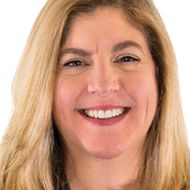 Lisa M Tittemore is chair of the Sunstein litigation group and member of the firm’s management committee. She provides strategic counsel on domestic and international trademark issues, guiding efforts in protecting and enforcing valuable brands and ideas, as well as serving as lead counsel in patent, trademark and copyright litigation. With more than 25 years’ experience, Ms Tittemore counsels clients on trademark portfolios across many industries, including retail and consumer products, with deep experience in pharmaceutical trademarks. She prosecutes trademark applications before the USPTO and is lead counsel before the Trademark Trial and Appeal Board and the Federal Circuit Court of Appeals. Ms Tittemore has been recognised in the WTR 1000, Best Lawyers in America and the Martindale-Hubbell Bar Register of Pre-eminent Women Lawyers.