Unfair competition in Mexico: how to play by the rules in advertising’s commercial battles

Competitive advertising strategies should prompt healthy commercial battles and bring out the best in advertising, yet some still use advertising to confuse and mislead customers. Mexico’s unfair competition legislation defends the rights of victims to dubious advertising practices.

Regardless of what some may think, Mexican legislation concerning unfair competition is quite modern and up to date. Absorbing international treaties into domestic legislation has led to the establishment of a robust legal framework, which defends the rights of businesses that may have fallen victim to dubious advertising practices by competitors.

The Mexican legal system has incorporated several procedures in order to empower the relevant authorities to award appropriate remedies in line with domestic and international law.

However, instead of engaging and investing in creativity and innovation, many companies have turned to unorthodox advertising methods, some of which could be deemed as unfair competition. In developed and developing countries, healthy competition is considered to be the engine of the economy, while unfair competition goes against what is customary and defies accepted practices in industrial and commercial matters. Such practices often go beyond the acceptable and legal, meaning that international treaties and domestic laws must have the appropriate legislation in place against such unacceptable conduct in order to have the means to treat it as IP and commercial infringement.

World Trade Organisation members have entered into the Agreement on Trade-Related Aspects of Intellectual Property Rights, of which Article 2 states that “in respect of Parts II, III and IV of this Agreement, Members shall comply with Articles 1 through 12, and Article 19, of the Paris Convention (1967)”. This means that all members must comply with assuring effective protection against all forms of unfair competition.

Mexico also has domestic legislation that aims to tackle different forms of unfair competition and was created to protect consumers and competitors who play by the rules.

The applicable domestic legislation is found in:

At first instance, the institutions in charge of this enforcement are the Mexican Institute of Industrial Property (IMPI) and the Federal Consumer Prosecutor’s Office (PROFECO).

In line with the Paris Convention, Mexican law states that the performance of acts that are against customary and usually accepted practices in industrial and commercial matters constitutes infringement (ie, unfair competition), including performing industrial or commercial activities while acting in a way that causes or induces the consumer to confusion, error or deception, or acting with the intention of discrediting the products or services of a third party.

Moreover, Mexican law states that advertising cannot be misleading or abusive, meaning that it cannot refer to characteristics or information related to products or services that, even if true, mislead or confuse consumers due to an inaccurate, false, exaggerated, partial, artificial or tendentious manner of presenting to the public.

Misleading advertising refers to an advertising practice that causes or induces consumers to confusion, error or deception by making them believe:

Comparative advertising may, or may not, constitute infringement or unfair competition. When engaging in this practice correctly and objectively it is not deemed unfair competition; however, there are rules to follow.

Comparative advertising constitutes unfair competition when it confuses the consumer or induces them into error when referring to the product’s or service’s characteristics or information, that, even if true, is presented in an inaccurate, false, exaggerated, malicious or tendentious manner.

In order not to fall under the scope of unfair competition, the following rules must be observed:

Although comparative advertising is not prohibited in Mexico, it must be used carefully, unlike in other parts of the world, since in Mexico there is a very thin line between legality and illegality. A genuine competitor can incur unfair competition and several other infringements under in the Industrial Property Law and the Consumer Protection Federal Law without intending to cause confusion among consumers.

‘Ambush marketing’ is defined as an advertising strategy put into action by a competitor of the official sponsor of a major event, in which the competitor literally ambushes the event (commonly seen in sporting events, such as the World Cup, Formula 1 or Wimbledon) in order to cause or induce consumers to confusion, by making them believe in the existence of a commercial relationship or association between the event’s organiser and its product.

An example of ambush marketing is when a competitor gives its products away as gifts on a massive scale to the attendees of an event, while the official sponsor’s products are advertised and sold inside the venue. The competitor tries to induce consumer confusion and make them believe in the existence of a commercial relationship between the event and its product due to the overwhelming exposure of its trademarks.

In Mexico, when an entity commits infringement as a result of unfair competition practices, the entity whose rights were violated can file a claim before the IMPI; however, when such conduct is due to unorthodox advertising strategies, the claim can be filed before the IMPI and/or the PROFECO.

The procedure before the PROFECO consists of a claim made by a party (which can be an individual or the affected corporation), which is never a party in the procedure. The PROFECO, acting as a state attorney, will investigate the facts and decide whether the defendant is guilty of committing the claimed unfair competition acts in the course of  advertising.

This is in contrast to the procedure before the IMPI. Here, there is a plaintiff and a defendant, both of whom must provide enough evidence to sustain either the claim or the defence; the IMPI acts as a judge and will decide whether the conduct constitutes unfair competition.

In both cases, the penalty will be a fine, calculated based on the seriousness of the conduct and the recidivism. In the PROFECO procedure, the infringement of Article 32 of the Consumer Protection Federal Law is always considered as severe; in case of recidivism, the fine will amount to 10% of the annual gross income of the infringer, which was obtained due to the commercialisation of the goods or services related to the unfair competition practice.

There are other possible remedies to take into account. In Mexico, the non-profit organisation Consejo de Autorregulación y Ética Publicitaria AC (CONAR) was founded by several players in the advertising industry (eg, advertisers, agencies and media companies) with the purpose of serving as a conciliator in alternative dispute resolution (ADR) proceedings of an advertising nature and issuing resolutions based on the Code of Advertising Ethics. In this regard, should the entity whose rights were violated decide not to file a claim before the relevant authorities (the IMPI and/or the PROFECO), it can approach the CONAR in order to start ADR against the party that it considers to have infringed its rights in order to settle the dispute in an amicable manner.

The CONAR also functions as an advocate for advertising ethics, in order to ensure that consumers receive the most accurate information through responsible advertising so as to avoid future unfair competition practices among its members.

Most companies play by the rules (ie, the accepted habits, methods, strategies and actual laws) and rely on competitive, rough advertising strategies, which result in healthy commercial battles with their competitors and bring out the best in their advertising and marketing departments in terms of creativity and innovation to captivate consumers. However, some companies  prefer to compete in a disloyal manner, trying to attract customers by inducing confusion or error, as well as misleading them by fraudulently comparing a diverse range of goods and services available in the market. Thankfully, there are now robust mechanisms in place to address such conduct. 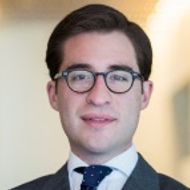 Manuel Gutiérrez was born in Mexico City. He obtained his law degree in 2013 and his postgraduate degree in juicio de amparo in 2014 from Universidad Panamericana.

Before joining Uhthoff, Gómez Vega & Uhthoff SC in 2017 as an associate in the IP litigation department, Mr Gutiérrez worked in several leading law firms, where he concentrated on tax litigation and consulting.

Mr Gutiérrez is fluent in Spanish and English.