Manchester-based businessman Georgios Demetriou has dropped his efforts to attain registered trademark protection in terms related to the Black Lives Matter movement. The move follows threats being sent to Demetriou, and is a reminder of the backlash that can occur when filing applications for terms linked to social movements.

The outrage against trademark applications filed by Demetriou has built up over the past few days. In a Manchester Evening News article, Demetriou claimed that he and staff at his shop have received threats since submitting the applications, while posts on social media were sharing his business address and directing anger at his personal profile. This morning, with a Change.org petition to “stop the trademark registration” passing 6,000 signatures, both applications were formally withdrawn.

As WTR exclusively reported last week, Demetriou – in the name of his business License To Thrill Ltd – originally filed the two applications at the UK Intellectual Property Office on 6 June 2020. Those applications, for the terms I CAN’T BREATHE and BLACK LIVES MATTER, were sought for various clothing and non-profit goods. The I CAN’T BREATHE application also included a disclaimer on the application which stated: “This trademark is to be used for charitable work and not for personal gain on the back of recent unfortunate events.”

Talking to WTR about why he wanted registered trademark protection for the terms, Demetriou explained that he intended to use the two trademarks for “a charity to help the inner-city kids”, with the goal of “giving something back to Manchester” after multiple decades living and working in the city. When asked about potentially needing to enforce the marks, he suggested that he may charge “a royalty” to organisations that may want to use either of the terms.

That latter suggestion sparked particular anger on social media. The terms Black Lives Matter and ‘I can’t breathe’ have become symbolic during recent protests against racial injustice and police violence sparked by the killing of George Floyd in Minnesota police custody, with a video showing Floyd pinned down for more than eight minutes and repeating the phrase ‘I can’t breathe’ as an officer knelt on his neck.

Therefore, the perceived notion that an entrepreneur was looking to claim ownership of the terms for certain goods and services, and then potentially charge for their use, led to thousands of angry comments around the world. One post on Twitter from a British councillor received over 8,000 retweets, and claimed that Demetriou wanted to “exploit” the situation, with a response adding: “What kind of person tries to trademark an entire social movement for racial justice to try and secure ‘royalties’ from the very real and systemic suffering of Black people? The pain of racism is real. It isn’t a trademark to profit off whatever tenuous attempt to justify it is.” Unsurprisingly, the outrage was picked up by various mainstream media outlets, including the Daily Mail and The Independent (as well as segments on BBC News and RT).

In an unprecedented move, the UK Intellectual Property Office (UKIPO) responded to the continued social media outrage. In a reply to the aforementioned tweet, it stated: "Trademarks and intellectual property touch every part of modern life. Our decisions are important not just for those submitting the application, but for the wider public and communities they affect. While we have a responsibility to examine the validity of applications like these under trademark law, the consideration we give them will not be without recognition of current and historical injustices. This is also the reason why the registration process has the ability for 'observations' to be submitted by the public. Should these applications reach that stage in the application process the IPO would welcome observations from the public."

The withdrawal of the applications formally bring Demetriou’s effort to attain registered trademark protection in those specific terms to an end, and he will be hoping that the online anger now subsides. The move will also probably come as a relief to the UKIPO. While it was likely to reject the applications; it found itself at the centre of a media storm.

The events of the past few days highlight the extreme backlash that can occur when seeking registered trademark protections in terms that are synonymous with a wider community or movement, with even the IP office being the target of anger. For Demetriou, it will be a lesson learned, and his mission to launch a non-profit in Manchester will need to proceed using a different brand approach. 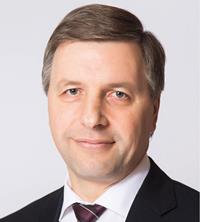