In our latest news round-up we report why Louboutin's red sole mark has been declared ‘well known’ by the Delhi High Court, consider upcoming changes at Nigeria’s registry of Trademarks, Patents and Design, and scrutinise research that reveals the power of colour in brand identity. Coverage this time from Trevor Little (TL), Tim Lince (TJL), and Adam Houldsworth (AH).

Trump’s nominee confirmed as USPTO Director – Andrei Iancu, President Trump’s nominee to be director of the USPTO, has been approved by the Senate Judiciary Committee, winning the unanimous consent of its members. The experienced IP lawyer, a partner at Irell & Manella, mainly discussed patent issues during his recent confirmation hearing, and it remains to be seen what his policies on trademark matters will be. (AH)

Louboutin's red sole mark declared ‘well known’ by the Delhi High Court – The Delhi High Court has ordered two footwear traders to pay almost 10 lakh rupees to Christian Louboutin for infringing its red sole design, while declaring that the marks “have acquired a well-known character”. Backing up this decision, the court pointed to its presence in over 60 countries (as well as online), its extensive use of the red sole since 1992, its specific promotion of luxury products bearing the red sole and awareness of the marks by customers throughout India. It added: “The plaintiff’s website is accessible to consumers in India and have served in making customers in India aware of the plaintiff, the various luxury products of the plaintiff and the plaintiff’s well known trademarks including the ‘RED SOLE’ trademark… [and] the plaintiff has received various awards and accolades for the luxury products made available under the plaintiff’s well-known trademarks including the ‘RED SOLE’ trademark.” Bar and Bench reports that, while representing Louboutin, Pravin Anand stated: “A shoe with a red sole clearly identifies the product as the plaintiff’s and distinguishes it from the goods of every other person. The ‘RED SOLE’ trademark has thus become the signature of the plaintiff.” The Delhi High Court has now agreed, in a decision that will be welcomed by the fashion giant. (TL)

French confectioners defeat would-be Chinese squatter – A union representing producers of calisson – a traditional French candy – has won a legal battle in China against a local entrepreneur who was attempting to register the CALISSON D’AIX trademark and its mandarin transfiguration. Ye Chunlin had applied for IP rights which would have given him exclusive rights to the brand in the lucrative Chinese market until 2026. But the Chinese IP office has rejected the registration, to the great relief of producers in the calisson’s traditional home of Provence, according to the Tapei Times. This decision is further evidence of the positive developments occurring in a jurisdiction previously infamous for the prevalence of ‘trademark squatters’. (AH)

Significant change at the Nigeria registry imminent – Spoor & Fisher has relayed the news that Nigeria’s registry of Trademarks, Patents and Designs is to be split into three separate registries. The firm notes that, while “there is some doubt as to whether it is legally possible to create separate registries for patents and designs, as the two fields are covered by a single piece of legislation”, with respect trademarks there is no such roadblock as marks are covered by specific legislation, namely the Trademarks Act, Cap 436 of 1990. The firm also reports that the current registrar will also be deployed to a different government department. As to what practical impact the changes have, it is a case of ‘wait and see’. However, it is very much one to monitor for those active in – or seeking to move into – Africa’s biggest economy. (TL)

Watch your (USPTO) details – Over on the iPelton blog, Erik Pelton has flagged up an unusual occurrence that rights holders should be alive to. He reports a situation whereby a person unaffiliated with the applicant filed a correspondence change with the USPTO via the TEAS system, specifically seeking to add an email address to the record just before a registration was issued. He opines: “My suspicion is that this was an effort to game the Amazon Brand Registry system, which generates a link emailed to the trademark registration email address(es) of record when creating a new account.” Oddly, after he filed to remove the email, the same email address attempted to change the record a second time. He reports: “My client and I have reached out the USPTO (who has responded quickly, I am pleased to share!) and to Amazon to warn them about this. I suspect it has happened to others who may not be aware.” The takeaway? Look out for unauthorised changes to your USPTO application contact information. (TL)

The power of colour – A survey of 2,648 consumers, conducted by SEO specialist Reboot, has found that the use of colour significantly increases brand recognition.  The survey asked respondents whether they could name the brand that used particular colour palettes, with 91% correctly identifying Google, 84% McDonalds and 80% Starbucks. In total, 91% of consumers were able to name at least one brand by hue alone. Going further, when shown a selection of five made-up company logos 78% could subsequently recall the primary colour of the logo, compared to only 43% who were able to remember the name. Of course, for trademark and marketing counsel, this will not come as a surprise. Leading brands have long made particular colours a key component of their brand identity. However, for those striving to attain protection via colour mark registration, it does evidence the power that can emanate from visual touchpoints. (TL)

Debate over IP theft in video games – A well-respected gaming developed has caused a stir by implying that there’s no intellectual property in video games to cover gaming concepts. Talking to the BBC, Brendan Greene – the creator of the wildly popular PlayerUnknown's Battlegrounds – spoke about the genre of games he has popularised, specifically tactical shooters where the arena shrinks over time and the winner is the final surviving player. "I want this genre of games to grow,” he says. “For that to happen you need new and interesting spins on the game mode. If it's just copycats down the line, then the genre doesn't grow and people get bored." His next comments, though, have raised eyebrows: “There's no intellectual property protection in games. In movies and music there is IP protection and you can really look after your work. In gaming that doesn't exist yet, and it's something that should be looked into,” he stated. In an article on Forbes, contributor Paul Tassi disagrees with the assertion, pointing out that video game assets, logos and assets are protected by IP. “It seems Greene is talking about the idea that certain gameplay features should be protected as IP, like I don’t know, jumping out of planes or having a wall of death to shrink zones. But that’s idiotic. Where does that end?” Debate has raged over the week, with many pointing out that copyright and trademark law applies equally to video games as it does movies and music. (TJL)

The holidays are here – World Trademark Review will be taking a short seasonal break, with our daily news and intelligence service resuming on Tuesday 2 January. As stories break, we will post reaction and analysis in the meantime, but for now we wish all our readers a happy holiday season. (TL) 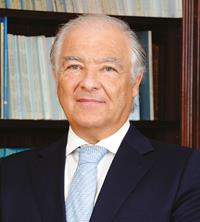