Concern has been voiced about the activity of low-cost trademark filing agency Trademark Terminal, as well as similar entities including Trademark Axis, Trademark Falcon, Trademark Funnel and Trademark Regal. WTR has talked with legal experts and former clients, with concerns ranging from the inputting of incorrect application information, alleged “scam” legal costs, and evidence that representatives at the company are based overseas despite claiming to be in California.

Trademark Terminal launched in approximately November 2019 and claims to be based in Los Angeles, California. On its website, it pledges to “register” a trademark in “as little as 7 minutes” and “for only $99”. Unsurprisingly, such an offer has proven popular with small business owners and individuals. According to records at the US Patent and Trademark Office (USPTO), Trademark Terminal has filed hundreds of trademark applications on behalf of clients in the past 12 months. On top of that, in recent months, it appears to have launched other near-identical low-cost filing platforms called Trademark Axis, Trademark Falcon, Trademark Funnel and Trademark Regal – all of which offer to “register” a trademark for $99 in less than 10 minutes (screenshot comparison of prices and services). As well as similar websites, other factors indicate a direct link between the platforms, including the same phone number on trademark applications.

However, while data from the USPTO indicates a vast take-up of its filing services, there is growing concern about the activities of Trademark Terminal. Talking to WTR, IP attorney Michael P Eddy has been contacted by at least one former client of Trademark Terminal who was unhappy with the service provided. “This company has filed many hundreds of trademark applications and, based on my conversation with this prospective client, it appears to be signing documents posing as the pro se filer applicants, creating emails based out of a free Russia email platform [Yandex] for each applicant in order to get around the licensed representation rules, and communicating with trademark examiners on legal issues concerning each application without the applicant's knowledge and consent. They also filed a new application with a description of services that they never intended to provide. I can’t even imagine the vast damage this group has done to all these pro se filers.”

One application is notable for its use of what appears to be a fake consent form. An application for TRUMP THE MENTAL ATHLETE, filed by Trademark Terminal representative Jasmin Elle in June 2020, was initially refused for (among other reasons) identifying a living individual without their consent (that being then-president Donald Trump). In response, a ‘consent form’ was submitted from a ‘Donald Trump’ with the application (screenshot) consisting of typed out text. Unsurprisingly, this consent form was refused, with the examining attorney stating: “The signature appearing on the consent is not consistent with prior signatures/consents from the named individual that are already on record with the office. In particular, that individual is typically identified with his middle initial (unlike here) and typically uses a pen-and-ink signature.”

For many applicants, the only communications they will receive about the filings will be from representatives at Trademark Terminal (or the other platforms) – and, with office actions and refusals, evidence suggests it is leading to frustration.

To date, the website of the Better Business Bureau (BBB) has three complaints about the services of Trademark Terminal. One complaint is that customers are promised one low price but within hours of paying, are asked to pay additional costs. Another anecdote involved an individual seeking a registered copyright for an artwork; after refusing to pay for unexpected extra costs, Trademark Terminal reportedly claimed it would abandon the application and would ‘send the artwork for bidding’, implying the artwork would be sold.

On Google, Trademark Terminal has 51 reviews, with 23 of them being from users rating the company one-star (including all reviews from the past five months). Of the negative reviews, numerous allege that the service is “a scam”, with a number claiming that they have been refused refunds and needed to re-file applications with another attorney due to incorrect information on the original filing. “They start with $49 for the service but keep charging up to $1,000 by [because of] other legal and other fees which a normal person doesn't understand,” one user claims. “I ended up paying $1,925 for USPTO to them and around $800 for their service and [they are] still asking [for] money. [...] When I didn't get any service from them, except charges, then I claimed a dispute with my bank to get my money back and informed the same to them and asked them not to proceed with anything. [The] amazing thing is, the moment I told them that I filed a dispute against them with my bank, they filed my application with USPTO with some wrong information without taking my approval.”

One of the most scathing reviews of Trademark Terminal on Google is by the owner of a company called AGR Sports LLC. In it, they describe how they “deeply regret doing business” with the agency, expanding: “I paid six months ago for a trademark [for Amazon] that I was supposed to get within 72 hours. Still to this day, I cannot have it registered because the number I was given was wrong. I spoke with Amazon directly and they said my serial number is invalid. So not only is it a waste of money, it is a waste of my time.”

Talking to WTR, a representative for AGR Sports, Lauren Reyna, explained how the company first came across Trademark Terminal. “We were greatly affected by the pandemic in the beginning and we were forced to close our doors for two months,” she says. “We had to come up with a way to keep our team paid and not lose our business. We created our sister company AGR Handmade, a printing company, and so needed a trademark and Trademark Terminal seemed to have a pretty good deal going on, so we jumped on it.”

In fact, it wasn’t just the price that was attractive to Reyna, but the first contact with Trademark Terminal “was very pleasant” and “smooth”. However, the honeymoon period was not a long one: “I have never worked with a more unprofessional company before. Not only is the customer service very bad, but they just don’t do anything that they say unless you stay on the phone or keep calling until they get tired of you. As sad as it is to say, I had no choice.”

She continues: “I cannot even keep count with how many times they have told me they would email me within the hour and I’ve waited over a week with nothing – it isn't until I refuse to get off the phone or refuse to stop calling them that they actually sit down and do something,” she says. “So far, I have spent $349 plus the $100. I believe I have asked for a refund probably over 30 times easily. It has been almost a year now, and I am done playing these back and forth games with them.”

WTR reached out to Trademark Terminal about the specific issues raised in this article last week but have not yet received a reply.

Eddy confirms that he has brought the company “to the attention” of the USPTO and the California State Attorney General. However, one roadblock to potential action is that Trademark Terminal (and the other brands) may not actually be based in the United States.

On the Google reviews, one user claims that correspondence with the company is often difficult due to the staff “barely speaking understandable English”. The websites are also littered with grammatical errors, including repeated references to trademark “registeration” on the Trademark Axis and Trademark Regal sites, and the Trademark Terminal site offering to “make legal hassle wiped off from your brows”.

Of course, that doesn’t prove that the company is actually based outside of the US. However, one Amazon user wrote in November 2020 about their experience with Trademark Falcon, and claimed that a company representative logged into their Amazon account to lodge a brand registry application and it showed they had logged in “from a location in Pakistan”.

While it is difficult to verify where Trademark Terminal is actually operating from (again, WTR has asked the company), Eddy says that the evidence suggests that it is not primarily based in the US. “In fact, when I called the California AG's office, their first reaction was that they did not know how they would be able to stop this type of activity when it is originating offshore.”

For those that may wish to take action, Eddy suggests that the options are limited. “I would start with a federal complaint to lock up the domain names and website first, then track down the responsible parties through their payment processor and banking connections,” he suggests. “After that, they would likely just start new operations up again. While I don't have time to do this myself, perhaps other groups may want to do this basing it on unfair competition.”

Ultimately, Eddy is adamant that such platforms are causing harm to small business owners and individuals. “I think the damage to their clients is concerning,” he concludes. “Even if the payments are small, the damage to their rights in business could be very significant for many reasons.”

WTR has reached out to representatives at Trademark Terminal about the issues raised in this article. We will update this article if they respond.

To contact WTR about your experience with any of the low-cost trademark filing agents mentioned above, please contact senior reporter Tim Lince ([email protected]). 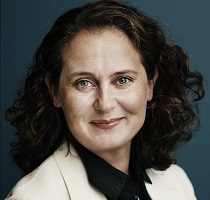