World Trademark Review is pleased to announce the publication of WTR 300: The World’s Leading Corporate Trademark Professionals. This unique resource identifies the in-house experts deemed to be the leading lights of the industry, performing trademark-related duties to the highest standards, adding true value to their organisations and exemplifying the qualities to which other counsel should aspire. The full list is now available to World Trademark Review subscribers (with an enhanced site to follow in due course) here.

Too often, those tasked with cultivating and protecting the brands that are central to commercial and operational success are the unsung heroes of their organisations. In a bid to ensure that the spotlight is directed towards those deserving of recognition, World Trademark Review has celebrated corporate team success stories for over a decade through the WTR Industry Awards (with the eleventh annual awards event due to take place next week). With the sheer number of nominations we receive, it is inevitable that many teams and professionals don’t make the cut, despite the immense hard work and effort they put in to cultivate, protect and capitalise on strong brands. This year, then, we expanded the nominations campaign so we could use the community feedback as the basis of a new ground-breaking publication, WTR 300: The World’s Leading Corporate Trademark Professionals.

While the WTR Industry Awards focuses predominately on teams and the work they have undertaken over the previous year, the WTR 300 identifies the individuals who the trademark community has singled out as the industry’s strategic leaders. To arrive at the final list, World Trademark Review ran a four-month campaign to elicit nominations from the community. Only individuals who received multiple nominations from outside of their own organisation were long-listed for consideration. The team then approached qualifying individuals for supporting information and references before deciding on the final list. As a result, many nominees did not receive the requisite number of nominations or make it through the rigorous vetting process (the full methodology is available here).

While the results were based on extensive objective research, the final decisions remain the subjective opinions of the World Trademark Review team. We cannot promise that every corporate trademark counsel who deserves to be described as a world-class industry leader has made it into this publication. However, those that are listed certainly deserve to be.

In the coming weeks we will be offering those included on the list the opportunity to add a more detailed profile of their achievements and activities (and to clarify, this was an editorially led project designed to shine a spotlight on the industry’s elite. There was no cost associated with making nominations or for inclusion in the final list, nor will there be with respect to profile submissions).

If you disagree with our opinion, we would like to hear from you. We would also encourage you to make nominations for those who have not made this year’s edition when we embark on the next round of research later in the year. 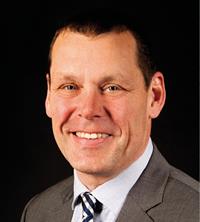