A new committee has been formed to come up with new procedures to tackle spurious trademark application at the USPTO following the implementation of the Trademark Modernisation Act of 2020. Talking to WTR, legal experts claim that the committee is seeking to ensure that any new rules adopted by the USPTO are effective while not inadvertently penalising legitimate filers.

On 27 December 2020, US President Donald Trump signed into law the Trademark Modernisation Act of 2020 (TMA). According to John L Welch at Wolf Greenfield, along with making it easier for trademark owners to obtain injunctive relief against infringers, the TMA seeks to combat fraudulent filings at the USPTO by calling for the agency “to implement new procedures that will allow third parties to more readily challenge pending applications and issued registrations that may be spurious”. Such new rules could include a streamlined procedure for challenging issued registrations.

Over the past couple of years, the USPTO has adopted new rules and examination procedures to try and tackle an increase of fraud on the register. It followed widespread reports of alleged misbehavior by foreign applicants – primarily those located in China – including numerous reports of improper specimens of use (an issue that WTR first reported on in 2017 and an in-depth investigation in 2019) and identity theft targeting US trademark practitioners (reported by WTR in 2019 and during last year’s WTR Connect event). Some of the recent rules implemented by the USPTO include a requirement, adopted in August 2019, for all applicants not domiciled in the United States to engage US licensed attorneys to file and prosecute trademark applications, and a February 2020 examination guide revision requiring an email address for each trademark applicant.

However, filings originating from China continue to flood the US trademark register (with China-based applicants overtaking domestic applicants for the first time in September 2020) and many local practitioners have voiced concerns that, despite its best intentions, the USPTO’s new rules have not worked or are harming legitimate filters. That harm includes alleged breaches of user privacy (especially in regards to the applicant email requirement) and concerns that specimens are being incorrectly rejected.

With that in mind, an influential group of trademark practitioners – led by Carl Oppedahl, partner at Oppedahl Patent Law Firm LLC – is seeking to help the USPTO draw up new rules to more effectively combat fraud at the office. Over the past week, the group formed a ‘TMA Committee’ to draft up proposed new rules and procedures, with a plan to send them in a jointly-signed letter to USPTO commissioner of trademarks David Gooder. Talking to WTR, one of the members of the new committee, Offit Kurman principal Laura J Winston, spoke of why time is of the essence: “I have to hand it to Carl for identifying this need and reaching out to the community so quickly. The Trademark Modernisation Act gives the USPTO one year to implement rules based on the legislation, so it is time-sensitive for interested stakeholders to weigh-in in the hopes that our input will make the new rules effective without penalising legitimate filers.”

Echoing that sentiment, fellow committee member Matthew​ Asbell, also a principal at Offit Kurman, claims that the past actions of the USPTO have been found to be “either inadequate to address the perceived problems or overreaching and imposing of extra and perhaps unfair burdens on legitimate trademark owners”, adding: “Recognising the possibility that the USPTO may again be too far removed from its stakeholders to propose effective solutions, Carl assembled this committee to help the USPTO hopefully get it right from the beginning – so we can effectively and quickly help the USPTO avoid throwing the baby out with the bathwater.”

Another member of the TMA Committee is Christina Frangiosa, a member of Eckert Seamans' Intellectual Property Group. She was also part of a delegation that met frequently with staffers from the House Judiciary Committee while the TMA was being developed – and is acutely aware of how important the future rules will be. “The ‘unintended consequences’ concern is why it is good that practitioners are discussing these issues now, and proposing specific procedures for the USPTO to consider while these regulations are being drafted,” she tells WTR. “The time-frame is short (one year will pass quickly) and it’s better to be proactive with identifying potential problems that practitioners may be able to foresee, rather than try to request that the USPTO addresses problems after the regulations are in place.”

Ultimately, Frangiosa adds, “fraudulent filings are the just the latest iteration of a long-standing ‘whack a mole’ problem” for the USPTO – spurred, it appears, by filers using the US trademark register “as a way of qualifying for subsidies in their home countries or of getting onto Amazon’s Brand Registry”. It is for that reason that some trademark experts have suggested that e-commerce platforms, especially Amazon, have a potentially key role to play in combating the ongoing flood of applications originating from China-based filers.

For that reason, then, Winston is hopeful that the TMA Committee will play a pivotal role in helping to draft new rules. “While current measures may be helping, they create extra burden on legitimate filers, and the clever minds behind the frauds are working hard to defeat measures meant to tamp them down,” she states. “So the TMA will provide some framework towards combating the problem, and I hope that the USPTO will consider the input of our committee in order to make these steps effective.” 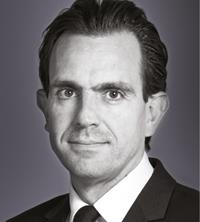