Every Tuesday and Friday, World Trademark Review presents a round-up of news, developments and insights from across the trademark sphere. In our latest edition, we look at Harry Potter fans' upset at cease-and-desist letters related to fan festivals, the Benelux trademark reform that has come into force, how China is cracking down on World Cup fakes and the changing values of food brands. Coverage this time from Trevor Little (TL), Tim Lince (TJL), Adam Houldsworth (AH) and Timothy Au (TA).

EUIPO provides scam action update – The EUIPO has provided an update on a case against trademark scammers, confirming that on April 4 the Supreme Court of Sweden refused leave to appeal against a Svea Court of Appeal judgment handed down in December. That judgment saw fraudsters who had sent misleading invoices to EUTM owners under the letterhead ‘OMIH’ sentenced to imprisonment for completed gross fraud. The Court of Appeal also approved all claims for damages presented by some of the recipients who had made payments after they received fraudulent invoices. EUIPO and user association MARQUES supported the Swedish prosecutor during the investigation, and gave witness statements before the Court of Appeal. Both parties will no doubt welcome this latest development. (TL)

‘Voldemort’ Warner Bros cracks down on Harry Potter fan gatherings – ‘Voldemort’ and ‘dementor’ are some of the more unpleasant terms from the wizarding world that Warner Bros has been referred to by fans of the Harry Potter series, after the US entertainment company began a crackdown on unauthorised Harry Potter-themed fan festivals. Warner Bros recently started sending out cease-and-desist letters to organisers of such events around the United States, informing them that they would no longer be allowed to use any names, places or objects from the popular series. With fans and festival organisers around the country expressing widespread dismay at the move, the company commented: “[We are] always pleased to learn of the enthusiasm of Harry Potter fans, but we are concerned, and do object, when fan gatherings become a vehicle for unauthorised commercial activity.” Fans of one Philadelphia festival reached out to the creator of the series, JK Rowling, for help but the author’s spokeswoman stated she had no comment. Gregory Mandel, a professor of intellectual property law at Temple University points out that Warner Bros has had to make a business decision to prevent such events from profiting off the series. However, he also avers: “Obviously one could argue that is the wrong business decision and that by having these informal pop-up festivals, it makes all the Harry Potter fans more enthusiastic and more likely to go to the movies and theme parks.” (TA)

Monster Energy criticised as it fails to prevent trademark registration – Monster Energy has suffered a setback in its trademark dispute with Chinese corporation Tencent Holdings, which has successfully registered its MONSTER CASTLE mark, the name of one of its computer games in Singapore, despite opposition from the energy drink giant. In rejecting Monster Energy’s objections, assistant registrar Gabriel Ong pointed out that this was the fourth time a case launched by the energy drinks company had objected to a registration of a trademark including the word MONSTER, and that Tencent’s application was “if anything, even more dissimilar to Monster Energy than (the mark in the preceding case)”. (AH)

Chanel launches suit against multiple knock-off hosting sites – It has been reported that Chanel has filed a lawsuit for trademark infringement and cybersquatting in the Southern District of Florida against ‘topfashionchanel.com’ and a number of other websites which the French fashion giant claims are selling fake version of its products. The complaint claims that the defendants are wrongfully reproducing and counterfeiting Chanel’s trademarks for the purposes of “duping and confusing the consuming public” and “earning substantial profits”. Although the exact makeup of the individual and business entities behind the websites is unknown, many of the domain names are registered in foreign jurisdictions, including in China. Chanel also notes in its complaint that in its ongoing fight against transgressors, it has had to file a large number of suits, often iagainst the same individuals and groups – a stark reminder of the uphill nature of the battle against counterfeiters. (TA)

China’s crackdown on World Cup fakes – Last week we marked the opening of the 2018 FIFA World Cup in Russia by examining how brands are capitalising on the buzz generated by the tournament. In that piece we also noted the lack of reporting on trademark policing and anti-counterfeiting efforts in Russia, that activity largely occurring under the radar. In China, however, the authorities have taken the opportunity to highlight their proactive efforts against knock-offs. Reporting on a nationwide campaign to protect FIFA’s IP, CGTN.com noted that customs officials in Guangzhou Province confiscated over 7,800 counterfeits last week, including shirts and balls. Hangzhou Customs, meanwhile, stated that 32,398 World Cup-related products have been seized this year, while more than $1.9 million worth of counterfeit merchandise has been seized since April in Hong Kong, announced Hong Kong Customs. (TL)

Worldwide World Cup counterfeiting concerns – Reports have emerged from around the globe of operations designed to disrupt the sale of fake football merchandise during the World Cup. According to Securing Industry, authorities in host country Russia has confiscated 270, counterfeit products featuring the World Cup logo, while 12,000 items of football kit, worth in excess of £240,000, were ceased in the UK. As noted above, authorities in China have discovered a large number of football-related fakes; these also include over 130,000 items of counterfeit clothing destined for Columbia and thousands of knock-off footballs headed for Africa. As well as clothing and sports equipment, tickets to World Cup games have also been faked in large numbers, it has been reported, with many football fans suffering disappointment. (AH)

Jesse Lingard seeks goals – and trademarks – While he missed a number of chances in last night’s World Cup game against Tunisia, England player Jesse Lingard is clearly eyeing a successful – and potentially lucrative – tournament. Media reports have revealed he has applied for four UK trademarks, including one featuring the image of his goal celebration. Of course, Lingard is not the first footballer to make such a move (as we noted recently, players such as Lionel Messi, Neymar Jr and Cristiano Ronaldo all own significant portfolios) but it appears that more and more players are waking up to the commercial benefits of protection. Just as positively, various outlets have pointed out that such trademarks do not bar others from imitating goal celebrations, rather they restrict others from using the mark commercially for the respective class of goods/services. For those tired of media misreporting on trademark matters, this is something worth celebrating (whether or not you do so by making the JL sign a la Mr Lingard is entirely up to you). (TL)

Toys-R-Us interest illustrates power of a strong brand – We recently reported on the news that Toys-R-Us, which went into administration in February, is set to sell all of its intellectual property in order to pay its creditors, with one outlet claiming this represented “one of the most valuable brands ever sold by a failed company”. This week, though, the New York Post reported that the more than 15 companies – including major retailers – want to buy the brand, with the auction date pushed back to 6 August and the court allowing potential bidders to acquire the company’s international assets during the auction as well. Down but clearly not out, the interest in the Toys-R-US portfolio evidences the attractiveness of a strong brand – even one going through hard times. (TL)

Benelux trademark reform comes into force – Amendments to the Benelux Convention on Intellectual Property (BCIP) were implemented at the start of this month, giving new powers are attributed to the Benelux Office of Intellectual Property and the Benelux Court of Justice. From now on appeals against the Benelux office’s decisions – which previously had to be brought before national courts of appeal in either Belgium, the Netherlands or Luxembourg – will be heard solely by the Benelux Court of Justice. This is intended, according to law firm Simont Braun, to increase procedural efficiency and help harmonise case law. Also, the Benelux Office of Intellectual Property now has joint jurisdiction with national courts for invalidity and revocation proceedings; previously, only national courts had jurisdiction over these proceedings. A new ground for opposition has also been introduced: owners of a well-known trademark will be able  to use the well-known status of their mark to oppose registrations of confusingly similar trademarks, even in other classes.(AH)

Changing values of food brands – A newly-published article in the Financial Times has looked at how young people are seeking “authenticity” in food, a development that is reportedly changing the industry’s approach to branding. “Consumers are looking to ‘pierce the corporate veil’ in our industry and to look at what’s behind the brand,” Emmanuel Faber, chief executive of Danone, declared. “The guys responsible for this are the millennials. They want committed brands with authentic products. Natural, simpler, more local and if possible small, as small as you can.” This means, the article says, that major food brands have found themselves losing out to smaller companies – with some big brands seeing the change as relatively unexpected. “I’ve been living in this cosy world of old brands, big volumes, nothing changing very much,” said Jorge Paulo Lemann, the Brazilian investor behind both AB InBev. “You can just focus on being efficient and you’ll do OK. And, all of a sudden, we’re being disrupted in all ways.” This has seen many smaller, “authentic” food brands (that primarily use healthy, organic ingredients) being acquired by major food companies. What does this mean from a trademark perspective? For some, it is a reminder that being well-known isn’t always a positive – for example, Coca-Cola is much loved by many, but for the health-conscious it can be a brand that is actively avoided. This often requires creative thinking (for example, Coca-Cola has designed new products aimed at attracting millennials) and, sometimes, the creation of new sub-brands or the acquisition of brands trusted by younger consumers. (TJL)

Award winners speak – Over the past week on World Trademark Review we have been publishing a series of exclusive interviews with, and profiles of, this year’s WTR Industry Award winners. The series will continue through the coming few days but to date we have featured American Airlines, Apple, Google, Grupo Televisa, Netflix, New Balance, Rotary International, Sandoz International,  Starbucks, Superdry, Velcro Companies, as well as Lifetime Achievement award winner J Thomas McCarthy. 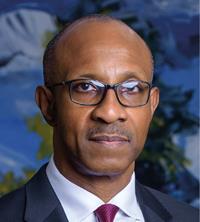