Every Tuesday and Friday, World Trademark Review presents a round-up of news, developments and insights from across the trademark sphere. In our latest edition, we look at how fonts should be front-of-mind when looking at a brand’s image, the significant number of brands who now conduct influencer marketing, musician The Weeknd’s trademark dispute over a STARBOY trademark application, and a survey which reveals the number of consumers that would get a brand name permanently tattooed on their body. Coverage this time from Trevor Little (TL), Tim Lince (TJL), and Adam Houldsworth (AH).

US federal court finds no infringement of water bottle product – A court in the Southern District of New York has ruled that ETS Express’ bottle products, such as h2go Force, did not infringe a trademark owned by the S’Well bottle company. It has been reported that after a two-week trial the jury sided unanimously with the defendant, which had argued that S’Well’s bottle designs were not sufficiently distinctive to qualify for trademark protection, resembling a cola-style shape that is widely used in the industry. The lawsuit was launched last year, following which ETS Express initiated a counterclaim to cancel S’Well’s brand right. (AH)

Popstar fights for rights to STARBOY trademark – Award-winning musician The Weeknd is opposing a trademark application for STARBOY – the name of his best-known album. It has been reported that real-estate agent Eymun Talasazan filed an application for the mark for use in TV projects following the album’s release in 2016; and filed a more recent application for use of the term in comic books coinciding with The Weeknd and Marvel’s announcement that they are working on a STARBOY comic. This is not the first time the real-estate agent has filed for trademarks associated with popular musicians: He has previously sought to protect STRAIGHT OUTTA BOMPTON after the launch of NWA’s Straight Outta Compton biopic, and RUNNIN’ THROUGH THE 6, following the release of Drake song with that lyric. (AH)

Over 40% of British people would let brands sponsor their social media profiles – A new survey by OnBuy.com has revealed the high rate of people in the UK that will associate themselves with brands through personal sponsorships. At the top end, the results revealed that 42% of British consumers would allow a brand’s logo and the words “sponsored by” to appear in the bottom corner of their profile photo on all their online social media profiles. On top of that, 36% would allow such sponsorship activity on all photos they post on social media. Outside of social media, the study found that: 37% of British consumers would wear a shirt with a brand’s logo on it every day for a month (19% stated they would do it every day for an entire year); 24% would own a car painted in a brand’s colours and logo; 19% would allow a brand’s billboard outside of their own home; 14% would say “sponsored by [brand name]” after saying their own name at the start of every phone call; 5% would get a permanent tattoo of a brand’s logo; and 3% of British consumers would legally change their first name to a brand name. On the surface, some of the figures are surprisingly high, but appear to reveal the strong connection some people have with some brands. “In the digital age, the connection between companies and consumers has become more intertwined,” suggests Cas Paton, managing director of OnBuy.com. “This research highlights that there are certain sponsorship avenues which British consumers would be less inclined to accept and entertain when displaying their affection and endorsement for a brand.” The survey is certainly thought provoking – but if brand logos start to appear as permanent tattoos, it makes the prospect of rebrands an even more complicated matter... (TJL)

Influencer marketing on the increase – A new survey has found that a significant 78% of brands implemented influencer marketing campaigns in 2017. This is a rise from the 65% in 2016, and suggests this new form of marketing – wherein brands partner with so-called “influencers” on social media to promote products and services – has gone mainstream. As The Business Of Fashion notes, nearly half of brands prefer to work with “micro-influencers” (those with between 10,000 and 100,000 followers) rather than “mega-influencers” (with more than 100,000 followers), finding “their audiences are more likely to buy the products they endorse” despite the smaller audience. When looking at the platforms used for influencer marketing, Instagram was far and away the most popular – with 36% of respondents claiming it is their favourite platform for such campaigns. Facebook was second, at 16%, and Snapchat declined from 10% in 2016 to 6%. The figures, though, confirm that trademark practitioners must be proactive in ensuring that their marketing colleagues are following legal guidelines when it comes to working with influencers – a World Trademark Review article last year looked at how to effectively comply in the UK and US – to ensure no kickback (or media backlash) further down the line. (TJL)

Fonts should be front-of-mind for brands – It has been revealed that Netflix now has its own bespoke font, which will allow the company to stop using the Gotham font as part of its branding efforts (and in turn stop paying the “millions of dollars a year” font license fee). According to The Verge, the move follows in the footsteps of brands including Apple, Samsung, Google and Microsoft in creating custom fonts to help define their own corporate brand. But beyond saving money, a New York Times article suggests that the importance of fonts can sometimes be understated when it comes to defining what a brand is. For example, the articles looked at the 2014 rebrand of Southwest Airlines, wherein the choice of font was of paramount importance; changing from an all-caps Helvetica font to a thicker, custom-made “Southwest Sans” font with lowercase letters to convey “a softer, friendlier tone”. It also mentioned examples of when a different font during a rebrand can backfire (including Gap’s 2010 rebrand, wherein the company switched from its original, iconic font to a plain Helvetica – and, due to the backlash, the fashion brand ended up switching back to its original logo). “Done right, fonts allow brands to showcase their human side and personality, which can then connect with consumers emotionally,” suggests the article – so it’s certainly one important element that practitioners should consider if talk of a rebrand (or “brand refresh”) is discussed. (TJL)

Tim Hortons slides in Canadian brand reputation index – The reputation of the iconic Canadian brand Tim Hortons has taken a “significant hit”, according to local media reports. The annual survey of brand reputation of consumers in Canada, conducted by research firm Seger, found Tim Hortons drop from fourth to 50th place. It follows recent issues at the company, including cost cutting following an acquisition by a private equity firm in 2014. One expert, Bruce Winder of the Retail Advisors Network, told CTV News that the drop in brand reputation is a huge surprise. “This is an incredible drop, but it shows you just how Canadians feel right now about this brand,” he stated. “I think people are moving Tim Hortons into the camp of sort of an untrusted, large company… They’ve lost some of that Canadian fabric as the company next door.” Another brand that fell dramatically this year is Sears, which dropped 61 places to fall outside of the top 100. In terms of the brands that are most admired by Canadian consumers, they are: Google, Shoppers Drug Mart, Canadian Tire, Sony, Samsung, Microsoft, Dollarama, Kellogg’s, Campbell’s, and Kraft. (TJL)

ASEAN should bear counterfeit concerns in mind as regional e-commerce grows – The importance of e-commerce as a means of increasing trade has been a major recent talking point for the Association of South-east Asian Nations (ASEAN) recently. But, according to a recent blog by Seth Patrick Hays, the chief representative of INTA’s Asia Pacific office, it is important for the group’s member states to be alert to the problem of online counterfeiting, which could have otherwise have an increasingly negative impact on the region’s consumers. Hays highlights the scale of the internet counterfeiting problem in two of the world’s most largest e-commerce markets: the US, where 20 out of 47 products sold by third parties on major e-commerce sites found to be counterfeit in a recent test purchase, and China, where 40% of all cosmetics on last year’s Singles’ Day are thought to have been fake. Pointing out the scarcity of data on the counterfeiting situation in South-east Asia, Hays argues that ASEAN should undertake research to determine the nature and scale of the issue, and to inform the creation of a regional regulatory framework to help protect brands and consumers. (AH)

The state of the trademark industry revealed – This week World Trademark Review commenced coverage of the 2018 Global Trademark Benchmarking survey results. In addition to exploring the sentiment of counsel to the likely impact of M&A activity in the non-legal services sector on trademark practice, we also revealed how practitioners are facing new threats in the online environment and presented user sentiment on the performance of key trademark offices. Next week we will publish further analysis of the legal and corporate practice environment, as well as assessments of the effectiveness of customs authorities and litigation forums around the world. (TL) 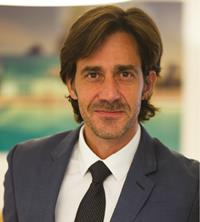