Last night the WTR Industry Awards celebrated another year of excellence in corporate trademark practice. While we are in the awards mood, we thought we should recognise the standout moments and individuals from this year’s INTA Annual Meeting…

For more coverage and observations, read our daily roundups of the event from Sunday, Monday and Tuesday.

The standard of speakers and panel members at this year’s Annual Meeting was spectacular, with every session World Trademark Review attended being engaging and insightful. But, by a small margin, the sole speaker at the ‘Ethics at the Movies’ session on Tuesday, Larry Cohen of Cohen Law Firm, was our favourite. Cohen spent the entire hour-and-a-quarter wandering around the packed room, throwing out wrapped-up DVDs to delegates, replying to off-the-cuff questions about ethics, and bringing more laughter per minute than any legal-focused session in recent memory. He said it himself, that attendees had “come to the wrong place” if they were seeking serious learning about trial law. “My job is to show movies and raise your consciousness,” he added, and he performed both with aplomb – despite there being zero seats available, many people stood at the back and even an overflow room setup, we saw no-one leave until the very end (capped off, of course, by a clip from My Cousin Vinny).

The lost in translation award

Entering one hotel, an INTA delegate was overheard commenting on the establishment’s signage warning ‘No solicitors’. After he wondered out loud whether bad behaviour on the part of an INTA delegate had led to a ban on guests of a particular profession, a colleague quickly suggested that the sign may be referring to those canvassing for business. Given the number of delegates observed in the lobby, I suspect his colleague was right.

In the past we have written about ‘rock star lawyers’. In fact, at the opening ceremony for this year’s Annual Meeting, INTA president Tish Berard joined the band to belt out some Nirvana riffs. However, you don’t usually see bone fide professional musicians at the Annual Meeting. Let alone one that has been involved in a trademark dispute that found its way to the US Supreme Court. That The Slants’ Simon Tam was on the panel to discuss how the first amendment is likely to impact trademark registrations going forward goes some way to explain the packed room for that session. The entire panel was stellar and there was some lively and thought-provoking discussion around both In re Tam and the Redskins trademarks. Luckily, World Trademark Review arrived early enough to get a seat.

As we mentioned above, Tish Berard’s ‘rocking out’ in front of a packed hall at the opening ceremony on Sunday was quite a start to her speech. It takes guts to cover Nirvana at the best of times, let alone in front of hundreds of lawyers at the INTA Annual Meeting. But for quiet bravery, we have to pay our respects to the Japanese Patent Office’s trademark division director Sunao Sato. His decision to give a live demonstration of a very early access phone app on a large screen is brave in itself. But for this to involve taking a photo of a piece of paper and relying on this app to recognise the logo on the paper (and then correctly match the logo to the corresponding JPO trademark information), knowing that it will involve standing at the front of the room during an over one-minute loading screen, must have been a nerve-wracking time for Sato. As the loading screen appeared to be going on uncomfortably long (with some members of the TM5 User Meeting audience thinking the app had crashed), Sato remained cool and collected. When the app correctly found a match, there was applause and numerous commendations from speakers and audience members. Many, many things were lined up for that technical demonstration to go wrong – but Sato held strong and it ended up showing the future of trademark search.

Most used term (aka the INTA bingo award)

Well, predictably, there is a clear winner and that is ‘GDPR’. It feels like the new European regulation, which becomes enforceable this week, cropped up in every conversation we had in Seattle. In the coming days, the precise impact on WHOIS data availability will become apparent – at least in the immediate term, as work continues behind the scenes to formulate a tiered-access system that may allow rights holders to obtain registrant details. Once a temporary solution is implemented by ICANN, the focus will turn to a permanent approach. The GDPR deadline that has focused people's minds may be this week, but expect GDPR to remain a conversation piece for some time to come.

OK, so not strictly an INTA Annual Meeting moment but the aforementioned Simon Tam took to Twitter this morning to reveal that, after returning home from the world’s biggest gathering of trademark professionals, he received delivery of the registration certificate for his THE SLANTS mark. As he noted, it “only took about 3,000 days, countless dollars, and multiple courts for delivery”. It also had a significant impact on US trademark practice. Simon and the legal team behind the decade-long battle to attain the registration are deserving winners of the ‘trademark perseverance’ award, and we salute them all. I suspect, though, that it isn’t a title they will be keen to compete for again in the future.

Almost every non-US delegate will have had a ‘jetlag moment’. Few will have been as harrowing as the post-meal mishap experienced by one private practice professional. Having enjoyed a quiet night in with room service, he tidily placed the remains of his fish cake dinner outside his hotel room door. However, he obviously wasn’t expecting the door to swing shut behind him. Locked out of his hotel room, and (to misquote F Scott Fitzgerald) clad only in his underpants, he embarked on a game of ‘dodge the INTA delegates’ as he made his way to reception to obtain a replacement key. As responsible journalists we have opted not to identify the delegate concerned...

We were tempted to give this one to Timberlake Law’s Ed Timberlake for his excellent ‘Trademark Conference Bingo’ – with terms including ‘UDRP’, ‘Brexit’, ‘Madrid’ and ‘Dawn Donut’. In fact, on closer examination, we’re very close to a full house (any talk of ‘red soles’ at the Grand Finale will complete the set). But Monday’s tweet from Robert Lands, partner at Howard Kennedy, just about takes the cake. Why? Well he answered the question we’ve all grappled with in the past: what’s the collective noun for a large group of IP lawyers? Well, it’s an ‘INTA’, of course – and we really hope this term catches on.

One delegate went somewhat out on a limb in Monday’s brand licensing discussion. A speaker in the session, making the point that a morality clause should be included in any trademark licensing agreement, put up a photo of US President Donald Trump on the large screen. Then, to the surprise of the panelists – and most of the several hundred audience members – a thunderous round of pro-Trump applause, emanating from just one person, filled the cavernous sixth floor conference room. Persisting defiantly for several seconds, the outburst turned more than a few heads before gradually petering out. While there are no doubt many Trump supporters in attendance (some high profile trademark attorneys and brand protection experts are outspoken in their Trump advocacy on Twitter, for example), it’s rare to see such outward political support in an INTA Annual Meeting session. But political support and opposition is particularly boisterous and loud nowadays, so perhaps it’s no surprise to see some of that seep into the event.

We’ve got to hand this one over to Michael Lee from Morrison Lee, who noted on Twitter he overheard one delegate answering the question “are you cold?” with “Tequila is my sweatshirt”.

Everyone loves a free T-shirt, and judging by the number of people we saw wearing those being given away on the ‘.sucks’ stand, it is clearly still a favourite of delegates. Whether poking fun, or making serious political points, the ‘fill in the blank.sucks’ T-shirts printed in the exhibition center served as an effective marketing tool for the registry (with slogans we saw including ‘Brexit.sucks’, ‘GDPR.sucks’ and ‘Gleissner.sucks’). It is the third year in a row the company has been doing this and the novelty doesn’t appear to have worn off yet…

The competition for this accolade was fierce but we have decided to give a shout out to Page Vault for going ‘old school tech’ and hooking up an Atari so that visitors to their stand could compete on such video game classics as Frogger, Asteroids, Missile Command, Space Invaders and Centipede. Cannily, we were told, the set-up encouraged repeat visitors to the stand, as those competing on the leaderboards were keen to find out if their scores had been beaten (and have another go if so). World Trademark Review didn’t compete, but is a whizz at Frogger and would definitely have topped the leaderboard had we done so. Definitely...

And with that, our coverage of the 2018 INTA Annual Meeting comes to a close (but keep an eye on our Twitter account for pictures from the closing gala tonight). We wish all delegates a safe journey home. See you in Boston next year. 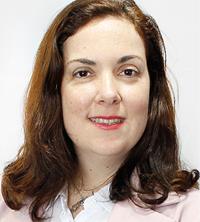