Every Tuesday and Friday, World Trademark Review presents a round-up of news, developments and insights from across the trademark sphere. In our latest edition, we look at India’s largest consumer goods company turning up the heat on infringers, how to avoid genericism, the decline in electronic counterfeits reports, and Nominet reveals ‘.uk’ dispute statistics. Coverage this time from Trevor Little (TL), Tim Lince (TJL), Adam Houldsworth (AH) and Timothy Au (TA).

Trademark application for T-ARA refused following controversy – A controversial trademark application filed by South Korean entertainment company MBK Entertainment has been provisionally refused by the Korea Intellectual Property Rights Information Service (KIPRIS). The trademark application is for the term T-ARA, the name of a popular K-pop band which MBK had previously represented before the group disbanded in December 2017. We wrote about the controversy behind this application back in January, as the application caused uproar among thousands of K-pop fans, with T-ara seen as one of the best loved K-pop bands in the world. At the time, MBK Entertainment was accused of “blatant pettiness” and being "money hungry" by fans. In response, the agency released a statement claiming that it is “justified in applying for this trademark as the [former] agency [of the group]”, and that the company’s management “don’t believe it is right for us to be criticized for our actions”. But six months later, according to Allkpop.com, the KIPRIS announced that MBK’s trademark application had been refused. “A trademark that consists of the name, title, portrait, signature, seal/stamp, literary name, pen name, stage name, of a prominent person cannot be registered," the announcement stated, claiming that the application “can only be approved with the group members' agreement”. It is understood the application will undergo further examination before a final decision is reached. Day by day, the end appears to be getting closer for this trademark controversy – although there could be another twist in the tale still to come. (TJL)

India’s largest consumer goods company turns up the heat on infringers – Hindustan Unilever (HUL), the largest packaged consumer goods company in India, has been on a brand enforcement drive against a slew of smaller companies that it claims are infringing on its trademark rights, it has been reported. HUL has filed almost one case every week since the start of 2018 in a bid to stop copycats from manufacturing and selling packaged products that feature trademarks, logos and descriptions identical to its own brands. Vishal Maheshwari, managing partner of VM Legal, notes that it is unusual to see a company of HUL’s size adopting such an aggressive stance with smaller companies, as “it is not only taking legal action against small companies but is also going after third-party manufacturers, who may have supplied bottles or other packaging material”. A spokesperson for HUL made it clear that the company was aiming to send a strong message to those who violate the company’s trademarks, adding that despite the threat of injunctions, counterfeiters will usually revert to illegal practices after a period of time, so financial punishments will act as an additional deterrent for such offenders. (TA)

V energy drink loses long-running colour mark dispute - Frucor Beverages, a Japanese-owned company that owns the V energy drink brand, has failed in its long-standing attempt to register a colour mark for a shade of green used on the can of its product. An Australian federal court has agreed with Coca-Cola, which opposed the registration, that the mark was not distinctive. In doing so, it upheld the 2016 decision by the Australian Trade Marks Office to grant Coca-Cola’s opposition to the mark on the grounds that the registration (made in 2012) was technically flawed – supposedly relating to one shade of green it displayed being a different shade on the application – and because insufficient evidence was produced to show that the mark had acquired distinctiveness. Agreeing that the application was technically flawed, Judge David Yates also opined that, while the shade of green was key to the product’s branding and marketing strategy, it was essentially descriptive, with similar tones of green also used descriptively by beverage brands in Australia. (AH)

EIPA calls for increased governmental IP focus – The Emirates Intellectual Property Association (EIPA) has emphasised the need to create more solid mechanisms and guidelines for the protection of intellectual property rights (IPR) within the government sector. EIPA recently organised a series of interactive training workshops in collaboration with the Dhahi Khalfan Intellectual Property Centre, which falls under the umbrella of EIPA, to help consolidate the UAE's status as a regional and global IP hub. His Excellency Dr Abdul Quddoos A.R. Al-Obaidli, chairman of EIPA, subsequently highlighted the importance of enabling government entities to apply best practices in IP protection in support of national efforts to adopt innovation in government work. Looking ahead, the association will host a series of conferences, lectures and training programs designed to increase national expertise in the field of IPR and anti-piracy. (TL)

First use of blockchain for anti-counterfeiting in China’s luxury sector – It has been announced by Secoo, Asia’s largest online premium platform, at a press conference in Shanghai that it has partnered up with fashion brand Emotionally Unavailable (EU) to launch a blockchain-based technology for securing item authentication in the luxury industry. It was explained at the conference that after authentication, anti-counterfeiting information will be generated for each item and the Chinese company would upload that information to the blockchain system. Using the strengths of blockchain, including decentralisation, non-modification and traceability, each product will be equipped with a unique identification profile and complete anti-counterfeiting information. Richard Li, chairman and CEO of Secoo, stated: “After ten years of tireless effort, Secoo has accumulated a wealth of experience in the field of luxury product authentication. We already own Asia’s largest luxury product authentication center with over 100 appraisers around the world. We believe the application of blockchain technology will further increase our consumers’ trust.” (TA)

The toymakers fight back – This week The Japan Times reported that the country’s toymakers have a renewed focus on fighting counterfeits due to a growing focus on international markets. The outlet notes that, while the Ministry of Economy, Trade and Industry has pledged to press the Chinese government to crack down on pirated goods, brands are increasingly implementing new measures. For example, from September, Bandai is to use stickers of certifying authenticity on particular character models, while Tomy Co has employed a research company to monitor how copies are being distributed online. This industry reaction serves as a reminder that new markets present both opportunities and risks. (TL)

The cost of defending plain packaging in Australia revealed – The cost of the six-year legal dispute between the Australian government and Philip Morris over the country’s precedent-setting plain packaging laws – which came into force in 2012 – has been revealed to be just under $40 million. The figure came to light following a freedom of information request in 2016 by former senator Nick Xenophon and his former staffer Rex Patrick, who were concerned with how the tobacco giant had launched its case against the government. The Australian government had resisted freedom of information requests for the past two years, going so far as to lodge an appeal in the administrative appeals tribunal earlier this year to prevent the disclosure of the information, but was ordered by the information commissioner to disclose the full cost to taxpayers. This news comes hot on the heels of last week’s landmark decision in which the World Trade Organisation (WTO) upheld Australia’s plain packaging laws as being consistent with the WTO’s trade obligations, after a complaint was brought by Cuba, Indonesia, Honduras and the Dominican Republic. As we reported yesterday, reaction to the decision has been mixed: the World Health Organisation and the Canadian Cancer Society were evidently pleased with the outcome, while INTA expressed that it was “extremely disappointed”. (TA)

Avoiding genericism – An interesting reminder for brands on Above The Law about how to avoid arguably the biggest thread to a trademark: genericide. Written by Scheef & Stone partner Tom Kulik, it advises brands to “never use trademarks as nouns”, “watch for improper licensee uses”, and “avoid being lulled by success”. The latter is, of course, very well known for those brand owners that become so successful in a certain product area that consumers begin referring to a product as the brand name (eg, Xerox, Velcro). While Kukik doesn’t necessarily recommend a bombastic music video (as Velcro released last year), the article is a handy reminder for brands that could face issues of genericide in the future. (TJL)

Decline in electronic counterfeits reports, according to latest figures – According to ERAI, an information services organisation concerned with worldwide electronics supply chain issues, the number of reports it received of suspect counterfeiting and non-conforming electronic components fell from 2016 to 2017, from 1,041 to 771, continuing a downwards trend that has persisted for three years. The most recent decline occurred despite a $50 billion increase in global semiconductor sales from $350 billion to $400 billion, it has been reported. The most common parts flagged as suspect counterfeit were integrated circuits, comprising 63% of all reported components; and the US had the largest share of suspect suppliers (53.6%), above Chinese suppliers whose products accounted for 25% of the total. The ERAI report suggested that factors behind the figures might include “better anti-counterfeiting procedures taken by organisations during the procurement process, more counterfeit parts being prevented from entering the supply chain through customs seizures and detentions”, but could also be explained by “more sophisticated counterfeiting techniques ... resulting in fewer counterfeit parts being detected and, therefore reported”. (AH)

Nominet reveals ‘UK’ dispute statistics – Nominet has released its 2017 summary of domain name disputes brought before its ‘.UK’ Dispute Resolution Service (DRS), revealing that a total of 712 complaints (relating to 783 domains) were lodged last year, with over half (55%) resulting in a domain transfer. By comparison, there were 703 complaints in 2016, 53% of which resulted in a domain transfer. The year also saw an increase – from 10% to 15% – in the number of disputes resolved with the domain name being voluntarily transferred to the complainant by the respondent upon receipt of the complaint. Amongst the brands that used the DRS in 2017 were Jaguar Land Rover, Clydesdale Bank Plc, Virgin Enterprises Limited, Moncler SpA, ‘Dr. Martens’ International Trading GmbH and the Sony Corporation. (TL)

Three join Barnes & Thornburg – Barnes & Thornburg has added Matthew E Leno, Peter M Siavelis and Matthew J Gryzlo as partners in the intellectual property department. Siavelis (who focuses his practice on US and foreign patent and trademark litigation, counseling and portfolio development) and Gryzlo (who advises on domestic and international patents, trademarks, copyrights, trade secrets, unfair competition and other related causes) will reside in the Chicago office. Leno (who concentrates his practice on intellectual property litigation, including patent, trademark and trade secret matters) will practice out of the Washington DC office. All three join from McDermott Will & Emery. (TL)

New US firm launches – A group led by Mark Peroff and Darren Saunders, intellectual property attorneys with a large global practice, has formed Peroff Saunders PC, with offices in New York, New Jersey and Chicago.  Peroff was previously managing partner of the New York office of Wilson Keadjian Browndorf (WKB), with Saunders a partner at that firm. They are also being joined by other lawyers from WKB. Peroff explained: “This new firm will be dedicated to trademark and other intellectual property law, our exclusive area of practice over our entire careers. I am proud to lead a group of lawyers who are highly regarded, highly skilled and simply put, among the best in the field.” (TL)

New strategic insights for fashion and luxury brands – The latest edition of World Trademark Review magazine is now live online for subscribers. In this issue, our panel of consider the specific challenges facing fashion and luxury brands in their respective jurisdictions – and how these can be overcome. To access the latest insight from experts in Canada, China, India, Italy, Mexico, Russia, Turkey and the United States, click here. (TL) 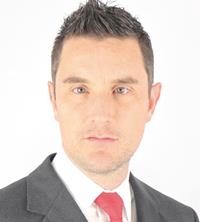