By Per Lidman and Sara Söderling

Trademark protection in Sweden can be obtained by filing a national or EU trademark application or an international registration designating Sweden or the European Union. Unlike the EU Intellectual Property Office (EUIPO), the Swedish Patent and Registration Office (PRV) will examine applications on both absolute and relative grounds.

If the PRV finds that a proposed trademark is distinctive and not confusingly similar to any prior rights, the trademark will be registered. Post-registration follows a three-month opposition period during which third parties may file oppositions. On 1 January 2019 the Swedish Trademark Act was amended, indicating that the owner of a trademark on which opposition is based shows use of its trademark, provided that the trademark is more than five years old. Under the previous trademark law, objections based on non-use could be tried only in a separate revocation action, and if the defendant challenged the revocation action, the case had to be decided before a court.

Applicants are encouraged to perform clearance searches before selecting a trademark. This is to avoid both obstacles to registration and trademark infringement. It is recommended that clearance searches cover trademark, company name and, where relevant, pharmaceutical international non-proprietary name (INN) databases. When assessing the risk of confusion with prior rights in the field of pharmaceuticals, the PRV and the Patent and Market Court have adopted a stricter position than for other fields, due to the potential harmful effects of actual confusion on the market. Statements in the preparatory works to the Swedish Trademark Act support this position and a PRV examiner has also stated this to be the PRV’s current position, although there are no recent decisions to confirm this.

The European authorities have established a different approach. Contrary to the Swedish position, the European authorities have concluded that relevant consumers are likely to have a heightened degree of attentiveness with respect to both prescription and non prescription drugs (Novartis v OHIM – Sanochemia Pharmazeutika (regarding the trademark TOLPOSAN; Case T-331/09)). This position allows a somewhat higher degree of similarity between trademarks in the pharmaceutical field than in other fields.

The shape of goods (eg, the shape of a pharmaceutical pill or its packaging) is, in theory, registrable in Sweden. To be registrable and distinctive, the shape or packaging must deviate from the common design in the field and the specific design elements cannot depend on or simply confer a technical function. Further, a shape may also be distinctive if it has particular features which make consumers associate the shape with a particular company. In addition, applicants for this type of non-traditional trademark must typically submit substantial evidence of acquired distinctiveness in order to be granted registration.

Apart from the legal requirements described above, a company must also consider regulatory requirements when selecting a trademark. Pharmaceutical products may be marketed in Sweden following marketing authorisation granted by the Swedish Medical Products Agency (MPA) or the European Medicines Agency (EMA). The (invented) name of the pharmaceutical product is an integral part of this authorisation. The MPA reviews name proposals based on applicable regulations as well as the MPA’s own guidelines, which are in turn based on guidelines from the EMA.

In addition, the MPA recommends that companies comply with World Health Organisation (WHO) guidelines. The WHO recommends that invented names should not originate from INNs or consist of INN stems. The purpose of this is to avoid confusion between different medicinal products and not obstruct the establishment of new INNs.

Parallel imports are based on the principle of free movement of goods. Parallel importers import medicinal products from a European Economic Area (EEA) country in which the medicinal products were originally sold and sell the same products in Sweden. To comply with the requirements of Swedish national rules relating to packaging and labelling, which in many cases differ from the rules in other EEA countries, parallel importers and distributors must often adapt the labelling of the original products to Swedish requirements. This can be done either by re-boxing or, where possible from a regulatory perspective, re-labelling the original products. According to established EU case law, re-boxing is allowed only if it is objectively necessary in order for a parallel distributor or importer to gain effective access to the Swedish market (eg, resulting from national regulations and/or national practice).

On 9 February 2019 Commission Delegated Regulation (EU) 2016/161 (supplementing Directive 2001/83/EC (the FM Directive), laying down detailed rules for the safety features appearing on the packaging of medicinal products for human use, entered into force. The EU Regulation provides detailed rules regarding the characteristics of the safety measures introduced by the FM Directive, how medicine authenticity should be verified and by whom. The safety measures include:

To gain effective access to the Swedish market, the parallel importer/distributor must break the anti-tampering device to replace the patient information leaflet. The European Commission has issued guidelines in relation to the FM Directive Safety Features for Medicinal Products for Human Use, Questions and Answers – Version 15. Questions 1.20 and 1.21 explicitly deal with the question of anti-tampering devices and parallel imports. In response to the question of whether a pack that is lawfully opened (ie, by parallel traders or manufacturers replacing the leaflet under the supervision of national competent authorities) can be resealed (ie, by applying a new anti-tampering device on top of the old broken one), the European Commission confirms that this may be done in certain circumstances, subject to the assessment of the national competent authority in the member state.

The MPA considers that the general rule is that it is necessary for parallel importers to re-box medicinal products in new packages if the original anti-tampering device has been broken. According to MPA’s guidelines on parallel imported pharmaceuticals, parallel importers may only reseal an original packaging in exceptional circumstances (eg, to avoid a shortage of medicinal products) and following an application to the MPA. This has led to the question of whether, in practice, it is objectively necessary for parallel importers and distributors to re-box all products to gain effective access to the Swedish market. This issue is subject to pending cases between Novartis AG and Abacus Medicine A/S before the Swedish Patent and Market Court.

The FM Directive (as amended) provides for measures to prevent the entry of falsified medicinal products (including counterfeits) into the common market by requiring the placing of safety features for the purpose of allowing proper identification and authentication. Member states have applied diverging authentication mechanisms and the purpose of the EU regulation is thus to establish EU-wide rules for the implementation of the safety features for medicinal products for humans with the overall goal of limiting the entry and distribution of falsified medicinal products (including counterfeits). The MPA also cooperates with several other authorities in Sweden to prevent counterfeit pharmaceuticals entering the Swedish market. Thanks to these preventive measures, counterfeit pharmaceuticals are rare within the legal supply chain of pharmaceuticals in Sweden.

Customs’ right to seize and destroy suspected counterfeit goods is governed by and based on EU rules. If Customs suspends the release of suspected counterfeit goods and the relevant trademark owner chooses not to take action, Customs is obliged to release the goods. However, Customs may always seize goods if there is a suspicion that the goods constitute a risk to health or safety, the environment or other public interests. It is then up to the relevant authority, including the Swedish Consumer Agency and the Swedish Chemicals Agency, to decide whether the goods may be released into the Swedish market.

A new provision was introduced into the Swedish Trademark Act from 1 January 2019, under which transit or other similar customs actions of counterfeit goods may constitute trademark infringement. The new provision concerns national Swedish trademarks and international registrations designating Sweden (EU trademark owners have had the ability to stop goods in transit in Sweden since the new trademark regulation entered into force in 2016). However, the new provision does not apply if the party responsible for the transit or other similar customs actions can show that the trademark owner is not entitled to prohibit the placing of the goods on the market in the country of final destination (inverted burden of proof). Due to the inverted burden of proof, a party may not be held liable for infringement consisting of transiting or other similar customs actions. However, civil penalties (including the destruction of goods) are still applicable.

Generic substitution is allowed in Sweden. The MPA determines on a product level which medicinal products are subject to substitution, including generics and parallel imported or distributed products. The MPA publishes a list of these products at category level and this list is regularly updated. The MPA also decides which medicinal products are medically equivalent on an individual basis. In its assessment of equivalence, the MPA considers both the effect and safety of the potential substitute.

Off-label prescription in Sweden is allowed but is the subject of debate. Off-label prescription is also more or less encouraged by various regions in Sweden due to its cost-saving effects. As a result of generic substitution, a pharmacy may be obliged to substitute an originator product for treating Indication B with a generic product, despite the generic product not being authorised for Indication B (ie, off-label prescription). As of 29 April 2019, all regions in Sweden (responsible for Swedish health and medical care) have adhered to the Counties’ Common Insurance Company’s new insurance covering injuries caused by the use of off-label drugs. The insurance applies retroactively as of January 2019. At the same time, the government has commissioned the MPA to investigate the possibility of conducting risk-use assessments for off-label prescription by 31 December 2019, with the aim of contributing to knowledge about off-label drugs and thereby to the selection of safe and effective treatment methods.

A medicinal product may not be substituted if:

As of 1 July 2015, all websites selling medicinal products online in Sweden must use a specific symbol combined with the Swedish flag. The symbol is the same across the entire European Union. In Sweden, pharmacies are subject to a self-monitoring programme focusing on the handling and sale of medicinal products. For e-pharmacies the self-monitoring programme has a wider scope than for regular pharmacies.

With respect to requirements on providing information and advice, after sending out a sur-vey to pharmacies operating e-pharmacies the MPA concluded that there was a need to clarify how to apply these rules when operating an e-pharmacy. As a result, the MPA has published suggestions on how to fulfil the requirements on providing sufficient information and advice in this context. The purpose of the suggestions is to ensure that patients receive the necessary information about medicinal products, which may include a need for the pharmacy to make actual contact with the patient in certain cases.

Provided that a ‘.se’ domain is available, the domain may be registered via one of the Swedish Internet Foundation’s retailers. The ‘first to file’ principle is applied for domain name registrations. If a party finds that someone has registered a domain to which the party is entitled, such party may challenge the registration via an alternative dispute resolution scheme. For ‘.se’ domains this has been administered by the World Intellectual Property Organisation (WIPO) since June 2017. WIPO applies the ‘.se’ policy in these cases and to be successful, the complainant needs to show that the following three criteria have been met: 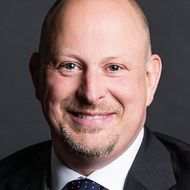 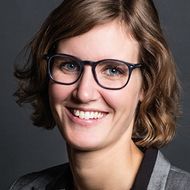