Intangible capital, including branding and design, contributes almost one-third of the value of manufactured products globally, according to new research. In particular sectors the role of intangibles is even more telling, with Apple’s value capture equating to 42% of the retail price of the iPhone 7.

In its analysis, it calculates that – in 2014 – intangible capital contributed $5.9 trillion to the total value of manufactured goods – double that of buildings, machinery and other forms of tangible capital. Amongst the other key findings:

WIPO states that the findings underscore the growing role of intellectual property, which is frequently used to protect intangible and related assets in the worldwide economy. This is well illustrated by the study’s analysis of the smartphone sector, which is dominated by a small number of brands that are successfully extracting significant portions of value.

The study observes that smartphone companies and technology providers rely heavily on IP rights – including patents, trademarks and industrial designs – to generate a high return on their intangible capital. As well as stressing the importance of patents, the report notes that design “is one of the most critical factors driving consumer purchase decisions, technology acceptance and later brand loyalty”. For instance, it points to an econometric study that suggested that - for Apple - filing industrial designs is more important to the evolution of the firm’s stock market value than patents.

For the tech giant, which boasts 57% market share for high-end phones costing more than $400, the payback is a 42% value capture. Therefore, for every iPhone 7 that is sold for $809, 22% is attributed to the cost of materials, 15% to distribution and retail and 21% to ‘other’ (including labour and IP licenses). Around $340 is captured by Apple. For Samsung, which boasts a 25% market share, the value capture is just over a third (34%), while Huawei matches Apple’s 42% value capture (albeit on handsets that retail for a lower cost).

In the smartphone segment, crucial intangible assets include technology as well as designs (including protection for graphical user interfaces) and branding. Therefore, the captured value is not wholly brand-related but - as a whole - the direct financial payback of a strong IP portfolio becomes readily apparent. 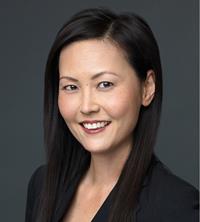