Social media and the right of publicity: what advertisers need to know

With no US federal right of publicity and the distinction between celebrities and non-celebrities becoming increasingly arbitrary, companies looking to advertise their products through the likenesses of individuals must be up to date with the latest case law in order to get a clear picture of the risks involved.

The right of publicity, or the right to control the commercial use of one’s identity (most often, name, image and likeness), is state based, meaning that each state determines the parameters of the right via state common or statutory law. As there is no federal right of publicity law, companies must navigate a patchwork of regulation that differ from state to state and the resulting uncertainty as to what risk the unauthorised use of a person’s identity poses. This is becoming more prevalent as companies incorporate social media, using both influencers and everyday consumers as part of marketing and advertising campaigns to promote their products and services.

This article discusses recent developments with regard to social media and the right of publicity, including how US courts are applying statute of limitations to claims involving social media posts, whether and what immunity social media platforms enjoy when it comes to these types of claims, and, with increasing  widespread use of social media by non-famous individuals, the questions that courts are facing in relation to the commercial value of a social media user’s name, image and likeness.

The district courts are grappling with how to apply the statute of limitations to claims involving social media posts. Specifically, the courts must determine whether an online post, and potentially subsequent posts, constitutes a single tortious act or a continuous activity. A common instance in which this occurs is when an offender does not remove a social media post from a platform after uploading it. When does an action accrue and when does the statute of limitations begin to run? The answer appears to lie in the nature of the subsequent actions: are the social media posts reposted or altered, and are subsequent posts intended to reach a new audience or to promote new products and services?

For example, in Sears v Russel Rd Food & Beverage LLC (2:19-cv-01091-APG-NJK, 2020 WL 2513676 (D Nev 14 May 2020)), the court had to decide whether a right of publicity claim was time-barred when a model brought suit against her former employer, which had used her image on its social media platforms in connection with advertising for the business. Nevada has a statutory cause of action for the unauthorised use of a person’s name, voice, signature, photograph or likeness, but the statute does not provide a limitation period. The district court reasoned that under similar causes of action and Nevada’s four-year catchall, the claim was time-barred as the posts were more than four years’ old. The plaintiff argued that the conduct was ongoing because the images had never been taken down from the social media platform, but the court was unpersuaded, finding that social media posts are akin to book publications, which are subject to the single publication rule, meaning that although the social media posts remained viewable, they were not a continuing harm.

Similarly, in Lopez v Admiral Theatre, Inc (19 C 673, 2019 WL 4735438 (ND Ill 26 September 2019)), the court grappled with applying a one-year statute of limitations to social media posts made without the featured models’ consent. Although the posts remained up and viewable, the court reasoned that the “publication of an image to a social media platform, without subsequent edits, removal, or republication of the image, does not constitute a continuing violation”. However, the court noted that the outcome could be different where the image is reposted or altered and thus likely to reach a new audience. Only one plaintiff’s claim survived. In that instance, the court held that when the business posted the model’s image for one Super Bowl party, but later reposted the image with a different date printed on it for a different year’s Super Bowl party, it constituted “promot[ing] a different product… to a new or broader audience”. Thus, that instance was “either a continuing violation or a new cause of action”.

Much litigation appears to be focused on whether large social media platforms have immunity from misappropriation claims under the Communications Decency Act. In such cases, the courts are faced with the question of whether the actions taken by a social media platform make it an interactive computer service and/or an information content provider. In simple terms, a classification under the former generally permits immunity, whereas a classification under the latter does not provide immunity under the act.

In a recent case, the Third Circuit considered whether immunity under the Communications Decency Act extended to cases involving various and differing state right of publicity laws (Hepp v Facebook, Inc (CV 19-4034-JMY, 2020 WL 3034815, at *3 (ED Pa 5 June 2020)). In this case, defendants Facebook, Imgur and Reddit argued that, under the act, they had immunity from Pennsylvania right of publicity claims brought against them by a Philadelphia region news anchor. The plaintiff had discovered that “without her consent, a photograph of her taken by a security camera… was being used in online advertisements for erectile dysfunction and dating websites”. In response to the defendants’ argument that the platforms were protected under the Communications Decency Act, the plaintiff argued that Section 230(c) of the act provides “an exception for claims pertaining to state intellectual property rights”, such that the safe harbour afforded to internet service providers should not apply to her claims. However, the court found that only federal IP claims are excluded from the scope of Communications Decency Act immunity, in part because state laws dealing with intellectual property vary and are not uniform in their purposes and policy goals. Thus, the court granted the motion to dismiss the right of publicity claims against Facebook, Imgur and Reddit.

Conversely, in Fraley v Facebook, Inc (830 F Supp 2d 785, 793 (ND Cal 2011)), a right of publicity case involving one of Facebook’s advertising practices, the court analysed whether Facebook had immunity under the Communications Decency Act and decided that it did not. The plaintiffs claimed that Facebook acted as an information content provider, as it created content by “deceptively mistranslating members’ actions”. For example, Facebook took a user’s action of “clicking on a ‘Like’ button on a company’s page” and translated it “into the words ‘Plaintiff likes [Brand],’ and further combin[ed] the text with Plaintiff’s photograph, the company’s logo, and the label ‘Sponsored Story’”. As a content provider, and not merely an interactive computer service, Facebook was unable to avail itself of immunity under Section 230 of the act.

Similarly, in Perkins v LinkedIn Corp (53 F Supp 3d 1222 (ND Cal 2014)), the district court held that LinkedIn was not immune under the Communications Decency Act when it created and developed emails that contained users’ names and likeness. Specifically, after sending initial invites to join LinkedIn to its users’ contacts, the platform sent follow-up reminder emails that “contain[ed] the LinkedIn member’s name and likeness as to give the recipient the impression that the LinkedIn member [was] endorsing LinkedIn and asking the recipient to join LinkedIn’s social networks”. While the act provides immunity from tort liability to interactive computer services, when such services publish third-party content, the immunity does not extend to ‘information content providers’, defined as “someone who is responsible, in whole or in part, for the creation or development of the offending content” – as LinkedIn had done.

Value of a social media user

Finally, given the widespread use of social media by non-famous individuals, the courts are facing various questions related to the commercial value of a social media user’s name, image and likeness. What is the commercial value (if any) of everyday, normal people’s likenesses to huge social networking platforms that typically profit off of advertisers? In these cases, the courts are examining how social media platforms are profiting off using their own users’ likenesses to appeal to those users’ friends and contacts.

In Fraley, as discussed above, Facebook argued that if the users who were said by Facebook to ‘like’ certain brands were to assert an economic injury, then they had to “demonstrate some preexisting commercial value to their names and likeness” because they were not celebrities. The court disagreed. The plaintiffs had made a clear showing that personal endorsements from them were “worth two to three times more than traditional advertisements on Facebook”. Facebook’s CEO, Mark Zuckerberg, was further quoted as saying that: “A trusted referral is the Holy Grail of advertising.”

Recognising the shift in society, the court explained why it did not matter that the plaintiffs were not celebrities: “In a society dominated by reality television shows, YouTube, Twitter, and online social networking sites, the distinction between a ‘celebrity’ and a ‘non-celebrity’ seems to be an increasingly arbitrary one.” The court also reasoned that it had “long recognized that a person’s name, likeness, or other attribute of identity can have commercial value, even if the individual is relatively obscure”.

All companies can learn valuable lessons from these recent cases. First, any time a company reposts a social media post or uses a post for a new purpose, it is potentially re-starting the statute of limitations clock.  Even if a social media post did not draw a claim initially, reposting could re-open the door to a claim.

Second, the courts appear to be willing to hold even large platforms to account, acknowledging the value that social media posts can provide from a business and marketing standpoint – and reining in use of such posts without permission.

Third, companies should know that the use of any person’s name, image or likeness could pose the risk of a right of publicity claim. This risk applies to ordinary people, not just celebrities and influencers. 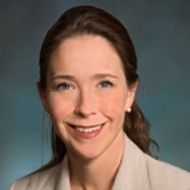 Jennifer Van Kirk advises clients on all aspects of ‎trademark and brand protection, including trademark clearance, prosecution, licensing, portfolio ‎management and litigation guidance. With over 20 years’ experience, she advises clients on which global registrations to pursue, ‎filing strategies to maximise coverage and cost-containment options. She has overseen hundreds of cases before US and foreign tribunals to protect her ‎clients' IP interests. She also has deep experience in multimedia copyright and rights of publicity clearance, including identifying rights holders and securing licences. With a network of trademark agents in nearly every country, Ms Van Kirk has particular experience ‎helping clients to secure and protect trademark rights around the world. She assists in securing ‎worldwide portfolios for new brands and streamlining portfolios for long-established brands. 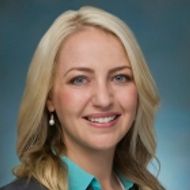 Rachel Nicholas partners with clients on trademark, copyright, publicity rights and social media matters, helping them to overcome the challenges found in selecting, clearing, registering and enforcing their trademarks and copyrights in the United States and abroad. Ms Nicholas represents clients of all sizes and across a variety of industries, including a federal government agency, one of the world’s top hotel chains and a major-league sports team. She also provides counsel to local non-profit organisations and start-ups. Ms Nicholas regularly performs domestic and foreign trademark clearance, prosecution, maintenance and portfolio management, and has represented clients in proceedings before the TTAB. She also routinely negotiates, drafts and counsels clients on IP-related agreements, including consent agreements, assignments and licences.