Every Tuesday and Friday, World Trademark Review presents a round-up of news, developments and insights from across the trademark sphere. In our latest edition, we look at serial trademark filer Michael Gleissner’s mixed week at the UKIPO, another Conor McGregor trademark fight, the “artificial nose” that can identify authentic and fake Parmesan cheese, the most expensive domain name sale of 2018 so far, and much more . Coverage this time from Trevor Little (TL), Tim Lince (TJL), Adam Houldsworth (AH) and Timothy Au (TA).

Look-alike wine purveyor is the first to have export license revoked – Dalefold Wines, an Australia-based wine producer, has had its license to export suspended indefinitely by Wine Australia for selling copycat versions of Penfolds wine (a much-counterfeited and infringed brand) in China. As reported by The Drinks Business, the suspension is the first since the wine producers’ regulator was given greater powers to tackle counterfeiting and trademark infringement earlier this year. The decision was taken after the review of a wine consignment sold by Dalefold – a Chinese-owned company - in June; Wine Australia commented that the organisation’s activities could “adversely affect the export trade in all grape products from Australia by diminishing consumer confidence in the integrity and authenticity of Australian grape products in China”. (AH)

Another week, another Conor McGregor trademark fight – We have previously reported on mixed martial artist (and occasional boxer) Conor McGregor’s attempts to trademark a series of words and phrases associated with his name, which have faced numerous oppositions, including from MAC Cosmetics, clothing manufacturer Mac Jeans and retail giant Migros. This week, a piece from Weintraub Tobin noted that his attempt to register THE CHAMP CHAMP at the EUIPO has led to an opposition by sporting apparel giant Champion (the opposition covering McGregor’s word and design marks). In April, after the conclusion of UFC 223, McGregor was stripped of the UFC Lightweight Championship due to inactivity. His battles, for now, are taking place much more regularly in the trademark environment than the octagon. (TL)

Kim Kardashian faces another trademark lawsuit – Reality television star Kim Kardashian’s company KKW Fragrance is the target of a trademark infringement lawsuit launched this week by Vibes Media. The plaintiff, a marketing company from Chicago, filed the suit at the federal court in Illinois, alleging that Kardashian’s Vibes perfume logo is confusingly similar to its own registered VIBES mark; in fact, Vibes Media claims that KKW Fragrance’s product poses a high-likelihood of “reverse confusion”, in which its brand is wrongly seen to be affiliated with the famous celebrity, rather than her branding with them. It is seeking damages and injunctive relief, it is reported. This is not the first time Kardashian or her family members have faced an IP lawsuit; several enterprises associated with the family have been accused of copying others’ brands over the past seven years. (AH)

Snoop Dogg swats away Gleissner mark – Superstar rapper Snoop Dogg has been successful in his opposition against an entity related to serial trademark filer Michael Gleissner. As we first reported last year, Snoop Dogg is one of the high profile opponents that has challenged a Gleissner trademark, alongside brands including Apple and BMW, and US president Donald Trump (whose legal team prevailed in their UK opposition to Gleissner’s TRUMP TV mark earlier this month). This week, the UK Intellectual Property Office (UKIPO) announced in favour of the rapper in an opposition against the trademark SNOOP. The application for SNOOP was filed in October 2016 by Snoop International (one of over 1,000 UK companies of which Gleissner is the sole director). In the opposition decision, hearing officer George W Salthouse awarded the rapper (real name Calvin Broadus) £1,300 as Snoop International was ruled to have filed the application in bad faith (an argument that attorneys were urged to use against Gleissner-related marks back in March). However, this was not the only high-profile case involving Gleissner this week... (TJL)

Gleissner prevails against fashion brand – … as the German-born millionaire was also involved in another case at the UKIPO. Specifically, the office dismissed an appeal by fashion retailer Mango against a trademark for the term YANGO. This application was filed by Yango International (another of the UK companies where Gleissner is the sole owner) for goods and services in classes 3, 14, 16, 25, 26, 38 and 41. The fashion brand relied on EU rights from two marks for MANGO and MANGO MAN and the unregistered trademark MANGO (claiming it had been used in the UK since since 2000). In the decision, appointed person Emma Himsworth QC disagreed with Mango’s arguments and dismissed the appeal. Most curiously, she disagreed with Mango’s assertion that the trademark application’s link to Gleissner should be considered. Himsworth stated: “There was a suggestion in the Grounds of Appeal, as had been submitted before the Hearing Officer, that special consideration should be applied to the analysis in the present case, given the connection between the Applicant and Mr Michael Gleissner who has been referred to in a number of other decisions in the UKIPO (and in one appeal to the Appointed Person). On the basis of the Grounds of Opposition in the present case the Hearing Officer in my view quite rightly did not refer to the point in his decision. When pressed at the hearing of the appeal it was quite rightly accepted by Mr Tate that this was not a point that could or should be taken into account when considering the merits of the present appeal and I therefore say no more about it.” It appears, then, that while Gleissner has not prevailed in many recent UKIPO legal decisions, major brands still need to fight diligently when facing up against the multi-millionaire. (TJL)

Nestlé gets rid of more candy brands in portfolio tidy-up –- Transnational food and drink giant Nestlé is selling a handful of its New Zealand confectionary brands, including Mackintosh’s, Heards and Black Knight, to Quadrant Private Equity, an Australian private equity investment firm. This follows on from the Swiss food giant’s $2.8 billion sale of its US confectionary business to Ferrero back in January, in the company’s ongoing bid to shift towards healthier products. The value of the latest deal was not disclosed but Nestlé announced that up to 55 jobs would be lost as production at its Wiri factory would now focus on culinary products. With reduced demand for its packaged food products, the company has been under pressure from shareholders to further divest and overhaul its portfolio. Nestlé's struggles will serve as a reminder to other multinational food brands of the extremely competitive nature of the confectionary market – especially in the US, which accounts for almost a fifth of the global chocolate market – but it also highlights the opportunities for upstart brands, many of which have made significant ground in this industry in recent times. (TA)

The Golden Knights come to an amicable arrangement – Back in February we reported that The National Hockey League (NHL) expansion team Vegas Golden Knights and the US Army were working towards an out-of-court settlement of their ongoing trademark dispute. This came after the Army, whose parachute team is also known as the Golden Knights, filed an opposition to the hockey franchise’s GOLDEN KNIGHTS mark, which was granted last year following a long-running battle before the USPTO. It was reported that the team’s owners, Black Knight Sports and Entertainment, had filed a motion to suspend for settlement with consent at the trademark office, giving the two parties until April 25 to reach an agreement. Almost three months on, Vegas Golden Knights Chairman and CEO Bill Foley has announced that a trademark coexistence agreement regarding usage of the 'Golden Knights' mark and name has been entered into. He proclaimed: “Our discussions with the Army were collaborative and productive throughout this entire process. We are appreciative of their efforts and commitment to reaching an amicable resolution." Whether in the skies or on the ice, both parties are now free to resume their core activities without the spectre of a long-running trademark dispute. (TL)

New system developed to smell fake Parmesan cheese - Researchers have created a new device with an “artificial nose” capable of differentiating between genuine Parmesan – or Parmigiano Reggiano – cheese and imitations produced in the US and Germany (which infringe its European geographical indication rights). Reflecting the efforts being made to protect one of Italy’s most iconic products from copying, the sophisticated nanowire gas sensor capable of detecting 58 volatile organic compounds was developed by academics at the Italian Institute of Biosciences and the University of Brescia. As much as 40% of the current market is comprised by fakes, according to Securing Industry. The device’s inventors claim that it can detect imitations quickly and without destroying the produce under inspection. (AH)

The GDPR EPDP is a go – ICANN’s Generic Names Supporting Organization (GNSO) Council has initiated the Expedited Policy Development Process (EPDP) on the Temporary Specification for gTLD Registration Data. The process is an effort to Consensus Policy on the subject matter of the Temporary Specification, which was created to make WHOIS data access compliant with the European Union’s General Data Protection Regulation (GDPR). Earlier this week we published guest analysis which outlined the significance of the process for rights holders, and noted that, once initiated, work will progress at a “frenzied pace, aiming to deliver an initial report by the time of the next in-person ICANN meeting in Barcelona, Spain that begins on October 20 2018.” ICANN notes that the report will then be published for public comment, with the EPDP team “expected to carefully consider and analyze all input received through the public comment forum”. For rights holders, this is very much one to follow and engage with. (TL)

Ice.com domain sale is the most expensive of 2018 so far – Earlier this week, the domain ‘ice.com’ was sold for $3.5 million, making it the most expensive domain name sale in 2018 so far. Andrew Allemann of Domain Name Wire provided a brief rundown of the domain’s history, noting that it was one of the dotcom darlings founded in 1999 which raised roughly $50 million in funding, before eventually being bought for $3 million in 2014 by an Austin-based business. In light of recent controversies revolving around US Immigration and Customs Enforcement (ICE), one commentator on the site wryly suggests the domain be donated to ICE to “help further their mission to Make America Great Again!”. (TA)

Joseph Maraia steps up as Burns & Levinson IP co-chair – Boston-based law firm Burns & Levinson has announced that partner Joseph Maria, a member of the firm’s executive committee, will serve as co-chair of its IP group alongside current co-chair Debora Peckham. With a focus on strategic business counselling, Maraia’s practice encompasses domestic and foreign patent and trademark prosecution and litigation across the range of IP matters. (TA) 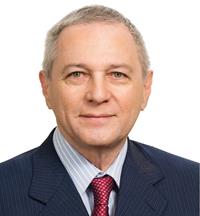