Every Tuesday and Friday World Trademark Review presents a round-up of news, developments and insights from across the trademark sphere. In today’s edition, we look at video game developer Activision being sued for its use of humvees in Call of Duty games, Qatar launching an electronic trademark registration system and the artist causing a stir by selling a fully functional toilet made of authentic Louis Vuitton bags. Coverage this time from Trevor Little (TL), Tim Lince (TJL), Adam Houldsworth (AH) and Timothy Au (TA).

Counterfeit poppies seized ahead of Remembrance Sunday – The UK’s Border Force seized £150,000 worth of fake poppy goods in the build up to Remembrance Sunday on November 12. The haul – stopped en route from China to Manchester – included badges, key rings and scarves, according to Huffington Post. Mark Kennedy of the Border Force is quoted as saying that the counterfeits could have “cheated thousands of pounds from unsuspecting members of the public and diverted vital funds away from the Royal British Legion”, which provides support to UK Armed Forces and its veterans. In response, the Royal British Legion has encouraged people to donate through official channels to avoid the possibility of purchasing fakes. This is the latest high profile crackdown of brand misuse by the Royal British Legion; in 2014, a spokesperson explained to World Trademark Review the ongoing challenge of stopping the poppy become politicised, especially by far-right political parties. (AH)

The Slants trademark reaches registration – Six years to the day after it was first filed, THE SLANTS trademark was registered this week by the US Patent & Trademark Office (USPTO). This comes following the Supreme Court's long-awaited ruling in Matal v Tam in June, holding that the disparagement clause of the Lanham Act violates the Free Speech Clause of the First Amendment. We spoke to the trademark's applicant, musician and activist Simon Tam, on the World Trademark Review podcast in 2015. Commenting yesterday on Twitter, Tam thanked his followers and stated: "Justice moves slowly." (TJL)

A fight for Portland’s most famous deer – It has been reported that Portland brewer Old Town Brewing is engaged in a trademark scuffle with the City of Portland over the use one of the city’s most iconic images, a white stag neon sign. The city purchased the sign seven years ago and subsequently filed for registered trademark rights. It has since been actively enforcing its rights to control use of the image. However, the city failed to expand their rights into the alcoholic beverages space, when an application in 2016 was rejected due to the similarity with Old Town Brewing’s trademark, which was issued four years prior. Despite the rejection, the city has continued to negotiate with big players in the brewing industry regarding licensing rights. Adam Milne, owner of Old Town Brewing, has said that his brewer will continue to lock horns with the city over the use of the stag. (TA)

European court hears latest red sole case – The Court of Justice of the European Union is today hearing the latest instalment in the dispute over whether Christian Louboutin’s red soles for high heeled shoes should be eligible for trademark protection. Louboutin has been fighting Van Haren, a Dutch shoe shop, since 2012 when the latter sold a line of red-soled high-heeled shoes, which were argued to infringe the former’s Benelux trademark. Having escalated to the EU level, the dispute now hinges on whether Louboutin’s red-sole mark is a shape mark, inconsistent with European law, or not. A preliminary decision was given in June, recommending that Louboutin be granted a trademark. (AH)

Activision sued over use of Humvees in Call of Duty –  AM General, the maker of Humvee branded vehicles, has filed a complaint accusing video game developer Activision of trademark and trade dress infringement due to its use of Humvee vehicles in various games in the popular Call of Duty franchise. AM General is seeking compensatory, punitive and treble damages, after communications over the span of a year failed to resolve the issue. The complaint notes that Activision has “reaped billions of dollars in revenues from their wrongful acts and, in the process, have irreparably harmed AM General by causing significant confusion, expressly misleading the consuming public, and diluting the goodwill and reputation of AM General’s famous marks”. A spokesperson for Activision has stated that the company does not comment on pending litigation. It appears opinion is divided in the legal community about this dispute; some lawyers have said AM General has a good case, while others have claimed the use in the games should be seen as free marketing for the motor brand. That debate will no doubt continue as the lawsuit moves forward. (TA)

Trump’s son-in-law visits notorious counterfeit market – According to The Times, US president Donald Trump’s son-in-law Jared Kushner has been photographed visiting Beijing’s Silk Street Market, a place notorious for selling fake copies of US brands. Kushner, who works as a senior adviser to the president, was in Beijing as part of Trump’s state visit to China, and reports claim he was at the market to buy toys for his daughter. On the surface, the visit to the market – which is on the the Office of the US Trade Representative’s latest Special 301 Out-of-Cycle Review of Notorious Markets – is a harmless visit to a popular shopping area, but has been seen by some as being in contrast to Trump’s tough words on addressing the trade imbalance between China and the United States, specifically: “The United States commits to protecting the intellectual property of our companies […] to provide a level playing field.” (TJL)

Loo-uis Vuitton on sale – A Los Angeles-based artist has caused a stir by creating a toilet made out of $15,000 worth of Louis Vuitton bags. The "fully functioning” creation – called "The Loo-uis Vuitton Toilet" – is not endorsed by Louis Vuitton; it is a collaboration between artist Ilma Gore and online designer retailer Tradesy, according to Insider. The final completed product had been featured in the Tradesy showroom in California, but the artist has now put it on sale for $100,000. Interestingly, Gore clarified on Instagram that the toilet is made from “authentic Louis Vuitton bags”, a reminder of the rampant counterfeiting that the brand faces. The sale of the toilet caught the eye of trademark expert and legal scholar Rebecca Tushnet, who commented on Twitter: “Now here's a first sale issue for you.” (TJL)

Amazon and Google get ready to tussle over ‘.kids’ – Amazon, Google and one other applicant, the DotKids Foundation, are scheduled to fight it out for the new ‘.kid’ and ‘.kids’ generic top-level domains (gTLDs), which go to auction on January 25 2018. Being a ‘direct contention’ auction, however, means that only one of the two domains will ultimately go live. Google is the only applicant for the ‘.kid’ domain name but it successfully won a String Confusion Objection against ‘.kids’ applications from Amazon and DotKids, meaning that all three applications will be part of the same auction. Barring a privately negotiated deal, it seems likely that either Amazon or Google will end up with control of the domain name. As noted by Domain Incite, though, both ‘.kid’ and ‘.kids’  are unlikely to be high-volume gTLDs, since child-friendly domain names have a poor track record, partially due to the extra restrictions registrants must agree to. (TA)

A closer look at popular Belgian logos – Design magazine The Word published an interesting feature this week looking at the aesthetics and history of some of the most popular brands in Belgium. Some of the anecdotes in the article speak on the importance of logos, especially in regard to signage. For example, looking at Belgium’s popular Quick fast food brand, a designer who worked on Quick’s rebrand in 1992 talked about the thought process that went into colour of the new logo: “We commissioned a study revealing that no one wakes up in the morning and decides to eat a fast food burger. It’s something you see while out and about, thinking ‘I’ll stop and have one.’ That’s why signage is extremely important and needs to make a huge impact. As the colour is the first thing you remember about a logo, we went for just one colour, red, which is lively, powerful, and clear and is associated with food and passion.” The article is a reminder of the power of branding, and the incredible thought that goes into well-known trademarks. (TJL)

Strange trend of surreal distortions of well-known trademarks – In lighter news, a group of Photoshop artists are modifying the logo of well-known brand logos into surreal phrases and slogans. For example, “Subway, Eat Fresh” has been changed to “Sbubby, eef freef”, with the remixed logo closely resembling the registered trademark. Many other brands – including Adidas, Dunkin’ Donuts, Google, Supreme and Yamaha – are represented on the forum dedicated to this strange trend. The forum has over 25,000 followers to date, with some of its most popular distorted logos on sale as T-shirts. While mildly amusing, it is also a reminder to trademark practitioners of the sometimes baffling ways that people will creatively distort these protected brand assets. (TJL)

Time running out to nominate the world’s best corporate trademark team – The deadline to make nominations for our annual search for the world’s best corporate trademark professionals is fast approaching. The form, which only takes a couple of minutes to complete, seeks information on the industry-leading individuals who should be included in the second edition of WTR 300: The World’s Leading Corporate Trademark Professionals, as well as those that should be shortlisted for the WTR Industry Awards 2018. So make your nominations soon, as the opportunity to do so ends on December 8 2017. (TJL) 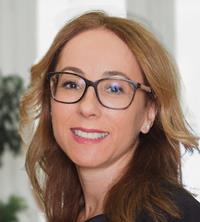