An Australian senator has led a protest, accompanied by a flock of sheep, against a trademark lawsuit initiated by Deckers Outdoor Corporation. The dispute focuses on the UGG brand of boots, with Senator Nick Xenophon arguing that the term should be protected as a geographical indication.

Deckers legally acquired the UGG brand in 1995 from Australian accountant Brian Smith, who had – when travelling in the US – identified an opportunity to market the Ugg boot, a sheepskin product originating in Australia and New Zealand. Following the acquisition, which included a US registered mark for the term, Deckers has expanded both its global portfolio and revenues. Reuters reports that the sale of its boots, popular across the US, exploded to $1.52 billion in fiscal 2016 (from $37 million in 2003).

Given the rise in revenue, trademark protection is high on its agenda. Last year we covered the ongoing action between Deckers and Australian Leather in the Illinois Northern District Court, in which the latter is accused of infringements of the UGG trademark. In the dispute against Australian Leather – a Sydney-based boot maker which is specifically accused of “the willful sale of unlicensed, infringing products bearing Deckers’ exclusive trademark and patented designs” – Deckers is seeking punitive damages in the millions of dollars, delivery-up and destruction of the company’s stock and transfer of its bank funds.

In this respect, it is appears to be a run of the mill trademark dispute. However, the wrinkle here is that, in Australia, the terms ‘Ugh boot(s)’, ‘Ug boot(s)’ and ‘Ugg boot(s)’ have been declared generic terms for a specific style of sheepskin boot. On the company website, then, founder Eddie Oygur, alleges that Decker’s action is a “form of legal bullying” to prevent Australian companies from exporting the boots and urges government action.

He has found an ally in Australian Senator Nick Xenophon, who stated: “This legal action seems as ridiculous as an Australian company trademarking ‘Apple Pie’ in the US and preventing Americans from selling apple pies… If the French can protect ‘Champagne’, the Portuguese ‘Port’, the Spanish ‘Sherry’ and the Greeks ‘Feta’, then surely Australia can protect the word ‘Ugg’.”

With the case progressing, this weekend Xenophon, who has developed a reputation as a ‘political stuntman’, upped the ante, jumping on a plane to California to host a protest – with Oygur and a flock of sheep – outside Deckers’ US HQ. He posted a series of updates to social media, concluding with posts announcing that the local police had been called, followed by a video of the sheep running off up the road.

The David v Goliath narrative in trademark disputes is always media friendly. Thus far, though, while covered by the New York Times, the case has generated more coverage in the Australian media than in the US (examples are here, here and here).

For its part Deckers has not yet responded to the protest, but given the scale of its business, based on registered rights, it is unlikely to be swayed by the coverage of the protest. For now, then, the court case will proceed on its merits. As Allens’ Lev Gutkin and Suzy Roessel wrote on World Trademark Review last year, Deckers has previously been victorious in US litigation around the UGG mark. In 2005, for instance, in Deckers Outdoor Corporation v Severn, the court found that the term was not generic in the US (the court stating that, while the doctrine of foreign equivalents in the United States would prevent the English translation of a generic non-English word being a trademark, it does not apply in circumstances where an English word is seen as generic in another English-speaking country, but not in the United States).

Whether this case will come to a different conclusion remains to be seen but the dispute will no doubt generate more headlines as it nears a conclusion, particularly if further media blitzes follow this weekend’s stunt. 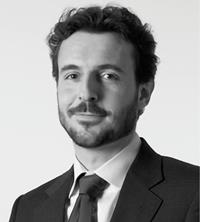