The Trademark Law was fully amended in March 2019, in order to align it with the EU Harmonisation Directive (2015/2436).

OSIM is the body responsible for granting trademark protection in Romania. The Trademark Law was most recently amended in May 2010 in order to harmonise it fully with the EU directives and bring it into line with the EU Community Trademark Regulation regarding examination criteria.

The Trademarks Law is under imminent revision due to the obligation set by EU Directive 2015/2436 (16 December 2015) to approximate the laws of the member states relating to trademarks.

According to the principle of exhaustion of rights, the rights holder loses its right to control the distribution of the goods once the medicinal product has been put on the market in any EU or European Economic Area member state, so that the product can be traded freely by authorised wholesalers in any of these countries. This principle was introduced in Article 38 of the Trademark Law: “The right conferred by the trade mark is exhausted and the holder cannot forbid other persons the use of the mark for products that were put on the market in the EU and the European Economic Area under this mark by the owner or with his consent.”

Romania joined the European Union on 1 January 2007. Consequently, the responsibility of Romanian Customs to protect the external borders of the European Union increased considerably, as Romania shares major borders with non-EU countries. Pharmaceutical goods are not among the top 10 types of product most commonly seized, according to information provided by the National Customs Authority.

As of 1 January 2014, the EU Customs Regulation (608/2013) replaced former EU Regulation 1383/2003. The new regulation is also directly applicable in Romania and is supplemented by national legislation, the Customs Intervention Law (344/2005), which applies to applications based on national trademarks. The national legislation goes beyond the EU legislation as Customs interprets the legal provisions rather liberally, so that when it seizes goods for another reason (eg, an issue with the documents), it checks whether there is also a rights infringement.

Generic substitution is allowed. There are two key issues:

In respect to patent infringement, the rule is straightforward: the generic product must not infringe any valid patent.

A decision was just given in a peculiar case regarding a generic medicine product. In 2003, Company A – the manufacturer of the original medicine product – sued Company B – a manufacturer of a generic product – for patent infringement. A preliminary injunction was obtained in 2003, thus removing the generic medicine from the market from 2003 until 2010 when a final decision was ruled. This decision included the cancellation of the patent on which the preliminary injunction was based. From 2010 the manufacturer of the generic product was free to put its generic products back on the market; however, it did not do so. Instead, in 2013 Company B filed a new lawsuit against Company A, claiming that Company A had removed Company B’s products from the market back in 2003, wilfully anticipating that Company B’s patent would at a later point be cancelled. The case went through all stages of procedure, with a decision issued in March 2019 rejecting Company B’s claim. The court’s motivation is not yet released.

In respect to the reimbursement of the price of the product by the social security authorities, the prices of medicine products and the reimbursement policy of the social security authorities are both governed by the principles of Council Directive 89/105/EEC (21 December 1988) relating to the transparency of measures regulating the prices of medicinal products for human use and their inclusion in the scope of national health insurance systems (also known as the Transparency Directive).

The lists approved by the social security authorities is based on the list of international non-proprietary names. Doctors usually prescribe generic substitutes due to their reduced price. It is a matter of patient knowledge to be aware that same-substance original products are available. Manufacturers of original products may be at a disadvantage, due to the limited medical knowledge of a large part of the public.

The measures aim to tighten control of e-commerce relating to medicinal products by establishing: 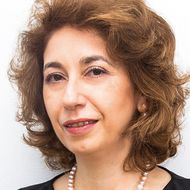