Revealed: the $300 billion plain packaging threat to the beverage industry

Startling new research from valuation firm Brand Finance has estimated that the spread of plain packaging to the beverage industry would result in close to $300bn in brand value losses, with The Coca-Cola Company and PepsiCo among the companies with most value at risk. The report warns that the true economic toll will likely be much higher, and comes after a recent call for brands to take a stand against plain packaging.

The domino effect of plain packaging, whereby it spreads to other product areas, has long been warned about by industry critics of brand restrictions on tobacco products. With this in mind, Brand Finance sought to analyse the financial impact that plain packaging would have on the brand value of food and beverage companies in four categories: alcohol, confectionery, savoury snacks, and sugary drinks. Its analysis concludes that eight leading brand-owning companies would lose a total of $187 billion in value should plain packaging be introduced for other fast-moving consumer goods products, with The Coca-Cola Company and PepsiCo among those corporations with the most value at risk ($47.3 and $43.0 billion respectively, equal to 24% and 27% of their total enterprise values).

Interestingly, while the largest company in the analysed sample in terms of brand value, as it has just only a third of its brands in affected categories, Nestlé is less exposed than PepsiCo or The Coca-Cola Company. Its 33% exposure would equate to a $24.3 billion loss of brand contribution value. The report notes: “While significant, this is only 10% of Nestlé’s enterprise value.”

While the likes of PepsiCo, The Coca-Cola Company and Nestle have elements of their brand portfolios that would not be impacted, for some organisations the impact would be more far-reaching. The report observes that the entire brand portfolios of companies specialising in alcoholic drinks, such as Heineken, AB IBev, and Pernod Ricard, would fall within the scope of the legislation, jeopardising future revenue streams. Of these companies, Pernod Ricard is estimated to lose a quarter of its enterprise value should plain packaging target alcoholic drinks, with substantial proportions of the enterprise value of Heineken and AB InBev too (20% and 15% respectively) also hit. AB InBev could lose the most in absolute terms with $43.3 billion at stake.

The full company analysis is below:

Based on the above, an extrapolation of the results to all major alcohol and sugary drinks brands suggests a potential loss of $293 billion for the worldwide beverage industry. However, the true economic toll is likely to be higher – the estimates focus on the loss of value derived specifically from brands and do not account for further losses resulting from changes in price and the volume of the products sold, or illicit trade.

The so-called domino effect, whereby plain packaging for tobacco products leads to a creep of the legislation into other product areas, has been mooted for some time. The regulatory stages that the tobacco industry went through on the path to plain packaging, such as large health warnings on packaging, is now being seen in other industries. As an example, the report cites Canada’s Yukon, which recently became the first territory in the world to introduce sizeable health warning labels on all alcohol products, cautioning against the risk of cancer. As we reported previously, at the INTA Leadership meeting in November, Corrs Chambers Westgarth’s Stephen Stern noted that “health experts are now advocating a similar approach be taken in other industries, specifically on alcoholic products and sugar intensive foods.”

The threat, then, is very real and today’s report provides insight into the economic impact for impacted brands. This would be compounded elsewhere in the supply chain, with David Haigh, CEO of Brand Finance, commenting: “Predicted loss of brand contribution to companies at risk is only the tip of the iceberg. Plain packaging also means losses in the creative industries, including design and advertising services, which are heavily reliant on FMCG contracts.”

For brands in other sectors, then, it is a threat to be countered and Stern’s previous warning that industries not seek to make concessions and accept smaller regulatory losses in the hope that it will derail the push towards plain packaging is worth remembering: “The tobacco industry has been under attack for decades and has made concessions but it has been a salami effect, whereby it is sliced and sliced until not much remains. Appeasement just doesn’t work.” Instead, he urged brands to “take a stand now” and push back against what could be economically devastating legislation. 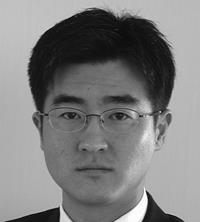