New research from Hogan Lovells has found that European businesses are investing more in their trademark teams than counterparts in North America and Asia Pacific.

The Hogan Lovells Brand Benchmarking survey polled 200 brand owners from across the globe (with companies headquartered in the Asia Pacific region representing the largest group of respondents [58%], followed by Europe [23%] and North America [19%]). In terms of team size, over 80% of respondents had 10 or less employees in their global trademark team, with other a third drawing on two or less professionals.

One notable trend, across the board, was that European brands reported – on average – larger trademark teams, as noted in the table below.

Q: How many people are there in your in-house trademark team? 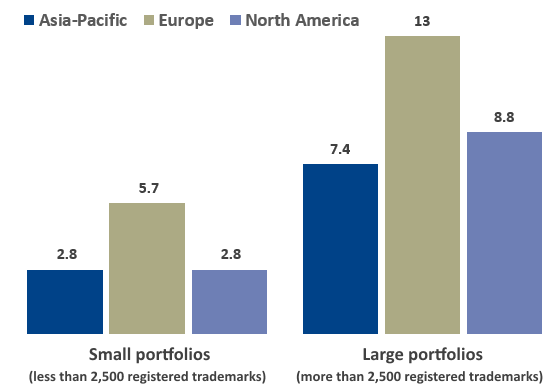 While trademark teams in Asia-Pac headquartered companies are smaller, the region itself continue to dominate in terms of where prosecution spend is directed. Nearly half (45%) of respondents reported that they spend a higher proportion of their prosecution spend in east Asian countries (including China, Japan and Korea), compared to a quarter identifying North America and a fifth the EU.

As the report notes, this breakdown might reflect the home jurisdiction of the respondents. By contrast, enforcement spend is more widely distributed. At 23%, Europe is most consistently the location of high spend on enforcement, followed by East Asia (18%). North America accounts for 13%, followed closely by the Middle East (10%) and Central and South America (9%).

As it stands, China (30%) and India (9%) are considered the most challenging countries for enforcement. Looking ahead, Asia is predicted to be where the greatest increases in trademark enforcement expenditure will be directed (60% of respondents), followed by North America (15%) and the EU (10%).

In terms of other key findings, the report reveals that:

For in-house counsel, though, the most notable findings relate to the investment going into trademark teams. Of course, in recent years many corporate professionals have become accustomed to working in an environment of budget and team cuts. Positively, in our recent Global Trademark Benchmarking Survey, the indications were that this budgetary pressure is easing, with 27% of corporate respondents predicting that their budgets will increase in the coming year. Over a quarter also expect increased headcount in the next 12 months. For those doing more with less, the hope is that senior management increasingly realise the ROI that trademark teams represent and ensure that they are fully resourced in future. 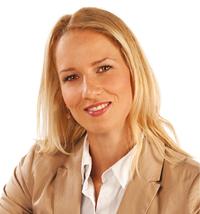