The owners of a London football stadium have sent a cease and desist letter to 125 year-old football club Dulwich Hamlet over the continued use of its name. The move has sparked an online backlash against both the stadium owners and the law firm that sent the letter, with industry experts suggesting that the registration could be vulnerable to invalidation on a number of grounds.

The trademark dispute is the latest round of a long-running battle between non-league football club Dulwich Hamlet and real estate developer Meadow Partners. The club have played matches at Champion Hill stadium since 1912, and in 2014 the stadium was purchased by Meadow Partners. The developer subsequently saw plans for residential properties on the site blocked by the local London council, and The Guardian reports that the council is due to discuss its own potential acquisition of the site. However, following an unexpected bill for £150,000 in back rent last week, the club was served notice that its license to play at Champion Hill had been terminated with immediate effect.

The club is now consulting with solicitors while also reportedly exploring ground sharing options. But in a new twist, the club also received a letter from law firm Blake Morgan, representing Greendales IP (a new subsidiary of Meadow Partners). The letter states that the developer had registered trademarks for ‘Dulwich Hamlet Football Club’, ‘The Hamlet’ and ‘DHFC’, and stated that the club should no longer use the marks on any printed literature and in any online activity, including websites and social media.

The UK filings, for classes 16, 18, 25, 28, 35, 41 and 43, were made in October 2017 and entered the register early last month. The focus on use of the marks in printed literature suggests that the aim is to tackle criticism of Meadows, something backed up by a statement the company gave to The Independent: “This [move] follows repeated breaches of the licence by the club, together with unwarranted personal attacks on the company, which has funded the club for a number of years and without which the club would not have survived as long as it has.”

If silencing criticism was the aim, the effort has arguably failed as Dulwich Hamlet FC took to social media to highlight the alleged “pettiness” of the move, garnering online support and asking for experts in trademark law to get in touch if they want to give the club “a hand”.

The dispute also raises some tactical questions with respect to the use of trademarks. Speaking to World Trademark Review, Cerryg Jones, partner at Browne Jacobson, noted: “The mere fact that you are first to register a particular trademark does not necessarily mean it gives you the right to prevent third parties from using something that is the same or confusingly similar in circumstances where there are prior unregistered rights. Hypothetically, if a football club has been involved in its football club-related activities for over 100 years, and someone else comes along and opportunistically registers the mark for football related activities, that doesn’t necessarily mean that they can prevent you from carrying on. In fact, the owner of the unregistered right could, in certain circumstances, try to reapply pressure the other way by seeking to invalidate the trademark registration on the basis of those prior rights. There may be some intricacies involved but, in principal, the fact that someone has registered a trademark does not necessarily trump someone that has been using that trademark earlier.”

As to possible next steps for the club, he opines: “The club could challenge the registration either on the basis of prior rights that cover some of these activities or alternatively it could be alleged that the trademark registration was applied for in bad faith. It is possible to get a trademark invalidated for those reasons.”

Chris McLeod, partner and trademark attorney at Elkington and Fife, concurs, explaining: “There may be a lot more to this than we are aware of in terms of the dispute, so my comments should be taken in that context. However, it seems to me that the applications were arguably filed in bad faith because the club – rather than the ground – would be the natural owner of at least the trademarks relating to the name of the club. Accordingly, as the owner of the ground is effectively threatening to sue the club, the logical response would be to threaten to counterclaim for a declaration of invalidity.”

We have written at some length about the importance of football clubs securing – and monitoring use of – their IP, and McLeod notes that “the clear takeaway is that it is worth spending the relatively small amount of money on trademark registrations to pre-empt or at least reduce the prospect of such disputes”.  Of course, budgets are finite and for semi and non-professional clubs in particular, intellectual property is unlikely to be top priority. Similarly, engaging lawyers to counter threats may be an unattractive expense. There are options available though, McLeod suggesting: “The club is unlikely to have deep pockets, so perhaps it should consider seeking assistance from IP Pro Bono.”

As noted above, there are two sides to every story (World Trademark Review has reached out to Meadow Partners for comment and will update this piece if we receive a response) and it remains to be seen just how this dispute plays out. However, another interesting dimension to point out relates to the blowback that can occur for law firms when a letter they send goes viral.

We reached out to Blake Morgan for comment and were supplied the following statement: “We were asked to provide advice on trademark law as part of our client's complex discussions about land at Champion Hill. We're aware commercial conversations between Meadow Partners and Dulwich Hamlet FC are ongoing, but are not party to these and cannot comment further." In this instance, though, supporters of the club (and its cause) have placed the firm, as well as Meadow, in their sights.

One respondent to Dulwich Hamlet’s tweet about the cease and desist letter states: “Be a real shame if Blake Morgan LLP got a string of negative Google Reviews off the back this” (a number of negative reviews have indeed been lodged over the past 12 hours), while another states: “This is dreadful publicity for you. I hope the money is worth dragging your company name through the mud.” The firm has posted its aforementioned statement on Twitter but that too has sparked a stream of negative comments over its involvement in the trademark applications.

Whether it comments further also remains to be seen, but the incident serves as a potent reminder that, when cease and desist letters go viral, it is not only the rights holder that can find itself under fire. 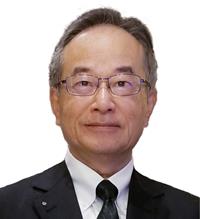