More evidence of the economic benefits of trademark ownership has emerged, with new research from the US Patent and Trademark Office (USPTO) revealing that registered trademark protection helps companies to grow, employ more people and innovate. Along with a slew of similar research findings to surface in recent months, the study reinforces efforts to communicate the benefits of trademark rights; not only to businesses, but to consumers and policy-makers.

Presented in a 57-page paper, the research was produced by economists from the USPTO and the US Census Bureau. The authors’ primary focus was to provide more reliable and detailed empirical insights into the commercial and social outcomes of trademark ownership. In the introduction, the authors point out that previous research has used data from outside the US and relating to large, publicly traded companies, raising doubts about the extent to which its results apply to the wider population. To overcome these shortcomings, the study makes use of a large dataset, drawing on wide-ranging company-level information from the US Census Bureau, as well as the USPTO’s own trademark case files (which details millions of trademark applications up to 2015) to measure the relationship between brand rights registrations and company lifecycles.

This data shows that, in total, R&D and patenting activity tend to be higher following a company’s first trademark filing, when compared to a control group. Trademark-filing companies, it reveals, are 20 times more likely to file for a patent or perform R&D than a typical US firm. On top of that, the proportion of R&D-performing companies that had applied for at least one trademark was significantly larger in 2011 (68%) than the share that had applied for at least one patent (50%); and more firms filed their first trademark prior to their first patent, than the reverse – with initial registrations for both kinds of rights often coming within a few years of each other.

The study also provides new evidence about the relationship between trademark registration and growth. It shows that the average number of employees at a company increases following its first filing, and that employment growth is quicker at firms with at least one trademark registration than at companies in a control group; the gap between companies that file for brand rights in their first year and those which do not, for example, grows as the businesses age. Similarly, while pre-filing average revenue trends for trademark-owning companies and the control group are similar, a considerable revenue gap opens between the two groups shortly after registration of the first trademark.

In all, this latest USPTO study coincides with other recent research showing the positive economic effects of trademark protection, such as an academic report demonstrating the link between brand rights and the financial performance of SMEs. As such, it adds to an increasingly wide-ranging and reliable body of evidence for the commercial and economic benefits of soft IP rights. 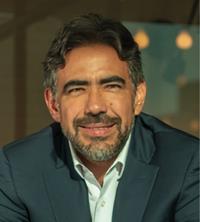