Protecting the knowledge and traditional cultural expressions of different cultures and indigenous communities is a complex task. Opinions are divided, but one route may involve IP rights to protect traditional forms of innovation and creativity.

The fashion industry – including a number of great designers and famous brands – has been under scrutiny for alleged attribution or appropriation of certain cultural expressions in its designs. This has raised concerns about the lack of legal provisions protecting different cultures and indigenous communities and their knowledge and traditional cultural expressions.

Cultural appropriation is the use of cultural elements typical of one ethnic group by another, stripping it of all its meaning and totally ignoring its primary use. It is what happens when a cultural element is usurped for purposes that have nothing to do with those attributed to it.

An example of a famous case involved the designer Isabel Marant and the company Antik Batik, which sold blouses covered with typical ornaments from Santa María Tlahuitoltepec, Oaxaca. The French government issued a document addressed to the Oaxaca local government to prevent the sale of these indigenous designs without the corresponding payment of royalties to the designer. However, the peer pressure placed on the designer was so great that she finally recognised that her designs came from the Santa María Tlahuitoltepec community and stated that she did not intend to take advantage of it.

In recent years, a number of indigenous peoples, local communities and the governments of several developing countries, have urgently requested that the highest authorities (mainly WIPO) establish some sort of protection for traditional knowledge. The current IP system is insufficient, because any protection that it can provide for traditional knowledge is limited and temporary.

Many questions have been asked about this controversial topic. Can cultural appropriation represent a real obstacle to the inspiration of designers? What are the limits and how should it be approached from a legal perspective?

WIPO has been active over the years in trying to adequately address the problems related to traditional knowledge because it does not enjoy strong protection within the IP rights system and there is no specific international instrument available that grants it legal protection. Even when certain countries have developed some rules for the protection of their cultural heritage, it is an insufficient basis for the field of protection of traditional knowledge.

To address this situation, WIPO has established the Intergovernmental Committee on Intellectual Property and Genetic Resources, Traditional Knowledge and Folklore, which has been actively working to develop a legal instrument to find solutions that ensure, among other things, the adequate protection for traditional knowledge, genetic resources and cultural expressions. The committee’s latest session took place on 18 March 2019 and was dedicated to launch negotiations with the aim of finding an agreement on the viable legal instruments that will be adopted for the protection of traditional knowledge.

As the results of WIPO’s initiative are awaited, the possibility of extending existing legal instruments to encompass traditional knowledge can be expected. With this in mind, copyright and geographical indications (GIs) would appear to be the most appropriate legal rights.

Within the copyright realm, it is intended that any human community, whether united by its religious beliefs, artistic values ​​or common ethnic groups, can, in principle, claim a traditional knowledge that is unique and creative by the mere fact of being the direct expression of the group’s traditions and beliefs. In addition, the mere fixation of the work of art in a tangible medium of expression would be sufficient to give rise to copyright, without the need for registration, and so facilitate access to the protection of the communities concerned.

Therefore, even expressions of traditional knowledge with a low degree of externalisation (eg, knowledge that is verbally expressed, written or even incorporated in some type of religious or sacred artefact), could be covered by the copyright system. This would enable local communities to avoid the misappropriation of their cultural heritage, while raising it from being merely a materialistic concern (ie, a consideration of whether to take advantage of the economic opportunities presented by traditions being popular and recognisable).

However, legal concerns include the fact that in a community of people it is not possible to identify a single owner of the moral right over the work of art. Unfortunately this is necessary to give rise to copyright protection. Even if an author can be identified, protection would last only for a limited time. Or, on the other hand, even if the communities wanted to control every use of their expressions and traditional knowledge, copyright law allows the creation of derivative works from other people's works, as long as there is enough originality in the new creations. The text of a legal instrument would have to draw the line between a legitimate loan and unauthorised appropriation.

With respect to GIs – which have an unlimited duration and the possibility of being collective property – these have already been used to preserve traditional products (eg, liqueurs, sauces and teas) against misappropriation. GIs can be particularly useful when it comes to artisanal products, the characteristics of which are linked to their particular geographical origin or local heritage and customs.

However, from a legal perspective, the protection of traditional knowledge as GIs is not entirely free of inconsistencies. For example, GIs only allow the registered indication to be exploited, while knowledge itself and specialised techniques to reach that geographical indication are beyond the scope of protection.

There is a degree of confusion about how traditional knowledge is protected, the only certainty being that designers are increasingly aware of the importance of cultural heritage. Fine-tuning the details will be a complex task, since there are divergent opinions about the best way forward: whether it is appropriate to use rights similar to IP rights to protect traditional forms of innovation and creativity or to develop a new legal system focused on traditional knowledge issues.

At this point, it is advisable to wait and see whether the WIPO Intergovernmental Committee on Intellectual Property and Genetic Resources, Traditional Knowledge and Folklore will provide the cornerstone of traditional-knowledge protection and fill the gaps that the fashion and other industries currently pursue. 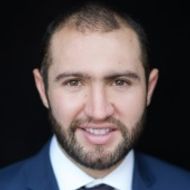