This legislation constitutes a transposition of EU Directive 98/71/EC on the legal protection of designs (13 October 1998).

Further EU regulations on industrial designs with effect in Spain include EU Council Regulation 6/2002 on Community designs and its related implementing regulation (12 December 2001).

At international level, the relevant legislation applicable in Spain regarding industrial designs includes:

Unregistered designs are not regulated by Spanish legislation; however, Spanish Design Law 20/2003 expressly recognises that unregistered designs have specific European protection (as established in EU Council Regulation 6/2002 on Community designs) against acts of unauthorised exploitation of design copies (12 December 2001), which lasts three years from the date on which the design was first made available to the public in the European Union.

The protection of an unregistered design constitutes a right only to prevent copying; it does not therefore extend to design products which are the result of an independent creation by a second designer.

According to the decree law, any natural or legal person, Spanish or foreign, with residence or establishment in Spain, or a citizen of a country belonging to the World Trade Organisation or the Paris Convention, can apply for an industrial design registration before the Spanish Trademark and Patent Office (SPTO).

The right of the design belongs to its author or assignee (Article 15 of the decree law).

The appearance of the whole or a part of a product resulting from the features of, in particular, the lines, contours, colours, shape, texture and/or materials of the product itself and/or its ornamentation may be protected as industrial design, provided that they are new and have individual character (Article 5 of the decree law).

In this context, ‘product’ means any industrial or handicraft item, including parts intended to be assembled into a complex product, packaging, get-up, graphic symbols and typographic typefaces, but excluding computer programs. On the other hand, ‘complex product’ refers to a product which is composed of multiple components which can be replaced, permitting disassembly and re-assembly of the product.

A design applied or incorporated into a product which constitutes a part of a complex product will be protected only if that part, once incorporated into the complex product, remains visible during normal use of the latter. In this context, ‘normal use’ means use by the end user, excluding maintenance, servicing or repair work (Article 8 of the decree law). There is an exception commonly known as the ‘must-fit clause’, according to which an industrial design right will not be granted if the features of the design must necessarily be reproduced in their exact form and dimensions in order to permit the product in which the design is incorporated or to which it is applied to be mechanically connected to or placed in, around or against another product so that either product may perform its function.

No protection will be granted for the features of the appearance of a product which are solely dictated by its technical function (Article 11) or which are contrary to public order or morality (Article 12).

The following are the official fees for electronic filing:

There is no official fee to be paid on grant or publication.

From the date of the first disclosure, there is a 12-month grace period to proceed with the filing in Spain (Article 10 of the decree law).

A request for a design registration can be done on paper. However, the SPTO actively promotes electronic filing, which is the recommended procedure for filing in Spain.

If the applicant is a non-resident of an EU member state, he or she must be represented by an official IP representative domiciled in Spain.

Applicants residing in an EU member state without a legal representative must indicate a postal address in Spain or, alternatively, expressly indicate that all notifications from the SPTO to the applicant are to be made by email or any other technical communication means available for the SPTO.

During the registration proceedings, no substantive examination is made. The proceedings can be summarised as follows:

There is a post-granting opposition period of two months after the publication of the grant in the BOPI. During this period, any person may file an opposition before the SPTO against the grant alleging infringement of Articles 5 to 11 of the decree law (ie, lack of novelty and individual character). Additionally, any person who is the legitimate owner of a prior industrial property right or copyright may file an opposition based on any of the grounds established by Article 33.2(a) to (e) of the decree law.

If the SPTO finds the opposition admissible, the documents filed by the opponent will be forwarded to the design owner, who will be able to submit observations in response within a two-month period.

Where applicable, the SPTO allows the owner to modify the graphic representation of the design or to delete the conflictive element, as long as such modification or deletion does not substantially alter the design as initially registered.

The SPTO will then render a decision, either entirely or partially, upholding the opposition or rejecting it.

The decision may be appealed before the SPTO in a one-month term from publication of the decision in the BOPI.

Invalidity: A registered design may be declared invalid if the protection requirements are not met. Such action will be brought before the competent Spanish commercial courts based in Madrid, Valencia or Barcelona (Alicante can also handle these cases when a community design or EU trademark infringement is involved).

The invalidity action may be initiated by any natural or legal person having a legal interest in it.

The final decision declaring the invalidity of a design will be notified ex officio by the court to the SPTO, so that the latter immediately proceeds to the cancellation of the registration and to its publication in the BOPI.

Revocation: A registered design may be revoked for the grounds included in Article 71 of the decree law – namely, because of lack of renewal, a surrender request by the owner or in the unlikely situation where the owner no longer complies with the legitimation conditions established in Article 4 of the decree law. While revocations based on the first two grounds will be dealt with by the SPTO, the resolution of revocation actions based on the last ground corresponds to the abovementioned courts.

Surrender: The surrender of a registered design will be communicated to the SPTO in writing by the rights holder.

The surrender will not be found admissible if over the concerned design there are rights in rem, purchase options, seizures or licence rights registered at the Design Registry without the agreement of the rights holders. The SPTO will not enter the surrender in the register in the event that an action for recovery of ownership has been brought to the courts without the agreement of the claimant.

According to Article 45 of the decree law, a registered design will confer on its owner the exclusive right to use it and prevent any third party without consent from using it. Such use will, in particular, cover the making, offering, putting on the market, importing, exporting or use of a product in which the design is incorporated, or stocking such a product for those purposes. Such protection will extend to any design that does not produce in the informed user a different general impression considering the degree of freedom of the author when creating the design.

Spanish Supreme Court Judgment 275/2017 (5 May 2017, ES:TS:2017:1658) declares that the concept of ‘informed user’ for the purposes of assessing whether the design enjoys singular character may include the salespersons who sell the products, since – due to their personal experience and vast knowledge of the field – they are particularly attentive, even though they may not be considered experts with wide technical competence in the matter.

To claim protection for an unregistered Community design which has been infringed, EU Council Regulation 6/2002 on Community designs (12 December 2001) will be observed.

Chapter 2 of the decree law determines the civil actions that may be brought before the Spanish courts affecting registered industrial designs.

In particular, the owner of a registered design whose rights have been infringed may claim before the courts the cease of the infringing acts and compensation for damages. Further civil claims that may be brought before the courts would be the destruction of the infringing products or publication of the judgment, as well as the recovery of ownership. It is also possible to request a preliminary injunction – before, during or at the same time as initiating the civil proceedings – and preliminary inquiries to obtain information about the infringement dimension and companies involved.

Civil actions derived from the infringement of the registered design prescribe after five years from the date on which they could have been exercised. The commercial courts based in Madrid, Valencia, Barcelona, La Coruña, Las Palmas de Gran Canaria, Granada and Bilbao are competent for these infringement actions. Among these courts, some specifically handle design issues.

The Spanish Criminal Code determines that those persons who manufacture, import, possess, use, offer or introduce on the market with industrial or commercial purposes and without the authorisation of the holder of an industrial property right and, being aware of its registration, objects protected by those rights, will be condemned to a prison sentence of between six months and two years and the payment of a fine during a period which may vary from 12 to 14 months.

The design rights may be transferred, given as a warranty or licensed.

The design can be totally or partially licensed for all Spanish territory or a part of it. Licences may be exclusive or non-exclusive.

Any rights transfer or licence must be registered before the SPTO according to the procedures established in the decree law and its implementing regulation.

The 10th additional provision of the decree law declares that the protection granted to registered designs is independent of, cumulative to and compatible with copyright protection when the design at stake is sufficiently creative and original to be granted protection as an artistic work, according to the laws regulating intellectual property.

In this regard, Judgment 401/2017 rendered by Madrid’s Court of Appeal (Section 28, 15 September 2017) recognises the accumulative protection of registered industrial designs and copyright over a bag. In the analysis leading to such a conclusion, the court deepened the concepts of ‘originality’ and ‘level of creativity’ already defined by the Spanish Supreme Court and the European Court of Justice, declaring that the ‘level of creativity’ requirement does not mean that the work must achieve a concrete artistic quality, but that it must have a degree of originality such that makes it possible to distinguish the work from other creations where ‘originality’ is understood as an expression of the author’s personality. Such assessment should, in part, constitute an objective analysis of the independent and creative decisions taken by the author when creating the work. 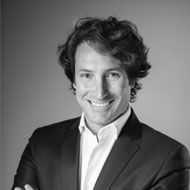