As Germany is a member state of the European Union, the EU Community Designs Regulation applies directly, covering both registered and unregistered Community designs.

Designs filed for registration with the German Patent and Trademark Office (DPMA) are not examined for compliance with the substantive requirements for design protection. The DPMA may review whether they meet these requirements if the design in question is challenged through a nullity request. Design infringement courts may review the requirements for protection if claims are raised in design litigation and the design is challenged through a counterclaim for a declaration of nullity.

The registrability of a design’s subject matter hinges on several legal requirements. The following are excluded from registered design protection, pursuant to Section 3 of the Design Act:

Section 4 of the Design Act includes another significant exclusion from design protection. A design that is used on or incorporated into a product that is an element of a complex product (eg, a car) can be considered as new and original only if the element remains visible during its originally intended use. If this first requirement is met, the visible features of the design must themselves meet the requirements of novelty and originality.

The renewal fees for each registered design (including multiple designs in a single application) vary in accordance with each protection period, as follows:

These figures are based on information provided by the DPMA in September 2017.

Once the application has been reviewed and any formal errors have been corrected, the design is registered and subsequently published (with deferred publication of the figures, where applicable).

No opposition procedures are available. However, designs that do not meet the substantive requirements for registered design protection can be removed from the register. Only relatively recently did the DPMA begin to accept requests for nullification of registered designs; previously, cancellation or nullification had to be requested from a court by way of a standard lawsuit. The DPMA is now fully competent to handle requests for nullification, while the courts have jurisdiction to nullify a design only where a nullity declaration is sought by way of a counterclaim filed by a defendant in a design infringement suit. As such, the law has been amended to provide that active requests to a court to nullify a design by way of a normal complaint are no longer admissible, and that design infringement litigation must be pending in order for the courts to rule on potential counterclaims for nullification.

Infringement of German registered designs (as with registered and unregistered Community designs) can be challenged by filing a normal action with a court that is competent to hear design cases. Designs are frequently enforced not only by way of normal actions, but also through ex parte preliminary injunction proceedings in urgent cases.

The plaintiff must also provide the court with an overview of the relevant prior art. German law provides that protection of a registered design must be assumed in normal design litigation. However, in practice, German courts request that plaintiffs disclose and describe in detail the relevant prior art. One reason for this is that the court may be unable to determine the scope of protection of a design (and consequently the question of infringement) without deep knowledge of the prior art. Thus, even if validity is not an issue because the design has not been challenged through a counterclaim, failure to disclose the relevant prior art may prove detrimental to the plaintiff’s case, because the court will be unable to determine infringement. In preliminary injunction proceedings, there is a statutory requirement for the applicant to disclose the prior art so that the court can make an ex parte determination of the strength of a design (and determine the scope of protection).

The normal timeframe for a design infringement suit is around six to nine months before a district court (eg, the Dusseldorf District Court, one of Germany’s most prominent design infringement courts) and another six to 12 months before an appeal court. This general timeframe applies to both registered and unregistered designs, as the courts do not distinguish between the two in terms of diligence and care of judicial review. However, cases involving unregistered designs may take longer, because issues such as whether the design was sufficiently disclosed may be in dispute and may be decided only on the basis of extensive witness testimony.

A recent decision by the Federal Supreme Court may affect the jurisdiction for claims for infringement of Community designs in Germany (national German designs are not concerned). The Federal Supreme Court’s judgment in perfume trademarks (rendered on 9 November 2017) concerns the appropriate court venue for cases where the defendant has committed several potentially infringing actions in different countries – a frequently occurring scenario in Europe’s interdependent business world. The decision directly applies only to infringements of EU trademarks; however, a majority of practitioners and legal experts expect that the jurisdiction of Community designs may also be affected. The court evaluated two potentially infringing actions:

Before the perfume trademarks case, most practitioners representing clients trying to enforce Community design rights in this kind of situation would have advised their clients that enforcement in Germany had a good chance of success, as both actions had been directed at German customers and had been committed in Germany. Now, there may still be ways to argue in favour of jurisdiction in Germany (eg, where several defendants in a supply chain can be sued). It must be accepted that the perfume trademarks case has complicated things for rights holders trying to enforce their EU trademark rights against infringement in Germany.

However, the UK Court of Appeal has referred a similar case (AMS Neve Ltd v Heritage Audio) to the ECJ. In this case, the UK Court of Appeal criticised the German decision in perfume trademarks. Thus, the chances are that the ECJ will rule that the issue of jurisdiction for EU trademarks and designs should be governed by different rules than the issue of applicable law.

Design rights are initially vested in the creator of the design. They may be transferred and assigned through conclusion of a contract. Such contracts are usually made in writing in order to ensure clarity in the terms of the agreement, or to make sure that the transferred ownership of a design can be substantiated in court. However, there is no legal requirement for contracts to be concluded in writing.

Design rights can be licensed, although design licensing is not as common as patent licensing. This is likely due to the fact that designs are usually registered because their owners seek an exclusive position on the market, which would be compromised if a successful design were licensed out to a number of third parties or even competitors.

The subject matter of designs can also be protected by copyright. Until recently, the Supreme Court regularly held that the requirements for copyright protection are much higher for designs (in that a ‘substantial creation’ is required) than for ‘normal’ works of art, because design protection is usually sufficient in this context. However, the Supreme Court has now changed its position, holding that design and copyright protection may exist simultaneously in many more cases than previously. In this regard, the court held that the requirements for copyright protection are the same for all eligible works of art, and that the category of ‘usable art’ (which may theoretically overlap with design protection) does not merit a stricter standard.

Another parallel cause of action where product design is concerned is unfair competition law. Although not technically deriving from IP rights, claims for unfair copying (ie, passing off) are regularly affirmed by German courts, even if the subject matter of the litigation is not protected by a separate design right. However, there are some differences between an unfair competition claim and a claim for design infringement. The particular design of a product is regarded as worthy of protection only if, at the time of the lawsuit, the court is able to determine that it possesses features which sufficiently distinguish it from all other products currently available on the relevant market in Germany. It follows that the scope of protection of a product in unfair competition cases is dynamic rather than static, since competitors’ products may, as time progresses, get closer to the original design, which in turn may narrow the scope of protection as the degree of originality with regard to the closest competitive products determines the scope of protection. In contrast, in design cases the scope of protection is determined in relation to the prior art existing when the design is filed (which may, depending on when the lawsuit takes place, be 10 or even 20 years back in time): a high density of designs in the prior art of the same field and thus a lower degree of freedom of the designer may mean a narrow scope of protection, while a low density of prior art designs in the field may mean a higher degree of freedom of the designer and thus a broader scope of protection. This is one reason why design rights may often be preferable to claims based on unfair competition.

Design rights may also collide with parallel trademark rights in three-dimensional (3D) marks. However, German courts have established different requirements for the infringement of 3D marks, such as whether the 3D form protected by the trademark is used in its characteristic parts; whereas design infringement relies on whether the overall impression of a design has been used unlawfully. However, since 3D marks do not have a limited term of protection (eg, as with designs, which have 25 years), one argument for filing a product as a 3D mark may be that as long as it is used it may – at least in theory – enjoy protection even after the design has lapsed. 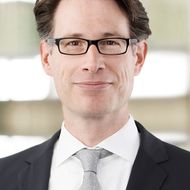 Jens Künzel advises and represents national and international companies with respect to all aspects of IP and competition law. Besides patents, he focuses his practice on design infringement, passing off and unfair competition. He regularly acts for and advises manufacturers from various industries with design-intensive products, such as sanitary products, women’s bags, fashion and textiles.

Mr Künzel graduated in law from Trier University. Following his first state examination, he studied at the University of East Anglia in Norwich, the United Kingdom, where in 1998 he obtained an LLM with distinction in common law.