French law can be construed in light of both national case law and the case law of the EUIPO and the EU courts, given that the substantive provisions are the same.

In accordance with EU law, designs protect the appearance of a product, while under the previous French law they protected product shapes. There are no limits as to the nature, intended use or shape of the product, although computer programs are expressly excluded from protection.

Protection applies to the whole or a part of a product, as well as ‘complex’ products, which are defined as products composed of multiple products that can be replaced.

French law does not provide protection for unregistered designs, although unregistered Community designs may be enforced; the French fashion industry benefits significantly from such unregistered protection. Under certain conditions, a design may also be protected by copyright.

Article L511-2 of the IP Code states that a design is protected only if it is new and has individual character. Exclusions apply to shapes that are dictated by function or required to interconnect parts of a product or non-visible parts of a complex product.

A design is new if no identical design has been disclosed before its filing or priority date. Designs are considered to be identical if their features differ only in immaterial details. Disclosure is not territorially limited to the European Union and can thus be made in any jurisdiction worldwide; however, it must be reasonably known, according to normal business practice, by professionals acting within the European Union. For instance, the EU General Court has ruled that publication of a patent in the US Patent and Trademark Office database constitutes disclosure (15 October 2015, T-251/14).

A design has individual character if the overall impression that it produces on an informed observer differs from that produced by prior art, taking into account the freedom of the designer in developing it. This concept determines the scope of protection enjoyed by the design.

The ‘informed observer’ will depend on the nature of the products and their trade channels, but will always be particularly vigilant due to his or her personal experience and knowledge of the sector (Court of Cassation, 3 April 2013). Depending on the product, the informed user may be both the end buyer of the product and a professional buyer (Paris High Court, 27 May 2016, concerning men’s underwear) or simply the end user (Paris Court of Appeal, 28 June 2016, concerning toy balloons). The informed observer has no technical knowledge of the product and is situated between the ‘average consumer’ found in trademark law and the ‘person skilled in the art’ found in patent law.

The appearance of a product whose features are dictated solely by the product’s technical function is ineligible for registered design protection.

The French courts have adopted EU case law providing that aesthetics is not a criterion in design law (Paris Court of Appeal, 27 March 2015). In other words, the design must not have an exclusively functional shape, but can be technical in nature or function, as long as the criteria for protection are met.

The courts will take into account the existence of any prior patent describing the product in part or in whole. Applicants are advised to carefully consider potential interactions between various IP rights, as they can significantly affect the novelty and validity of patents and designs (Paris Court of Appeal, 10 November 2015, STRAB v METALFIX). Design applications are published quickly and a deferment of publication may be useful to preserve the novelty of patent applications.

The mere fact that a shape has a functional aspect does not disqualify a design from registration if the functional aspect is not predominant. It must be determined whether considerations other than functionality were considered by the creator (EUIPO, Third Chamber, R-690/2007-3).

Spare parts are not treated differently under French law. This means that a design protecting only a spare part (eg, a car bonnet) is valid without taking into consideration the product as a whole (ie, the car). Considering the product as a whole raises questions as to the nature of complex products and interoperability.

Maintenance, servicing and repair are not considered to be normal use. The ‘end user’ refers to a person who acquires the design for its utility and not a third party incorporating the part into the complex end product (Paris High Court, 13 March 2009, Albright v Schaltbau). For example, the internal layout of a car bonnet will not be protected.

The part must be visible at least during one type of use if the product has several potential applications.

Interoperability: Article L511-8 excludes from protection the appearance of a product whose form and dimensions must be reproduced exactly to be mechanically associated with another product so that each product performs its function. In such case, the shape is functional not by necessity, but by the manufacturer’s choice; this exclusion is therefore intended to enable third parties to market elements that are compatible with the original products.

However, the shape is eligible for protection if it is designed to allow for the assembly of multiple connections within a set. The goal here is to enable the protection of a set and its combinations, seen as a single creation.

An application to register a design may be filed personally by the applicant or by a representative that is domiciled, seated or established in a member state of the European Union or European Economic Area.

The application must include:

All documents may be transmitted to the office in electronic format and no legalisation is required.

The design is protected for five years from its application date. This term is renewable up to four times, for a total protection period of 25 years.

Cases involving the infringement or validity of a French design or the French designation of an international registration must be brought before one of the 10 competent district courts (Bordeaux, Lille, Lyon, Marseille, Nanterre, Nancy, Paris, Rennes, Strasbourg and Fort-de France).

Article L512-4 sets out several grounds for invalidity. A design will be declared invalid if it does not meet the substantial conditions of protection set out in Articles L511-1 to L511-8. These include conditions relating to:

As for novelty, the prior art to be considered includes all material available before the filing or priority date, including material protected by copyright.

In this respect, applicants must take into account that in France, copyright requires no formal procedure and exists under the condition of proof of authorship or ownership. The lack of an official procedure implies the total absence of any centralised database referencing protected material. Thus, it is practically impossible to conduct an exhaustive prior art search.

Three other grounds of invalidity are of interest:

Invalidity decisions are recorded in the French Design Register.

The Paris High Court regularly reminds litigators that a likelihood of confusion is irrelevant for infringement; it must be demonstrated simply that both designs share substantial visual elements leading to a same overall visual impression (Paris High Court, 15 May 2015).

The scope of protection is determined exclusively by the views as filed, irrespective of actual use, and applicants must pay great care to those views when filing so as to anticipate their interpretation by the judge (Paris High Court, 16 April 2015).

The suit may be filed by the owner or the duly recorded exclusive licensee.

The claimant will be indemnified for lost profits, with the court taking into account:

These three factors are used in an equation – N x X x P – to calculate the amount of the claimant’s lost profits.

Compensation is also awarded for the dilution or depreciation of a design.

Damages can be significant; for example, in a recent case €250,000 was awarded for economic prejudice and €20,000 as compensation for dilution of the design (Paris High Court, 5 July 2018, Fatboy the original BV v FC Import).

French designs may be assigned, licensed or pledged. The corresponding deed, contract or judgment must be recorded in the French Design Register to be enforceable against third parties. The documents must be in French (or a translation must be provided).

The documents need not be original and a scanned copy will suffice, as all procedures are now undertaken electronically. Tax will be incurred only up to the 10th design in a recordal request.

Under the traditional principle of unity of art, a creation can be protected by copyright and design law. Recent case law seems to distinguish between these rights by stating that the originality required for copyright protection differs from the individual character required for design protection, and that both rights do not necessarily overlap (Paris High Court, 10 February 2015).

In the same way, the scope of copyright protection is determined by the reproduction of the creation’s main features; while in design law the same overall visual impression on the informed user is required.

The courts will most likely continue to develop and expand the autonomous interpretation of design law, separating it more distinctly from purely aesthetic copyright law. It is therefore important for applicants to register their designs and not rely simply on copyright law, which may not apply under the new doctrine. 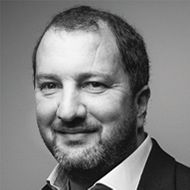