When an applied for sign is to be registered for pharmaceuticals, it is ex officio reviewed by the TPTO on the basis of absolute grounds (eg, distinctiveness, descriptiveness, delusiveness and being identical or indistinguishably similar to an earlier trademark). In addition, the TPTO also evaluates whether the applied for sign is identical with or confusingly similar to an international non-proprietary name (INN). If no absolute ground is found, the trademark application is published in the Official Trademark Bulletin and remains open to third-party oppositions for two months following the publication date. It usually takes eight to 10 months for straightforward applications with no ex officio refusal or third-party opposition until registration.

During the evaluation of likelihood of confusion regarding a third-party opposition, the TPTO looks for indistinguishable similarity, since it takes a narrower approach here than for the similarity evaluation between pharmaceutical trademarks and ordinary trademarks. This approach usually finds the small differences sufficient to distinguish trademarks from each other. The reason behind the TPTO’s narrow approach is that the targeted consumers of pharmaceuticals are considered to be professionals (ie, doctors and pharmacists) who have a medical education and are therefore deemed to have a high level of attention and circumspection so as to avoid easy confusion between trademarks. A number of recent Court of Appeal decisions involving pharmacy technicians as the targeted consumers held that the technicians’ level of attention was not considered to be high because, while they do sell pharmaceuticals at pharmacies, they have no medical education. However, such findings regarding pharmacy technicians have not yet been established by either the TPTO or the IP courts.

Several pharmaceutical trademarks exist that have not yet been put to use, mostly as a result of licensing problems, and are therefore vulnerable to non-use defence. Any opposition on the basis of such kinds of trademark can be overcome by non-use defence.

If the application passes the opposition period without any opposition or refusal, it is registered after the payment of the registration fee for national applications, or directly without further payment for international registration applications. However, the registration of a pharmaceutical trademark is not sufficient for the use of a trademark on a product in the market unless the product is approved by the Ministry of Health in accordance with the Regulation on Licensing of Medicinal Products for Human Use. The ministry does not ex officio make an evaluation based on similarity with an earlier trademark recorded at the TPTO; it only checks the pharmaceutical names that are listed in the Pharma in Use database and the names of products that have been previously approved by the ministry.

There used to be a ‘three-letter rule’ for pharmaceutical products that is mentioned in the doctrine, but there is presently no legislation in Turkey that explicitly regulates such a rule. Through this rule, pharmaceutical trademarks were required to differ from an earlier dated trademark by at least three letters. However, there are numerous trademarks registered with the TPTO that fail to abide by this rule. The Ministry of Health also no longer applies the three-letter rule.

Turkey has been a member of the World Health Organisation (WHO) since 1949 and is required to comply with its principles. Accordingly, the national regulations were also revised in line with such principles. Article 4 of the Implementing Regulation on the Labelling, Package Leaflet and Tracing of Human Medicinal Products regulates that “the international name of an active substance, accepted or recommended by the [WHO], does not have international proprietorship and should not be used in brand registration in line with the rules of the WHO”. This is applied by Ministry of Health while granting marketing authorisation and also by the TPTO while deciding on the mark’s registration.

The aim of the criteria is to avoid the use of INNs, INN stems or the signs derived from them in a way that may cause confusion between pharmaceutical products. Although there is no explicit regulation providing measures for avoiding the use of such terms as a pharmaceutical trademark, the Ministry of Health is intent on applying it and has even demanded that the TPTO ensure that INNs are not registered as trademarks. The TPTO keeps records of the INNs in its database by giving them a specific number beginning with ‘ILAC’ (meaning ‘drug’ in Turkish).

According to the IP Law, trademarks, including pharmaceutical marks, may consist of any sign such as words (including personal names), figures, colours, letters, numbers, sounds and the three-dimensional shape of goods or packaging. The taste or a scent of a product may not be registered before the TPTO. Non-traditional trademarks are subject to the same registrability conditions as traditional trademarks.

The IP Law accepts the ‘exhaustion of rights’ concept. Following the release of an IP right-protected product onto the market by the rights holder or authorised third party, the actions relating to that product remain outside the scope of the IP right. A trademark right is exhausted once a product is released onto the market by an authorised person, and imports of genuine products do not constitute infringement. Although parallel imports of genuine products that have already been sold in the market cannot be prevented as per the subject provision, trademark owners have the right to prevent the import of the products provided that a third party aims to use it for commercial purposes by means of changing or deteriorating the products.

Under Decree Law 556 on the Protection of Trademarks, the principle of exhaustion of a trademark right contains the term “after it is put on the market in Turkey”. In practice, this resulted in a number of discussions regarding the understanding that the term did not cover ‘international exhaustion’. In the new IP Law, this limitation has not been set out and international exhaustion is thereby put in practice.

The Pharmaceutical and Medical Preparations Law and the Implementing Regulation on the Labelling, Package Leaflet and Tracing of Human Medicinal Products provides strict regulations regarding the packaging and labelling of the pharmaceuticals. Pharmaceutical products must be marketed with a package or label in Turkish. However, the repackaging of a pharmaceutical is prohibited unless it is permitted by the Ministry of Health because it is deemed necessary for public health.

The use of an identical or similar registered trademark on the same or similar goods or services constitutes trademark infringement, according to the IP Law. Such use also constitutes unfair competition as per the general provisions of the Commercial Code. A trademark owner can initiate civil and criminal actions, including a preliminary injunction and a demand for compensation.

Counterfeiting and the illegal distribution of pharmaceuticals also constitutes a crime under the Penal Law, which carries the risk of one to five years’ imprisonment and a fine for up to 1,500 days to those who sell, procure or store decayed or transformed foodstuffs, beverages or pharmaceuticals that carry risk to life or health. The punishment increases by one-third where the offence is committed by a person who is a qualified health professional (eg, a physician or pharmacist).

In case of the sale or distribution of counterfeit pharmaceuticals online, access to the infringing website will be blocked. Although, according to the Law Regulating the Electronic Commerce, the intermediary service provider will not be held liable for monitoring or investigating the lawfulness of the content, they are also required to remove the unlawful content after being notified of the infringement. If the intermediary service provider refuses to comply with such notification, they will also be liable for the infringement.

Rights holders may register their IP rights before the Ministry of Commerce, which has authority over the Turkish borders and customs authorities. Customs generally notifies trademark owners and attorneys of suspicious activity, even if the trademark is not registered with Customs. In case the products are counterfeit, a complaint can be filed to start criminal proceedings, or a preliminary injunction can be requested from the civil IP courts for civil proceedings. If no proceeding is started, the suspected goods will be released by Customs.

In addition, the Ministry of Health’s Drug Tracking System operates, along with its other functions, as a monitoring system for dangerous counterfeiting. The system tracks pharmaceuticals with the corresponding identification number at each step from production until consumption by the patient or its disposal.

There are several regulations in Turkey containing provisions that concern advertising and the promotional activities of pharmaceuticals, including the Pharmaceutical and Medical Preparations Law and the Regulation on Promotional Activities of Medicinal Products for Human Use. It is not permitted for pharmaceuticals, whether prescribed or non-prescribed, to be advertised to the public.

Promotional activities regarding pharmaceuticals may be carried out only towards healthcare professionals under strict conditions. The information provided to healthcare professionals via promotional activities must be objective, informative and factual. It is possible to use promotional materials to organise and support scientific and product-promotion meetings; to visit physicians, dentists and pharmacists; and to conduct certified product promotions to such staff. There are different approval and permission procedures and budget limits for different activities. Promotional activities must not be used as an incentive for the unnecessary use of a product. Promotion of a product must be related only to the approved indications and the therapeutic area identified by the Ministry of Health.

The promotional activities of pharmaceuticals are also subject to other regulations, such as the Law on the Protection of Consumers, the Regulation on Principles and Fundamentals of Practices Regarding Commercial Advertisements and Announcements and the Law on Establishment and Broadcasting of Radio and Television Institutions, among others. In case of any breach of such provisions, the marketing authorisation holder will face certain administrative monetary fines.

In Turkish law, there are two types of pharmaceutical:

A generic pharmaceutical should be equivalent to the reference drug by its qualitative and quantitative features. A generic product is scientifically proven to be the bio-equivalent to an original drug having the identical therapeutic effect, except for certain products for which a bio-equivalence study is not required.

As pharmacies are allowed to give generic products which will create the least burden on the reimbursing bodies, it is widely discussed whether the interchangeability of the products at the pharmacy level is the best solution for maintaining public health. The policies of the regulatory bodies with respect to this matter must ensure that physicians have:

In Turkey, there is no regulation preventing pharmaceutical trademarks from being registered as a domain name. However, due to strict prohibitions regarding the advertising and promotional activities of pharmaceuticals, such websites must be designed only for the access of the healthcare professionals and access by the general public must be denied.

Where a domain name consists of a pharmaceutical trademark, this constitutes trademark infringement against the rights of another owner arising from a prior industrial property right. A successful legal action or a Uniform Domain Name Dispute Resolution Policy complaint may result in the transfer, cancellation or suspension of the domain name. 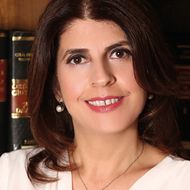 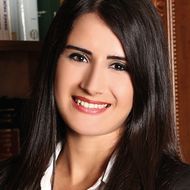 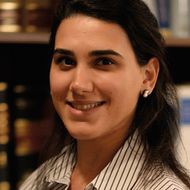