By Mohammad Jomoa and Asif Iqbal

The trademark system in Saudi Arabia is governed by the following laws and regulations:

The Saudi Trademark Law provides a non-exhaustive list of registrable trademarks. Anything with distinctive character can be a trademark, including names, words, signatures, letters, symbols, numbers, titles, stamps, drawings, pictures, inscriptions, packaging, figurative elements, shapes, colours, groups of colours, or combinations thereof, or any sign or group of signs used or intended to be used to distinguish the goods or services of one undertaking from the goods or services of another, or intended to identify a service or as a certification mark in respect of goods or services.

Under the Trademark Law, smells and sounds are recognised as trademarks. There is currently no clear standard approach towards three-dimensional (3D) trademarks; however, some trademarks (eg, the shape of bottles) are registered in Saudi Arabia. In the new law, inclusion of the term ‘packaging’ in the matter of trademarks appears to be an attempt to include 3D marks; nevertheless, the practice remains ambiguous.

The law does not recognise taste marks.

Saudi Arabia has a fast-track online registration procedure. Depending on the number of office actions issued during substantive examination, the whole process from filing to registration takes up to four months.

When filing a trademark, applicants must provide the following:

The first step is to upload the power of attorney for examination by the trademark office. Following its acceptance, further documents related to the application can be initiated.

The duration of trademark registration is for 10 Hijra years (a Hijra year is 11 days shorter than a Gregorian year). Renewals can be filed during the final year of protection. There is a six-month grace period for renewals with an additional fee.

Non-traditional trademarks are acceptable in Saudi Arabia. The Trademark Law recognises smells, sounds, packaging, shapes, colours and groups of colours as trademarks. Shape marks are commonly applied in Saudi Arabia; however, Trademark Office practice is not standardised and remains unpredictable. There are many shape marks or 3D marks which have been accepted by the Trademark Office, but the refusal rate remains high.

It is possible to file an appeal against a refusal decision of a trademark application before the Trademark Appeal Committee. Appeals can be filed online. Applicants can also file appeals against conditions imposed by the Trademark Office. The period for appeal in any case is 60 days.

Accepted applications are published on the Ministry of Commerce and Investment website for 60 days and any interested party can file an online opposition with the Trademark Opposition Committee.

The Trademark Law recognises the licensing of registered trademarks. Licence recordal is not mandatory. Licences can be exclusive and non-exclusive and can be limited to certain goods or services covered by registration.

Registered trademark can be assigned in full or in part. Recordal of assignment is mandatory. Non-recorded assignment is not effective in relation to third parties.

In general, there is no express prohibition over parallel imports in the Trademark Law.

Any import of pharmaceutical products is subject to government approval. The import of products requires approval from the Saudi Food and Drug Authority (SFDA), and the procedure is regulated. The products to be imported must be chemically identical to the products registered by the SFDA. Pharmaceutical product imports coming into Saudi Arabia also carry packaging and labelling requirements and customs authorities will check the imports in accordance with such requirements.

Anti-counterfeiting and enforcement measures start with Saudi Arabia’s Border Control Measures. Saudi Arabia has very effective border measures. The legal representatives of brand owners can sign a memorandum of understanding with Saudi Customs to exchange information for the protection of trademarks at customs entry level.

According to procedure, brand owners can record registered trademarks with Customs for watching. Customs notifies all ports in the country of such information. Any suspected consignments are seized and local legal representatives are informed to confirm the nature of the imported products. The local agent must submit a written confirmation of the nature of the goods and the customs department will seize counterfeit consignments once confirmed by the brand owners.

One of the options for the brand owners to handle the counterfeiting problem in Saudi Arabia when the goods are already imported or locally manufactured is through administrative action. Administrative action is initiated by filing a written complaint with the Anti-commercial Fraud Department (ACFD) in Riyadh. For each city, the ACFD requires separate complaints in accordance with the new procedure. Evidence of infringement in the form of a sample of genuine and infringing products, receipts from outlets selling infringing products and their address is required along with the complaints.

ACFD inspectors usually raid the sale or manufacturing points and seize the counterfeit products. On further investigation, the counterfeit goods can be destroyed. The ACFD can also recommend criminal action to the public prosecutor if it believes that there are criminal elements involved. In such cases the brand owner will not be party to it.

Recently, the competence of the Commercial Court also became part of debate. The First-Instance Commercial Court refused to accept its jurisdiction over trademark infringement matters, which was also devoid of convincing legal reasoning. These developments have caused considerable confusion in local practice.

The registration of a trademark is a pre-requisite for success in trademark infringement or counterfeiting cases. Unregistered rights are not generally recognised in Saudi Arabia except in cases of well-known trademarks in which the plaintiff is under a heavy burden of proof.

The following remedies are available under the Trademark Law:

There are no specific provisions relating to international non-proprietary names (INNs) in Saudi Arabia’s Trademark Law. As a member of the World Health Organisation (WHO), in practice Saudi Arabia implements the World Health Assembly resolution over INNs and the Trademark Office will not allow any trademark which appears to be identical or confusingly similar to a known INN.

The Saudi Authority for Intellectual Property was recently established and it is expected that trademark practice might change to some extent. It is unclear whether a distinctive element in addition to an INN will be acceptable as a trademark. Although, while interacting with trademark offices, the WHO secretariat always recommends that the registration of a trademark which is identical to or derived from an INN be prohibited.

There is no special legal provision or circular issued on INNs in Saudi Arabia.

In Saudi Arabia, pharmaceutical-product advertising is governed under multiple laws, codes and directives, including:

Trade name is part of advertising

Among others, the Code of Pharmaceutical Promotional Practices in Saudi Arabia stipulates that the following information must include in advertising:

It is permitted to advertise OTC medication to the general public in Saudi Arabia. However, it is subject to the prior approval of the SFDA. The content of advertisements is examined by the SFDA and after obtaining approval, the SFDA approval number must be displayed in the advertising.

Prohibition of reference to brand names in disease-awareness campaigns

In Saudi Arabia, disease-awareness campaigns do not qualify as advertising. Such campaigns are solely to raise awareness of information relating to public health, including disease prevention, diagnosis and treatment alternatives.

It is prohibited to reference a brand name, trade name or other distinctive product sign. The campaign should focus on the necessity to consult a competent physician and should be targeted at the general public or any specific class or classes of the public, not healthcare professionals.

In Saudi Arabia, it is not permitted for pharmacists to dispense medicine different from that indicated on the licensed physician’s prescription. Pharmacists are, however, allowed to issue generically equivalent medicines as a substitute, excluding medicines specified by the Health Ministry. Patient consent is necessary for drug substitution.

It is not permitted to advertise medicinal products directed at healthcare professionals online.

Any pharmaceutical products purchased online are not exempt from the general rules, meaning that medicines purchased online will be subject to customs procedure in accordance with the SFDA regulations. For local online sales, the rules of prescription will be applicable.

There is no express prohibition to advertise medicines on social media. Such advertising may be considered to be targeting the general public.

When submitting an application for approval of an advertisement to the SFDA, the applicant must specify the means of advertising. The SFDA decision in this regard must be complied with.

The Saudi Network Information Centre is the authority which administers the domain name system. The following entities and persons can register a Saudi country code top-level domain name: 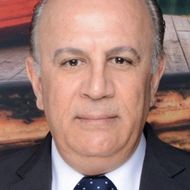 Mohammad Jomoa is partner and CEO at Kadasa Intellectual Property (formerly Kadasa & Partners). He has 28 years of diverse experience in intellectual property, particularly in trademark and patent litigation. He regularly advises clients on techno-legal issues in the Middle East and the Saudi government on IP legislation. Mr Jomoa has acted as external counsel for many pharma companies and worked extensively on data protection, patent linkage and pharmaceutical laws. He is also a regular speaker on IP issues at local universities. Mr Jomoa is a chemical engineering graduate from the University of Toledo, Ohio, and holds a postgraduate diploma in IP law from Franklin Pierce Law Centre, Concord, New Hampshire and the Gulf Institute for International Law. 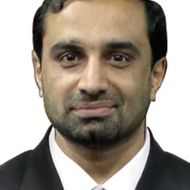 Asif Iqbal is head of IP legal at Kadasa Intellectual Property. He is a graduate of law and business administration, and also holds a WIPO-administered LLM in IP law from the University of Turin, Italy.

His experience includes engagement with a leading IP consulting firm. He also served as assistant director with the National IP Office of Pakistan for five years, where he was engaged in different IP and administrative roles. Since joining Kadasa in 2015, he regularly advises clients on multiple IP areas, including trademark, copyright, domain names and patent legal matters, particularly infringement proceedings and pharmaceutical laws. Mr Iqbal has attended multiple international conferences and workshops for WIPO as a participant and speaker. He is a member of INTA and the INTA Free Trade Agreement Subcommittee. He has authored several articles and commentaries on IP issues.