By Audrey Williams and Graziella Benedetti

For a sign to serve as a trademark for a pharmaceutical product, it must meet the distinctiveness requirement set forth in the Trademark Law for any sign that could be considered a trademark. As such, any sign, words or combinations thereof, including words, figurative signs, combinations of letters, numbers and colours, three-dimensional (3D) shapes, sounds, tastes and smells, that can distinguish a product or service in trade can constitute a trademark under Panama’s Trademark Law.

In Panama, trademark matters concerning pharmaceutical products are regulated by the Trademark Law (Law 35, 10 May 1996) and the Agreement on Trade-Related Aspects of Intellectual Property Rights (enacted as a national law by means of Law 23/1997).

Article 91(20) of the Trademark Law forbids the registration of marks that constitute or contain international common denominations recommended by the WHO (ie, international non-proprietary names (INNs)). Accordingly, the Trademark Office will refuse any application for the registration of a trademark for a pharmaceutical product that is entirely formed by an INN or that contains an INN as one of its elements. Marks that are comprised of an INN may also be refused on grounds of being descriptive or generic terms (Article 91(2) of the Trademark Law), as they refer to the active ingredient of the pharmaceutical.

However, the Trademark Law does not prohibit the registration of trademarks that are similar to INNs. Hence, in cases of oppositions against marks that are substantially similar to INNs, Panama’s IP courts have not refused the applications based on grounds of similarity with an INN. Notwithstanding, there have been instances where the courts have denied the registration of a trademark consisting of a term substantially similar to an INN on grounds of being misleading (when there is no evidence showing that the drug to be identified by the opposed mark has in its composition the pertaining active ingredient) and against public order because its adoption as a mark could cause confusion among consumers and thus endanger public health (Sanofi-Aventis v Quimfa International Corporation SA, Resolution 54/2009, Eighth Civil Circuit Court of the First Judicial District).

Another factor that deters the adoption of INNs as trademarks is the prohibition established in Article 30 of Law 1/2001 that regulates the introduction and distribution of pharmaceutical products in Panama. Article 30 provides that for the purpose of obtaining a sanitary registration (required for the licit distribution of all pharmaceuticals), it will not be possible to have as registered trademark an INN or a term that could be confused with an INN. Therefore, if a drug is identified with a mark that falls within this prohibition, sanitary registration would not be granted and the product could not be legally sold in the country.

Article 90 of the Trademark Law provides that the following signs can form trademarks:

However, motion signs are expressly excluded from trademark protection pursuant to Article 91(15) of the Trademark Law, which indicates that animated or changing (moving) denominations, images or 3D shapes, although visible, cannot be registered as trademarks.

For pharmaceutical trademarks, the 3D shape of the product (eg, the shape of a tablet) is a type of non-traditional trademark recognised by the Trademark Office.

Although the Trademark Law does not refer to ‘parallel imports’ or ‘exhaustion of rights’ as such, Article 100 does contemplate instances where the owner of a registered trademark cannot enforce its rights.

According to Article 100, the owner of a registered trademark cannot prevent a third party from engaging in commercial acts in connection with legitimately marked goods that the owner, its licensee or another person authorised for the purpose has sold or otherwise lawfully introduced into the market under the said trademark, provided those goods and the containers or packaging that have been in direct contact with them have not undergone any modification or alteration.

The abovementioned situation is tantamount to a parallel import, which means that parallel imports are permitted in Panama as long as the products, their packaging or containers have not been altered or modified in any way.

In light of what is prescribed in Article 76, even though parallel imports are allowed under the Trademark Law, it is likely that pharmaceuticals intended for other territories cannot be legally sold in Panama because of failure to comply with the specifications of the product registered before the ministry and covered by the sanitary registration. For instance, a drug intended for another territory may not comply with the labelling and packaging specifications of the drug registered before the ministry.

Repackaging can be performed only by companies authorised to do so by means of a licence granted by the Ministry of Health and only in connection with pharmaceuticals in liquid, semi-solid or in powder form to be repackaged from a larger container to a smaller container pursuant to Article 548 of the latest Sanitary Regulations (Executive Decree 40/2019).

Customs authorities are empowered to inspect and seize merchandise undergoing customs procedures, regardless of its final destination, that might be violating Panama’s IP laws. This means that even in-transit goods can be inspected and seized.

The inspection and seizure of suspected infringing goods can be carried out:

Under this procedure, both the trademark owner and the merchandise consignee must be notified of the seizure.

Once the trademark owner has been notified, it has the right to request product samples to determine whether they are counterfeit or infringing. If that is the case, the trademark owner is entitled to file an opposition against the traffic of the merchandise. The opposition must be submitted within five business days after receipt of the samples.

The trademark owner must file a bond to guarantee potential damages that may be sustained as a result of the detention. To determine the bond figure, the authorities must appraise the seized goods and the bond will amount up to 50% of the appraisal. However, a small percentage is usually established by the authorities as the bond amount to avoid onerous sums.

On denunciation from rights holders

This procedure requires the filing of a formal denunciation before Customs. Along with the denunciation, the trademark owner must post a bond to guarantee potential damages. This bond is initially set at $2,000 and must be increased if the appraisal of the detained goods results in a bond amount higher than the initial one.

The two abovementioned administrative procedures end with the filing of the damages bond. Thereafter, the case is transferred to the IP District Attorney’s Office for the initiation of the corresponding criminal investigation.

The criminal court is the authority that in due course will order the forfeiture and destruction of the seized goods.

Public prosecutors are empowered to initiate ex officio criminal actions for trademark counterfeiting or imitation whenever they learn from any source about the possible commission of this crime.

A specialised IP District Attorney’s Office with national jurisdiction was created in 2003. This office handles the prosecution of all IP crimes committed anywhere in the country.

Article 268 of the Penal Code provides that: “Whoever counterfeits, alters or imitates a trademark, a trade name or a slogan shall be punished with 4 to 6 years of imprisonment. The same penalty shall be imposed to whoever commercializes or circulates or imports or exports products or if the products are in transit in the country or offers services identified with trademarks that have been counterfeited, altered or imitated.”

If the trademark counterfeiting or imitation involves products that may jeopardise public health, the penalties will be increased by one-sixth or one-third. Thus, the nature of the product (ie, counterfeit drugs) constitutes an aggravating circumstance.

Rights holders are entitled to seek monetary compensation for damages sustained as a result of a trademark counterfeiting or infringement through a civil action.

The statute of limitations provided for civil actions for trademark counterfeiting or infringement is six years as of the last time that the violation occurred.

The Political Constitution of Panama states that it is an essential function of the state to ensure the health of the population, which includes protecting the public from advertising and propaganda that can be deceptive or harmful to health. To comply with this purpose, Law 13 (2008) was enacted to prohibit advertising or propaganda regarding hygiene, preventative and curative medicine, drugs and products for hygienic or medicinal use, cosmetics and beauty products aimed at deceiving or exploiting the public, or that can in any way be harmful to health.

The General Directorate of Public Health (GDPH) of the Ministry of Health is in charge of approving advertising or propaganda regarding hygiene, preventative and curative medicine, drugs and products for hygienic or medicinal use, cosmetics and beauty products. Its decisions are based on the findings of its advisory body, the Advertising and Propaganda Commission.

Resolution 0523 (2019) establishes the procedure to be followed by the GDPH for the approval of the advertising of any product, material, equipment or service relating to hygiene, preventative and curative medicine, drugs and products of hygienic or medicinal use, cosmetics and beauty products that are related to or may affect the physical and/or mental health of the population to be transmitted by any means of communication.

The approval of advertising materials will be valid for one year. However, if during this period the advertising suffers any type of modification, whether in form or substance, it must be submitted again for approval. The GDPH may suspend, temporarily or definitively, previously approved advertising if there is suspicion or certainty that the advertising contains deceptive or exploitative elements or that it puts at risk the health of the population.

Bio-equivalence must be demonstrated for generic products, with the exception of a list of products that the National Directorate of Pharmacy and Drugs (NDPD) of the Ministry of Health publishes on its website.

Public and private pharmacies must have an accessible lists of interchangeable pharmaceuticals issued by the NDPD. The pharmacist is authorised to offer generic substitution. Drugs that require strict supervision and the express authorisation of the attending physician will be excluded from the act of generic substitution. Doctors are obliged to inform patients about the use of generic drugs and prescribe by generic name, but may indicate the commercial name in parentheses.

E-pharmacies are not permitted in Panama. All public and private pharmaceutical establishments that aspire to manufacture, import, store, export, distribute or sell regulated products must have a licence granted by the NDPD that is available only for businesses with a physical establishment.

NIC-Panamá is the authority responsible for the ‘.pa’ domain. It has no rules preventing the use of a pharmaceutical product as a domain name. 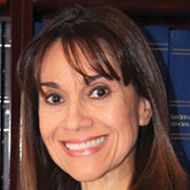 Audrey Williams is founding partner of the leading IP law firm, Estudio Benedetti, where she heads the anti-piracy department. She graduated in law and political science from Universidad Santa Maria La Antigua, Panama, and obtained an LLM from Boalt Hall School of Law, University of California at Berkeley. She has practised IP law for 25 years, including trademark prosecution and litigation, as well as copyright litigation. 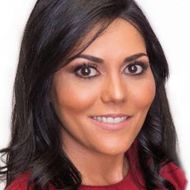 Graziella Benedetti is a senior associate at Estudio Benedetti, where she heads the

regulatory and compliance department. She graduated in law and political science from Universidad Santa Maria La Antigua, Panama, and obtained an LLM from the Franklin Pierce Center. She has practised IP law for 14 years, including trademark prosecution and litigation.