An entity representing the Duke and Duchess of Sussex is pursuing legal action against a small business owner in the Philippines, WTR can reveal. The trademark dispute related to the Archewell brand is set to be a fiery one, with the opponent publicly telling the royal couple that 'the Philippines is not a British colony so English laws don’t work here'.

Last year, Prince Harry and Meghan Markle sought legal protection for their ‘Sussex Royal’ brand, but faced a number of hurdles. What began as a young couple launching a charitable foundation turned into a long-running saga playing out under the public eye, involving unauthorised trademark applications, threatened oppositions and an intervention from the Queen. Eventually, the couple confirmed that their non-profit organisation would not use the ‘Sussex Royal’ name and they withdrew their trademark applications. Shortly thereafter, they announced a new brand name: Archewell.

What followed was a spate of trademark filings across the world by the couple’s legal entity Cobblestone Lane LLC in Australia, Canada, the European Union, the United States, and the United Kingdom, as well as an international submission (designating China, India, Japan, Mexico, New Zealand and Russia). Due to the couple’s global fame (highlighted this week with their upcoming Oprah interview), there were also a number of third-party attempts to obtain registered trademark protection for the Archewell name. For example, there was one filing in Germany, which was eventually withdrawn by the applicant.

However, it is in the Philippines where most third-party Archewell-related trademark activity has occurred. The most notable, perhaps, was filed by Iloilo resident Gina Agnes Sarabia in July 2020 for the term ARCHEWELL covering jewellery in Class 14. That application reached registration at the IP Office of the Philippines (IPOPHL) in December 2020 and is already in use by the applicant’s company, Sarabia Jewelry, which has launched an Archewell range of luxury products.

While one application has reached registration, WTR has discovered that at least one trademark application in the Philippines is being opposed by the royal couple. The application for the term ARCHEWELL HARVATERA was filed by Manilla resident Victor Martin Soriano in July 2020 for cosmetics and fragrances. In November 2020, a month after the application was published by the IPOPHL, it was opposed. The applicant, Victor Soriano, posted an image of the opposition letter he received, which confirms that the opposition was lodged by Harry and Meghan’s Cobblestone Lane LLC. In it, the legal entity requests “additional time” to notarise and apostille relevant documents in the United States and have the original documents sent to the Philippines.

It is understood that Soriano claims to be selling a deodorant product using the Archewell Harvatera brand name, while WTR has also found a ‘theme song’ for the brand purportedly created by the small business owner. On Twitter, Soriano has voiced his frustration at the slow legal process, recently saying that the royal couple “won’t talk to me”, adding: “I’m so in the dark about their extensions. Shouldn’t I have at least a carbon copy, so I can reply truthfully first-hand to them. I get lost in their legal jargon.” Following the registration of the aforementioned Sarabia-owned trademark (in which he is also named as the representative), he commented: “ARCHEWELL is now a registered trademark in the Philippines (and it's not a former British colony). English laws don't work here.”

In fact, Soriano is so undeterred by Harry and Meghan’s legal challenge that a month after receiving notice of the opposition, he filed a new trademark at the IPOPHL for the term ARCHEWELL COSMETICS. WTR has reached out to Soriano for comment (update: WTR's exclusive interview with Soriano can be read here).

In the meantime, the legal battle is a reminder of the headache that can be caused by third-party trademark applications. Talking to WTR, Lee Curtis, chartered trademark attorney and partner at HGF, says that it was “inevitable” that the couple’s announcement of their new brand would prompt speculative filings. “Frankly, I would have been more surprised, if speculative applications had not been filed,” he tells us.

Of course, the Sussexes deciding to lodge legal action against a small business owner could lead to negative press if framed as ‘trademark bullying’. However, Curtis says owning a registered brand means weighing up options and the couple clearly saw merit in pursuing this case. “One could take a zero-tolerance policy and oppose all applications identical or similar to Archewell, but sometimes it is best to choose your battles, otherwise one can get bogged down in numerous challenges,” he explains. “An assessment can be made whether an application is truly a bad-faith filing and how an applicant potentially using a brand might prompt a view that some applicants and applications are more problematic than others. This might have been an assessment applied to the ARCHEWELL HARVATERA trademark. Equally, this might be why a decision was taken not to oppose the application for ARCHEWELL for jewellery.”

WTR has reached out to the Archewell Foundation for comment on the legal action in the Philippines.

It is clear that the Duke and Duchess of Sussex are being stringent in the protection of their Archewell brand. For one small business owner in the Philippines, that could mean an arduous (and potentially costly) legal fight in the months to come. 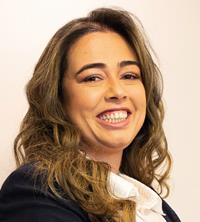