Every Tuesday and Friday, World Trademark Review presents a round-up of news, developments and insights from across the trademark sphere. In our latest edition, we look at a new law in China that could boost the fight against fakes, a comedian seeking over $100 million in trademark infringement damages, a leaked email revealing “efforts to trademark Clean Meat”, and the Kenyan government announcing a new anti-counterfeiting crackdown on online e-commerce platforms. Coverage this time from Trevor Little (TL), Tim Lince (TJL), and Timothy Au (TA).

New China law could boost the fight against fakes – A report in the South China Morning Post suggests that China’s draft e-commerce law may increase pressure on small online retail companies to fight the sale of counterfeits. In the latest draft of the proposed law, domestic online retail platform operators would be jointly accountable with merchants for selling any counterfeit goods online. The outlet spoke to Paul Haswell, a partner at Pinsent Masons, who commented: “This [draft] legislation is almost certainly going to be passed [and it will put] the onus on the platform operators to better police online sales.” (TL)

Positive results of ‘Swissness’ enforcement reported – The Swiss Federal Institute of Intellectual Property (IPO) has reported on its enforcement of ‘Swissness’ rules since they were adopted in January 2017. The results, according to the review, are positive. In all, the IPI has successfully intervened in 287 cases involving the misuse of ‘Swissness’ in both Switzerland and abroad. Much of that enforcement occured in China, where the IPI took action against 96 trademarks to prevent their registration. The organisation added: “Initial success is already evident; in 2017, 34% fewer trademarks with a designated origin of Switzerland were applied for in China compared to the previous year. The long-standing efforts to prevent misuse of the ‘Swiss’ brand in China are therefore now paying off.” (TJL)

Comic seeks £250 million in trademark infringement damages – Femi Edwards, a Nigerian comedian, is seeking £250 million in compensation from telecommunications company MTN Nigeria Limited, claiming that the telecoms giant infringed on his trademark rights. Specialising in events productions and marketing with a focus on comedy, Edwards had been using the name ‘Comedy+’ since 2010. But, in 2017, he took issue with MTN launching a new platform with the same name, claiming that the telecom company had profited from passing off his services and products. He claimed that several other comedians and members of the public had even congratulated him on the launch of the platform, having mistakenly believed it was related to his brand. He arrived at the whopping £250 million figure by counting the number of MTN subscribers (approximately 59 million) and multiplying it by the telecom company’s cheapest subscription price. MTN has denied any wrongdoing and a court date has been set for October. (TA)

Rum brand secures YOLO trademark after almost six years – The YOLO RUM trademark has reached registration, five-and-a-half years after it was first filed. While Yolo Rum – a spirit brand that sells premium rum made in Panama – had already been using the mark in commerce even before its application, it was unable to immediately register the trademark as a slew of other companies also filed for the ‘Yolo’ trademark. Philip Guerin, founder of Yolo Rum, stated: “All these applicants created a real ‘log jam’ for our trademark…I wish they had just Googled, Yolo Rum, back then. It could have really prevented wasted resources and time.” Now that it has its trademark secured, the rum brand has its eyes set on rapid expansion, having turned to public crowdfunding with hopes of raising $125,000 and becoming the first “democracy-powered” spirits brand. (TA)

Kenya’s counterfeiting crackdown – This week the government in Kenya announced a new anti-counterfeiting crackdown on online ecommerce platforms, with the country’s Anti-Counterfeit Agency (ACA) pinning the blame for a majority of counterfeit household items on such sites. Kenyans.co.ke reports that the move was sparked by a recent consumer survey that revealed the extent of the problem, with ACA head Tom Muteti pledging “we are going to escalate the war” on fakes. (TL)

IACC and EURid partner up –  The European Registry for Internet Domains (EURid) and the International Anti-Counterfeiting Coalition (IACC) have announced a joint effort to fight cybercrime in the ‘.eu’ and ‘.ею’ domain name space. In the press release, IACC president Bob Barchiesi commented: “Online counterfeiting has grown in scale, threatening Internet users’ safety and overall experience on the web. With the IACC’s expertise in anti-counterfeiting and EURid’s oversight of the ‘.eu’ and  ‘.ею’ domain spaces, this partnership is a positive step toward ridding the Internet of counterfeiters and establishing a trusted online environment for all.” This looks like a great move for those fighting illicit goods in the digital environment. (TJL)

A very Kiwi response to cease and desist request – German multinational meal-kit provider HelloFresh sent a cease and desist to New Zealand company My Food Bag, asking it not to use the phrase ‘hello fresh’ in its marketing. In response, My Food Bag responded with a quirky letter that drew on local slang, and was subsequently picked up by media outlets. The letter states: “We don't often get heavyweight German multinational corporations taking the time to write to us Kiwis. Ka pai. It's pretty cool that you've heard of our awesome Fresh Start programme down here in NZ. What's not cool is you fellas trying to stop us saying "hello" to our Fresh Start family. That's just not the Kiwi way. In fact, we thought you guys must be pulling our leg?! Down here in God's Own, all of us have the right to say hello, kia ora or g'day….  we've decided "yeah, nah", and we wish you fellas a good day. Otherwise our lawyers, Gumboot & Gumboot, are always good for a yarn. They're top draw red bands. Haere rā , The My Food Bag Family” The next move is HelloFresh’s to make, but the incident is another example of how humorous responses can quickly go viral. However, in an opinion piece on the New Zealand Herald website, Paul Johns of Baldwins cautions against this strategy being the default approach: “Any business on the receiving end of allegations of infringement of trade marks or other intellectual property should seek expert legal advice. Seeking to claim the moral high ground or to gain a public relations advantage can be part of an effective response strategy but this ought to be done with careful consideration of the legal and commercial strengths and weaknesses of your position.” (TL)

Leaked email reveals “efforts to trademark Clean Meat” – The Property of the People project has published an email from the CEO of the US Farmers & Ranchers Alliance which, it is claimed, sees the organisation considering filing a trademark as “a way to possibly halt the use of ‘clean meat’ after hearing the term”. The term ‘clean meat’ is used to describe an alternative to conventional animal agriculture products, specifically meat goods produced “without the antibiotics, E.coli, salmonella or waste contamination” which “come standard in conventional meat production”. However, the US Farmers & Ranchers Alliance aren’t necessarily a fan of the term, and the leaked email found that, after hearing the term ‘clean meat’ used at a conference, the organisation “immediately investigated the term ‘clean meat’ from a trademark perspective”. The organisation subsequently discovered the term had already been filed at the USPTO by an employee at insurance firm Zurich, and further claims in the email that the trademark was likely filed “as an investment”. The email provides insights into how, when new terms begin being used in an industry, securing a trademark is often top-of-mind for some – especially when the term could be seen as a threat. (TJL)

Twitter bot launched to monitor the fiction trademark war after ‘CockyGate’ – Following a controversial and widely-discussed attempt by Faleena Hopkins, a self-published romance author, to trademark the word “cocky” and demand other authors stop using the word in their book titles, there has been a noticeable rise in the number of fiction-related trademark applications, as revealed by the creator of CockyBot, a Twitter bot that trawls through the USPTO for filings related to fiction authors. The person behind the bot, who has remained anonymous, pointed out that although fiction-related registrations had already been on the rise over the last few years, there was “an unusually high volume of new filings” in May after the so-called ‘CockyGate’ fiasco, adding: “I imagine many of the filings may have been more of a defensive reaction than an attempt to copy [Hopkins’s] approach. But given that it’s happened at least once and the prevalence of questionable IP practices in other industries, I think it is something worth at least a bit of concern.” It may worry some authors that the bot has already picked up on a slew of applications for other broad terms such as ‘weird fantasy’, ‘big’, ‘storytellers’ or ‘dragon slayer’. But CockyBot is also hoping to help such writers out with an associated website that advises authors on coordinating letters of protest in addition to its ongoing efforts to monitor the situation from afar. (TA)

Increasing number of athletes seeking registered trademark protection – Inventors Digest has taken a deep-dive into the growing trend of athletes with registered trademarks in their name. Sports people looked at include Usain Bolt, Serena Williams, Robert Griffin III, LeBron James, Jeremy Lin, Shaquille O’Neal, Michael Phelps, Darrelle Revis and Tim Tebow. It’s a reminder of the opportunity for law firms when it comes to demonstrating the advantage of trademark protection to those in the sports industry. (TJL)

First family of counterfeit hunting – An interesting, emotional article was published on Narratively on Wednesday about the so-called “first family of counterfeit hunting”. It focuses on Rob Holmes, his brother and the team at IPCybercrime, who – as the article explains – “spend their days tracking down knockoffs online, feeding the information back to the name-brand companies who employ them – Louis Vuitton, Disney, Tiffany & Co – to use in their cases against counterfeiters”. Rather than going too deeply into anti-counterfeiting tactics, the article is mostly an intimate portrait of the Holmes family and how the fight against fakes can be a “dangerous” business. “The mafia had contracts on my dad’s life,” Rob Holmes explained in the article. “We lived in a house in the woods in New Jersey, pulled back from the rest of the block. My father had so many stories, like hitmen waiting in front of the house. We always had to keep the doors locked.” While much of the article is a personal story of a family business, it also includes some unique insights into how IPCybercrime tackles fakes. “[Rob will] adopt an alter-ego and call up suspected counterfeiters – say, someone hawking designer watches or handbags – tricking them into giving out information about their location, merchandise or other details to help build a case against them,” the articles notes, while also highlighting that due to the dangerous nature of the job, Rob Holmes has taken a cautious approach, saying: “I have nine or ten guns. You don’t need that many, but it’s nice to have a loaded gun in each room. We always have a loaded gun in a drawer here, a drawer there.”  Overall, though, the article is well worth a read – it shows the very human side behind those fighting illicit goods. (TJL)

Every Friday in our news round-up we provide a quick rundown of the latest news, analysis and intelligence posted on World Trademark Review. Over the past week we: 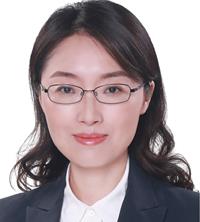