Every Tuesday and Friday, World Trademark Review presents a round-up of news, developments and insights from across the trademark sphere. In our latest edition edition, we look at how trademark lawyers must sometimes “take one for the team” to protect corporate clients, how the future of WHOIS remains uncertain, US President Donald Trump's interest in $30 billion Chinese tariffs as part of an IP theft crackdown and how New Zealand is implementing plain packaging on tobacco products. Coverage this time from Trevor Little (TL), Tim Lince (TJL), Adam Houldsworth (AH) and Timothy Au (TA).

Sometimes lawyers have to take one for the team – At this week’s Taylor Wessing Brand Forum event in London, one of the sessions focused on the strategic use of cease-and-desist letters. As well as notable examples of clever letters that have gone viral (for instance previously reported examples from Jack Daniels, Netflix and Bud Light), partner Roland Mallinson highlighted instances where an over-heavy enforcement message has gone viral and caused a backlash. Often, the response from the impacted brand is to blame its ‘over-zealous’ legal team and announce a climb down. Of course, sometimes this is just a convenient excuse to use – Mallinson observed that in many instances the legal team have likely said “just blame us” in a bid to offer the brand an easy escape route (he stated: “I know I’ve done that”). While admirable on the part of legal professionals, at some point the familiar refrain of ‘it was the damn lawyers’ will no longer work when faced with a backlash. Instead, it could likely inflame consumers even more, the expectation being that companies will have learnt from the mistakes of others and ensured from outset that the ground rules for responsible enforcement have been laid out. (TL)

Nando’s ‘a trademark bully’, claims alleged infringer – In a familiar trademark story narrative, British high-street restaurant chain Nando’s has asked an independent eatery to change its branding. The famous chicken outlet claims that Reading-based Fernando’s has elements that are confusingly similar to its protected “Barcelos Cockerel” and “Peri-ometer” marks. It also alleges that the ‘Fernando’s’ name is too similar to its own. But the owner of Fernando’s, Asam Aziz, claims that he is being “bullied” by Nando’s, telling local press that Fernando’s was simply a common Portuguese name and that its cockerel logo merely represents a Portuguese chicken. Nando’s disputes this, saying that it was trying to uphold its distinctive branding in an amicable fashion. And perhaps the most striking point about this case is how accusations of trademark bullying are sometimes made even when the right holder’s claims seem strong, but such David versus Goliath narratives are often irresistible to media outlets that often rarely write about IP. (AH)

MAFIA trademark cancelled by EU on grounds of immorality – The European Union’s General Court in Luxembourg has ruled to cancel a trademark for the term THE MAFIA, owned by a chain of Spanish pizzerias. Rejecting the owner’s defence that the mark refers to The Godfather movies, the court decided that it was immoral to use the branding of a “criminal organization” who’s “activities breach the very values on which the EU is founded”. Agreeing with a complaint made by the Italian government, it said the company’s mark “promoted” the Mafia. A number of trademarks featuring the word ‘mafia’ have been registered in individual member states – especially in Germany – and so it looks like companies seeking to protect mafia-themed brands on the European continents could have trouble retaining those rights in the future. (AH)

Rapper’s widow accuses Walmart of infringement – The widow of US rap musician Big Pun is suing Walmart for trademark infringement, accusing the world’s largest retailer of using her deceased husband’s famous logo – which shows the rapper jumping into the air with a microphone – on its clothing and merchandise without permission. Liza Rios is seeking all profits from sales of the allegedly infringing products, as well as an injunction. She is also taking online store RedBubble to court on the same basis, seeking $10 million in compensation. (AH)

Trademark owners told they can prepare for new Myanmar trademark law – A post from law firm Tilleke & Gibbins on Lexology has informed rights holders that they can begin preparations for Myanmar’s upcoming Trademark Bill, which is currently being considered by the country’s parliament. While the enactment of the bill into law is still pending, the post states that “trademark owners who plan to file applications under the new framework can begin their preparatory work by collating the necessary filing information and documents”. International brand owners will no doubt want to ensure their marks are protected in Myanmar – with its population of over 53 million people – so this is good news for those that are proactive in their approach to portfolio management. (TJL)

Trumps looks to $30bn Chinese tariffs on IP crackdown – As part of its pursuit to tackle IP theft in China, the US government is considering imposing tariffs on up to $30 billion on Chinese imports. The Trump administration may reportedly target over 100 Chinese products, mainly in the technology, electronics and telecoms spaces, in addition to putting restrictions in place on Chinese visas. The White House declined to comment on the exact details regarding the exact content and timing of the plans, but a spokesman for the Chinese foreign ministry has warned that if the US was to take action to harm China’s interests, “China will have to take measures to firmly protect [its] legitimate rights”. (TA)

JD.com in “counterfeit scandal” after callout by novelist – China’s second-largest e-commerce company JD.com has become embroiled in a row regarding the sale of counterfeit goods. According to Jing Daily, the so-called “counterfeit scandal” began when Chinese novelist Liu Liu posted to Weibo and WeChat accusing JD.com of selling a fake pillow product. In the post, Liu Liu claims her friend “ordered a Comfort U pillow from the United States, which is priced at 1,489 RMB ($236) on JD Worldwide. But what she received was a Contour U pillow, which, according to the brand’s official website, sells for just $34. Liu Liu and her friend concluded that JD Worldwide had attempted to charge full price for a cheap knockoff”. Chat transcripts posted by the author demonstrate that the JD.com seller first denied to offer a refund, but eventually agreed “but insisted that they had simply mailed the wrong product by mistake”. Indeed, JD.com directly responded to the accusations of selling fake goods by reiterating that this wasn’t an issue of counterfeit goods, but one of an incorrect product being sent out during the delivery process. If true, this is arguably far from a “counterfeit scandal” – but the author’s original post garnered over 50,000 likes and 30,000 comments, so it will be seen as a headache for JD.com. Indeed, the e-retailer is proud of its anti-counterfeiting record (including its CEO accusing rival Alibaba of having a “new found belief in protecting IP” during the 2016 IACC spat), and press coverage like this has the potential to tarnish that image. (TJL)

New Zealand follows Australia’s lead in implementing plain packaging – Implemented from Tuesday, tobacco companies in New Zealand can no longer sell cigarettes in branded packaging, and instead they are now required to package them in generic olive brown cases with large graphic health warnings. As explained by TVNZ, retailers have until June 6 to sell current branded stock; after then it will be law that only plain packaged cigarettes can be sold. The move is the next domino to fall in countries introducing plain packaging on tobacco products – which started with Australia in 2012 and, in more recent years, has been followed by countries including the UK and Ireland. Unsurprisingly, health bodies have been positive about this week’s implementation in New Zealand – although one health research spoke out yesterday that the warning images on the packaging should be more regularly updated, as “the last images were the same for 10 years”, suggesting people could become desensitized by looking at the same health warning photos. (TJL)

The future of WHOIS remains up in the air  – As we reported earlier this week, a hot topic at the ICANN meeting in San Juan has been the impact of the upcoming enforcement date for the EU’s General Data Protection Regulation (GDPR), and its potential impact on WHOIS access. At the close of the meeting, concrete consensus on what WHOIS access will look like come the end of May remains elusive. Brian Winterfeldt, principal of the Winterfeldt IP Group and president of ICANN’s Intellectual Property Constituency, reports that “business, IP, brand, consumer protection and security officials, as well as law enforcement (in the form of an official Public Safety Working Group comment) took the microphone to encourage ICANN to accelerate the development of an accreditation model” to enable continued access to WHOIS data for legitimate enforcement purposes. Meanwhile, in its post-event communique, the Government Advisory Committee stated that it “does not envision an operational role in designing and implementing the proposed accreditation programs” but urged the organisation to “ensure that the proposed interim model maintains current WHOIS requirements to the fullest extent possible”. For now, though, the wait goes on for a definitive, agreed approach to WHOIS. In the meantime, Domain Incite’s Kevin Murphy reports that – from mid-May – Austrian ccTLD operator ‘nic.at’ will no longer publish any WHOIS information for individual registrants, in order to comply with the incoming regulation. The prospect of other operators following suit and switching off access to WHOIS data in the coming months will only compound the concerns of IP enforcement professionals. (TL)

A new King at Fish & Richardson – Elizabeth King, a nationally recognized trademark attorney with nearly 25 years’ experience practicing law and current president of the Houston Intellectual Property Office, is to join IP firm Fish & Richardson. Announcing the move on her Twitter account, King stated: “I am absolutely thrilled and couldn’t be prouder.” (TL)

IP litigator joins Robins Kaplan’s Silicon Valley branch – It was announced yesterday that Steven Carlson has joined Robins Kaplan as a partner in its intellectual property and technology litigation group. Specialising in IP litigation, including commercial, patent, trademark, copyright, trade secret and unfair competition, Carlson will be based out of the firm’s Silicon Valley office. (TA)

HPCD opens sports IP practice – Venezuelan firm Hoet Peláez Castillo & Duque has announced that it has incorporated sports law into its internal IP department. The new practice will work on matters involving athletes, events, sponsorships, and player image rights. It will be led by Pablo G Garcia, an associate at the firm who specialises in trademark litigation. (TJL) 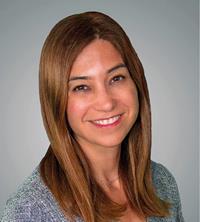