Every Tuesday and Friday, World Trademark Review presents a round-up of news, developments and insights from across the trademark sphere. In our latest edition, we look at how the TTAB has sided with Italian fashion brand Gucci in a dispute with a family member of Gucci’s founder, Kazakhstan's new IP law amendments, how young people are seeking purpose-driven brands, how Aldi walks the lookalike line, and much more. Coverage this time from Trevor Little (TL), Tim Lince (TJL), Adam Houldsworth (AH) and Timothy Au (TA).

Honduras lodges plain packaging appeal – A World Trade Organisation spokesperson has confirmed that Honduras has appealed against the recent ruling won by Australia last month in relation to plain packaging on tobacco products. As we reported last month, a WTO panel ruled that Australia’s law “improved public health by reducing the use of tobacco products”, and also rejected the argument that Australia had unjustifiably infringed tobacco trademarks. The appeal of Hunduras is not unexpected; so far the other plaintiffs in the case – Cuba, Dominican Republic and Indonesia – have not yet said if they plan to appeal. Furthermore, INTA – who last month said they are to “determine next steps” – has not yet announced its further plans in relation to the case. (TJL)

US trademark office denies registration to Gucci family member – The USPTO’s Trademark Trial and Appeal Board (TTAB) has sided with famous Italian fashion house Gucci in its dispute with Uberto Gucci, the great-grandson of company founder Guccio Gucci. Former perfumist Uberto Gucci, who no longer has any formal connection with the famous company, launched his own US-based brand three years ago and filed a number of trademark applications for his name, signature and family crest in several luxury goods categories. These registrations were opposed by the Florence-based company, it has been reported, which argued that the marks would likely cause confusion with, or dilute, its own protected branding. This was because the applied-for rights “incorporate the entirety of (Gucci’s) well known GUCCI trademarks, are confusingly similar, in appearance, sound and meaning, to (Gucci’s) marks”,  and could deceive purchasers into believing that Uberto’s good were associated with, or authorised by, Gucci. In a recent decision, the TTAB accepted Gucci’s arguments and refused to grant Uberto’s trademark registrations. It commented: “In short, given the ‘known’ family connection between Uberto Gucci and the famous Gucci family, (Gucci’s) history and fame, the nature of the goods and similarity of the marks, we find source confusion likely between, at the very least, (Uberto’s) marks”. (AH)

Kazakhstan reforms trademark laws – Kazakhstan enacted a number of amendments to its IP laws earlier this month, with significant implications for trademark rights in the country. Among the changes brought about by the legislation is the introduction of public information about trademark applications, and the creation of clearer rules around counterfeit goods, which it is now established should be removed from the market at the infringer’s expense. It is also reported that trademark infringement by use of a mark in any periodic or continuous public distribution of mass information, such as the internet, periodicals, radio channels or television, is now established; and applications to cancel trademarks for non-use must now be sent to the court, rather than the appeal board, and must present evidence referring to the three years prior to the cancellation action, not to any three years since the trademark’s registration. (AH)

US pharma import proposals raise counterfeit drug concerns – US Food and Drug Administration (FDA) commissioner Scott Gottlieb has established a working group to consider importing drugs that have been approved overseas but not in the US in some circumstances, as a means of bringing down medical costs and expanding access to drugs. This move came following instructions from US health secretary Alex Azar, who commented that “importation may well fit that bill in some instances”, reports  reports Securing Industry. Any reduction in drug prices would, other things being equal, be warmly welcomed by American patients, but pharmaceuticals industry groups have expressed concerns that relaxing import restrictions will lead to an influx of dangerous or counterfeit medicines. The Pharmaceutical Research and Manufacturers of America said it would “circumvent the robust safety requirements we have in the US, posing a serious public health risk and jeopardising our secure medicine system”, while BIO described the savings from such a scheme as “illusory”. More surprisingly, generics representative, the Association for Affordable Medicines, said the policy would fall short of addressing the real problems underlying high medical costs. (AH)

Young seek purpose-driven brands – New research from the UK’s Channel 4 has found that young people actively seek purpose-driven brands, according to an article in Campaign. In the survey, 55% of the survey respondents (55%) believed that brands “should be a force for good in the world”, while 45% believed brands should just sell products and services. It found that young people (16-34) were 56% more likely to equate ethical products with better quality than older respondents, and also discovered that 56% of those young people are willing to pay more for ethical products and 41% have boycotted a brand. "This research shows that the market for purpose-driven ads is far from saturated,” claims Jonathan Lewis, the head of digital and partnership innovation at Channel 4. “But people have very clear expectations about what they want from brands operating in this space: they need to be genuine in their messaging, stay relevant to their industries and create resonant ads that cut through." Of course, we’ve written about the risk that brands take when becoming more socially or politically active – but there’s a growing body of research to suggest that consumers want purpose-driven brands. (TJL)

Legality of Burberry burning questioned – An article in Apparel Insider has spoken to a leading UK environment consultant who claims that Burberry’s decision to destroy over £28 million of unsold stock to protect against counterfeiting could “raise legal issues”. In the piece, Peter Jones, principal consultant at Eunomia Research & Consulting Ltd, suggests the fashion brand could be breaking the law under the UK’s environmental guidelines. “Every time a company has its waste collected, they have to declare they are complying with the hierarchy. But it does not appear that Burberry is living up to its legal obligations.” As we wrote last week, the destruction of stock has long been a strategy to fight back against counterfeiting – could questions over legality put that to an end? (TJL)

Plain packaging for financial services suggested – An article on Australia’s ABC News has suggested that implementing plain packaging on certain financial services could “break Australia’s debt addiction”. In the column, reporter Michael Janda states, “we are bombarded with emotive ads selling debt through dreams of home ownership, new cars, tropical holidays and financial freedom or, even more dangerous, through fears of missing out while others get ahead using debt”. To combat this, he suggests, the Australian government should consider forcing loan lenders to standardise advertising to deter misleading, desirable imagery about debt. “In the same way that the government banned tobacco advertising and forced the companies to show the after effects on their packaging, perhaps lenders should be made to do something similar,” he writes. “Given that home loans and credit cards are not linked with gruesome cancers, something more akin to the plain packaging aspect of tobacco regulation seems most applicable. This would allow banks and other lenders to advertise the products they have available, their interest rates and conditions, but not to use emotive messaging to sell their loans.” While the author acknowledges that both tobacco and gambling companies have fought tooth and nail against such restrictions (and he’d expect financial companies to do the same), he adds that it’s a measure that should be considered to help tackle Australia’s debt epidemic. But for brand owners, it could be a sign that the ‘domino effect’ of plain packaging could also hit service industries as well as product brands. (TJL)

Communicating your (brand) worth – On Branding Strategy Insider, Jo Davies provides some useful insight on how to prove brand value in the boardroom. Her piece outlines a number of ways to ensure that board level management truly understand the importance of brand. Specifically, she notes that it is important to ascertain who holds brand-related data set so these can be obtained and factual performance data leveraged in discussions with senior management. She also notes that benchmarking brand value against competitors is key, to help the business understand both the current marketplace position and its growth potential. Crucially, in all communications she argues that it is key to “keep it short, to the point, fact based, evidence based and not emotional. Board leadership teams have limited time and essentially want to know what benefit investing in the brand will have on the bottom line”. While written more for a brand marketing audience, the advice is equally relevant to trademark teams keen to highlight the value their activities facilitate and protect. (TL)

How Aldi walks the lookalike line – In a Sydney Morning Herald piece titled ‘Attack of the clones’, Michaela Whitborn has taken a look at how Aldi “gets away with mimicking big brands”. The challenge faced by rights holders when supermarket products try to closely resemble the packaging design elements of their established brands is something we have covered at length on World Trademark Review. For retail brands, the challenge is how to deal with perceived infringement when the infringer is a key economic partner, instrumental in facilitating the sale of your products. Whitborn’s piece explores the “fine line” being walked by Aldi in Australia, presenting examples of lookalike products and noting Aldi’s own perspective, a spokesperson explaining that the company takes “market cues to ensure that our consumers understand what they are buying”. For example, "chips are often coloured according to flavours, cereal boxes are generally rectangular, mustard bottles are yellow and cola flavoured beverages have red labelling". There are two sides to every argument and the frustration for impacted brands is that such products, appearing on shelves alongside their own offerings, can result in lost sales. (TL)

Fish attorneys named on ‘Women Worth Watching’ list –  Fish & Richardson attorneys Betsy Flanagan, Angela Follett, Christine Goddard, Lisa Greenwald-Swire, Martina Tyreus Hufnal and Katherine Prescott have all been named recipients of the Profiles in Diversity Journal's 2018 Women Worth Watching award. They were singled out for "leading the way to excellence in the workplace, marketplace and the world" and for helping "develop the next generation of women leaders." Flanagan and are principals in Fish's Twin Cities office, while Goddard is a principal in the firm’s Boston office and Martina Tyreus Hufnal in Fish's Delaware office. Prescott is of counsel in Fish's Silicon Valley office, where Greenwald-Swire is a principal. Greenwald-Swire she focuses her practice on trademark and copyright matters, and has managed over 1,500 trademark filings in the US, litigated seven trademark cases in district court and has been involved in over 50 TTAB proceedings. (TL) 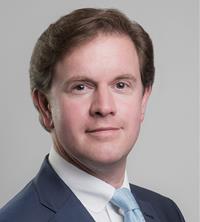