Every Tuesday and Friday, World Trademark Review presents a round-up of news, developments and insights from across the trademark sphere. In our latest edition, we look at China kicking off an online infringement campaign, Helly Hansen launching a trademark lawsuit against an Italian streetwear brand, a detailed look at the Cockygate story, research into so-called ‘piggyback marketing’, and much more. Coverage this time from Trevor Little (TL), Tim Lince (TJL), Adam Houldsworth (AH) and Timothy Au (TA).

Alibaba executive expands on anti-counterfeiting efforts – On Alibaba’s press release portal Alizila, the Chinese marketplace’s senior vice president Michael Yao spoke widely on the ongoing battle against illicit goods. “We cooperate with [brands] to enforce their IP rights through our notice and takedown programs that allow for removal of listings that infringe on IP rights,” he explained. “We’re proud of our record. During a seven-month period last year, we processed 95% of all takedown requests within 24 hours.” On top of that figure, he added that 97% of taken down removals were proactively blocked before a single sale was made. When it comes to the most serious offenders, Yao mentioned the regular tips that Alibaba gives to law enforcement; totaling 1,900 in 2017, resulting in the arrest of 1,600 suspects and the closure of 1,300 websites selling fake goods. Unsurprisingly, the interview is solely focused on the positives of Alibaba’s anti-counterfeiting efforts over the past couple of years. But nonetheless, its depth and data are worth a read for rights holders fighting fakes on major marketplaces. (TJL)

China kicks off online infringement campaign – This week, reports China Daily, Chinese authorities commenced a campaign against internet platform copyright infringement. The title notes that the campaign will last for four months and – in addition to targeting the authorised republication of news and broadcasting of copyrighted content on video sharing apps – it will push service providers to enhance their internal copyright supervision systems. For trademark owners, particularly those in the media sector, this move will be a welcome one. (TL)

Research looks at positives of ‘piggyback marketing’ – A new study by Clear Channel has looked at the reaction of consumers to topical marketing, especially around major sporting events. As described by UK website Business Up North, “the World Cup contributed to an uplift in brands reacting to events and running ‘piggyback marketing’ campaigns to deliver immediate, topical messages to entice consumers to buy their products”. The survey found that 57% of UK consumers feel more positively about a brand that conducts topical marketing, with 53% more likely to buy from a brand that uses such ads. However, there’s a fine-line between ‘piggyback marketing’ and ‘ambush marketing’. So while such studies could encourage marketing departments to focus ads on major events, it is the legal department that will need to ensure such marketing is within allowed boundaries. (TJL)

EU agents seize 360 tonnes of counterfeit and illegal pesticide – The EU Anti-Fraud Office, in collaboration with Europol, has recovered more than 360 tonnes of fake and otherwise illegal pesticide in a 20-day annual operation, named Operation Silver Axe III. According to Securing Industry, the seized pesticide, whose quantity is almost enough to spray the entire UK landmass, was found during checks at seaports, airports, land borders and production and repacking facilities across 27 countries. And while pesticide is one of the most regulated products in the EU, counterfeit and illegal agents pose a growing threat, currently making up 14% of the market, according to Graeme Taylor, director of public affairs for the European Crop Protection Association – highlighting how important such largescale operations are to dent this illicit market. (AH)

Jamaica’s C-TOC seizes more fakes in first half of 2018 than all of 2017 – Jamaica’s Counter-Terrorism and Organised Crime Investigation Branch (C-TOC) has announced that the total value of counterfeit goods seized this year so far ($1.5 billion) has already surpassed the combined value of all the fake items seized last year ($1.2 billion). Following the seizure yesterday of over $500,000 worth of fakes at Mannequin Pieces in St. Andrew, C-TOC’s Assistant Superintendent stated that one individual had been taken into custody. He also issued a stark warning to would-be counterfeiters: “Find the manufacturers, get your line of credit; do the thing properly or you find other methods of earning some legit money, but if you continue to trade in counterfeit goods, rest assured that C-TOC will be knocking at your doors.” (TA)

Helly Hansen sues Off-White – Italian streetwear brand Off-White is being sued in the US by fashion brand Helly Hansen for trademark infringement, it has been reported. The Norwegian plaintiff claims that a logo used by Off-White infringes its HH stripe trademark, as well as violating unfair competition law and Illinois’ Uniform Deceptive Trade Practices Act. In its complaint, filed in Illinois’ Northern District Court, it claimed that the logo in question is confusingly similar and has been placed in locations of Off-White products similar to the location Helly Hansen’s infringed mark occupies on many items (the outer seam of pants and the sleeve and shoulder of shirts). It seeks damages and a permanent injunction against the allegedly offending item. (AH)

Despite IP risks, brands urged to use memes to connect with consumers – A column in AdWeek this week explains “how brands can use memes to connect with consumers in a new way”. Author Adam Pierno, CSO at marketing analytics company Santy, goes into detail about why brands should consider the use of memes (defined as “an image, video or piece of text, typically humorous in nature, that is copied and spread rapidly by internet users, often with slight variations”). The main advantage, he says, is that successful memes often go viral, are seen by millions of people, and can expand on a simple concept. However, that latter concept is something brands are often cautious of, Pierno adds. “Brands never share anything that can be added to by viewers. Brands are protective of their intellectual property – and with good reason,” he explains. “But that leaves brands on the sideline for this critical cultural experience. […] The fear of giving up control is huge and justified. Many social media promotions that McDonald’s has launched with hashtags have been quickly hijacked and turned against the brand. Especially for big brands, this is not an opportunity for the faint of heart.” Of course, while Pierno suggests that brands use memes to connect better with consumers, other experts suggest otherwise. Nonetheless, as Novagraaf’s Claire Jones noted last year, it is critical that brands review the IP issues before delving into the world of Grumpy Cat, Socially Awkward Penguin, Success Kid, and other memes. (TJL)

Explaining Roger Federer’s change of clobber – Last week we reported on how reigning Roger Federer “stunned onlookers by turning out on Centre Court in Uniqlo gear” rather than his usual Nike-branded clothing. The move followed the termination of his long-term sponsorship agreement with the sportswear giant, with Japanese brand UNIQLO launching a new tie-up with the player. Of note for trademark professionals, though, was that the RF logo so closely associated with his personal brand was also missing as the rights reside with his former sponsor. Over on the IP Kat blog Jacqueline Pang has considered the situation, noting that, while  EU law provides for an ‘own name defence’ to trademark infringement actions, it is not clear that Federer could depend on this in the case of a dispute with NIke. This is because such a defence may not stretch to one’s own initials and requires the use to be “in accordance with honest practices”, which is also not clear in this case, she argues. This case therefore demonstrates the importance of putting the right conditions – for IP rights and other rights – into commercial agreements. (AH)

Cockygate expanded – Technology website The Verge took a detailed deep-dive this week into the recent Cockgate story, wherein romance novelist Faleena Hopkins filed a trademark for the term COCKY and enforced those rights against fellow romance authors. While the trademark angle is a key part of the narrative, it turns out it is a relatively small part of a wider issue being witnessed by Amazon authors. As the featured-length article explains, the trademark shone the spotlight on search engine optimisation on Amazon and alleged gaming of Kindle’s Unlimited program; issues that make the cover and title of romance novels on the Kindle platform particularly important due to the prevalence of impulse buyers. Hence why securing protection in a term become such a contentious issue. The feature is well worth a read for those who followed the original Cockygate articles (which we covered on World Trademark Review) and want to know the background and wider meaning behind it. (TJL)

WHOIS reform group likely to be led by former ICANN senior vice president – On Domain Incite, Kevin Murphy reports that ex-ICANN senior vice president Kurt Pritz is expected to be selected to chair a group responsible for reforming WHOIS following the roll-out of GDPR. The Expedited Policy Development Process working group will be tasked with providing an ICANN community response to the Temporary Specification for WHOIS, which ensures all gTLD registries and registers redact personal information from their public WHOIS records. That task will not be an easy one. (TA) 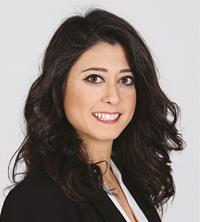