Fluid trademark strategies can strengthen brand recognition but the non-conventional nature of such marks needs to be understood to avoid weakening protection and risking non-use cancellation cases.

Historically, trademarks have been static, fixed designations. According to Article 1482 of Russia’s Civil Code, a trademark may be a word, graphic, three-dimensional designation or a combination of these. However, the development of new marketing techniques and the blossoming of the digital era has given rise to a wave of non-traditional trademarks.

Non-exhaustive lists of registrable designations paved the way to non-traditional trademarks – including those consisting of moving images or changing elements. Such trademarks, to the extent that they change over time, are sometimes called fluid trademarks and include substantial variations of the same mark while ensuring that the core features of the original trademark are maintained.

Examples may include cases where the trademark on product packaging is replaced by words of the same length, depicted in the same style and font as the original mark; or where the trademark is replaced by, for example, typical forenames of consumers styled in the manner of the original mark. Fluid trademarks may prove to be an issue for manufacturers that give consumers the option of ordering customised versions of products. As such, the term ‘fluid trademark’ is not defined under Russian law. Nevertheless, the current trademark prosecution rules (approved by the Ministry of Economic Development on 20 July 2015 by Decree 482) specifically name ‘illuminated’ and ‘dynamic’ (changing) designations as among the characteristics of applied for designations.

In such cases, the applicant must provide a video file, including a reproduction of the designation, which gives an exhaustive and clear image regarding the amount, nature, intensity and succession of the changes. The video file should be provided digitally and accompanied by a printed sequence of frames. If the applicant considers that substantial particularities of the illuminated or dynamic designation do not change during the reproduction, then the designation may be represented along with several frame-by-frame images, demonstrating the exact number of changing images and the succession of their only (non-alternating) reproduction.

Fluid trademarks may include moving images, which may also be accompanied with sound effects. 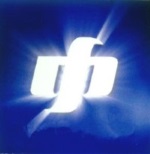 On 7 October 2005 the Russian Patent and Trademark Office (Rospatent) registered Trademark 296496. It included a link to the full trademark (in the form of video file) and the following description: “sound, moving in the following way: in the flashing flame a bird appears, produced by the storming nature of fire. Shooting upwards, it is changed into the aflamed impress of the letter “Ф”, imaged as a bird. The impress moves, becoming snow-white shining, with radiant light beams, spreading to all sides.”

Trademark 430201 is registered by Rospatent with the following description: “animated, representing an animated image of a bear, ascending from the back on the legs and moving alternately left and right, chaotically swinging its legs, moving the jaw and rolling eyes.”

A video file is also available on Rospatent’s website.

Another example is Trademark 467797, which is registered with an indication of colours (ie, white, red, green, yellow and blue).

There are also cases where consumers may, for example, start using abbreviations of the trademark, which could prompt the trademark owner to file for the shorter version of the product name as well.

For instance, the trademark series for the alcoholic beverage JAGUAR includes various trademarks with the element JAGUAR, including Trademark 262731.

As reflected in the Intellectual Rights Court decision (SIP-271/2014, 29 January), the fact that consumers frequently referred to the product as JAGA (an abbreviation) prompted the trademark owner to register Trademark 425696.

When seeking to register an animation, motion or dynamic trademark, applicants and Rospatent examiners often encounter difficulties regarding the proper indication of the type of mark. There have been cases where Rospatent required the applicant to amend the type of trademark applied for as animated or moving to a fluid mark – or vice versa.

On the other hand, it is problematic to register different variations of one trademark within one application. If the applied-for designation obviously consists of different variations of one trademark combined as one designation, Rospatent will most likely refuse registration. In order to secure registration, the applicant will have to prove that it uses the applied for designation exactly as it was filed.

In this regard, there may be a risk that Rospatent could claim that the applied for designation consists of different variations of one trademark and may suggest that one of the variations must be chosen and kept within the subject application or that each variation be filed as separate trademark applications.

Within the context of fluid trademarks, trademark distinctiveness can be inherent or acquired. One of the most common reasons why a trademark application is refused registration in Russia is because the applied-for designation is not inherently distinctive. However, the law does not prevent the registration of inherently non-distinctive designations that have acquired distinctiveness as a result of use. For that to happen, the applicant must prove documentary evidence that the applied-for designation has been intensively used on the Russian market and for long enough to ensure that relevant consumers use it to identify the applicant as the source of the product or service.

There are no established criteria as to how long and how intensive use should be. Practice shows that in order to prove acquired distinctiveness among Russian consumers, the use period should commence at least one year before the priority date and run until the present time – or, in other words, the longer the better. Use intensity can be determined from advertising expenditures and sales figures. Evidence such as consumer reaction studies, opinion poll results and market research can prove vital for demonstrating consumer recognition of the applied for designation as a source indicator.

Overall, actual evidence of acquired distinctiveness should reflect the extent, duration and nature of use of the applied for designation on the Russian market in respect of the goods or services listed in the application.

Brevity is the sister of talent; however, to be brief and expressive at the same time often proves to be a monumental challenge.

The hardest part of being brief is to express an emotional, conceptual idea in just a few words – which is what slogans should do. Successful slogans may later become catchphrases, associated in the minds of consumers with a particular company. While a company logo is a visual representation of that company's business, slogans provide a sound representation, which is meant to strike the eyes and ears of potential consumers. In fact, it is often easier to remember logos and slogans than the names of the goods, services or the companies themselves.

Slogans can be registered in the same way as any other word marks and therefore the same registrability criteria apply to slogans as to other word marks. They can be registered provided that they are sufficiently distinctive to distinguish the goods or services of one person from another. Generally, slogans are a combination of common words or generic phrases used for advertising or promotional purposes. It is no easy task to create a catchy representation, clear description and offbeat promotion of the goods or services using only a small number of words and the required descriptive or laudatory phrases. Such informative or common laudatory phrases are unregistrable in Russia unless they have acquired distinctiveness as the result of their use. 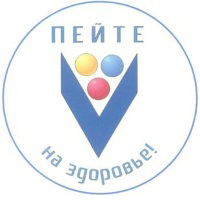 If trademark registration is sought for an inherently non-distinctive slogan in combination with another distinctive word or device element, such a designation can be registered in Russia as a whole, including the slogan in the trademark as an unprotected element if it does not occupy a dominant position.

In Russia, trademark rights may be enforced only in cases of state registration. In this regard, Russia has a recognised three-year grace period. According to Article 1486 of the Civil Code, once this expires the mark will become vulnerable to cancellation following a lawsuit from an interested party if the trademark has not been used since registration (in Russia, non-use cancellation cases fall under the jurisdiction of the IP Court).

From a non-use cancellation prospective, the law provides that ‘use’ amounts to the use of the trademark with any change to its separate elements that do not influence the essence of the mark and do not restrict any protection granted to it. The paramount principle is that the trademark should be used in the way that it is registered.

Fluid trademarks can become an issue, as unregistered variations of trademarks may not always amount to trademark use.

Case А40-33585/08-51-339 is a useful example of how courts approach the issue use. In this instance, the court did not consider documents demonstrating use of the designations ICEBERG, LIGHT, FLUID ICEBERG, ICEBERG EFFUSION and ICEBERG MAN to be use of the international registration of Trademark 674384. 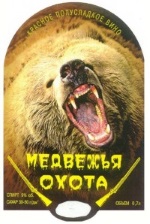 Another example reflecting approaches towards establishing use is a case where use of the word designation ‘Medvezhya okhota’ (‘bear hunt’ in English) did not amount to use of Trademark 220534 (that encompassed the element ‘Medvezhya okhota’). The court recognised that use of the word designation changed the essence of the trademark, since the graphical element of the mark was not used (IP Court, 3 October 2016, Case SIP-357/2016).

Fluid trademark strategies can be useful for strengthening brand recognition. However, be wary of pitfalls that can weaken protection or lead to non-use cancellation cases. Further, the non-conventional nature of such trademarks is often accompanied by complexities at the prosecution stage, requiring greater skill and argument for obtaining and enforcing exclusive rights to such trademarks. 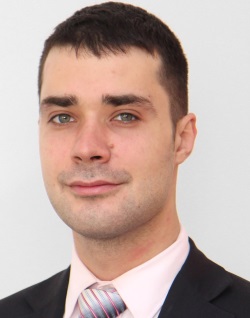 Ilya Goryachev graduated from Moscow State Linguistic University in 2012 as an international lawyer. He focuses on providing legal support on IP and general commercial matters, including unfair competition; domain disputes, licensing and assignments; franchising and other IP transactions; advertising and marketing regulations; IP issues in M&A transactions; IP due diligence; personal data protection; and industry-related regulatory affairs, including advising life sciences companies. Mr Goryachev assists with IP enforcement and anti-piracy. He also handles all kinds of IP infringement cases before the courts and administrative bodies. Mr Goryachev is an author of several articles on IP and commercial law matters. He speaks English and French. 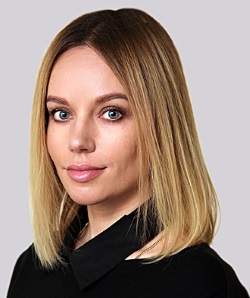 Marina Kudyzhina received her diploma in linguistics from the Moscow Region State University. She joined Gorodissky and Partners in 2004. Ms Kudyzhina focuses on various trademark and service mark issues, particularly non-traditional trademarks (eg, colour, sound and three-dimensional marks); collective, well-known, national, international and regional trademarks; and appellations of origin. She counsels Russian and foreign clients and represents them before the Russian Patent and Trademark Office in respect of trademark prosecution, written observations, invalidation actions through the Chamber of Patent Disputes and other issues. Her clients include a famous Italian manufacturer of luxury clothing and accessories and a major Russian oil and gas company.