The WTR Premium Daily email will be taking a summer break over August, with the full blog and Premium Daily email service for subscribers recommencing on Tuesday August 30. Meanwhile, here’s a look at the most popular articles and legal updates in the first seven months of 2016 on World Trademark Review.

There are three topics that dominate the list: brand protection on Alibaba, the IP implications of new technologies and the UK’s recent vote to leave the European Union. But leading the way was our exclusive interview with the CEO of e-sports team Fnatic. E-sports are a rapidly emerging cultural phenomenon, with millions following the leading tournaments when they are streamed live and hosted at full-to-capacity arenas. Despite the growth in audience and revenue experienced in this evolving sector, the article looked at the lack of brand protection secured by many of the top teams. In a similar vein, digital IP issues have been a hot topic all year – our coverage of the ‘Be Like Bill’ meme, Sony’s LET’S PLAY trademark backlash and the need for YouTubers to embrace brand protection were all widely shared.

So too was our ongoing coverage on Alibaba. The Chinese online retail behemoth has been a headache for many a trademark practitioner over the years. Frustration appeared to reach a peak in the last few months when the International Anti-Counterfeiting Coalition setup an intermediary membership category as a workaround to allow Alibaba to join as a member. This kicked off a string of stories on the blog over the following weeks – from the initial outrage, to IACC members quitting in protest, to accusations of ties between the IACC and Alibaba, to Alibaba being suspended as a member, to Alibaba’s keynote speech at the IACC Spring Conference, and more besides. While the storm appears to have passed for now (indeed, it seems Amazon is the e-retailer currently facing a torrid time in regards to brand protection), we are sure to be on hand to report any other developments that may occur.

We will continue tweeting and posting occasional articles on the World Trademark Review website throughout August. Full service resumes on August 30.

Here are the top 25 World Trademark Review articles of the year so far:

The European trademark package: what’s changing; when and how to prepare (8 January)

Status quo or uncertainty? The trademark implications of a Brexit vote (13 June)

Domain experts on the slow start for new gTLDs, and what may turn the tide (18 January)

“This is how you screw up your reputation”: Sony trademark fallout highlights challenge of online backlashes (20 January)

Four firms and a funeral service: the battle over the ‘Norton Rose Fulbright’ brand in China (26 January)

Lessons from the José Mourinho trademark tussle with Chelsea (26 May)

'React World' fallout shows tangible effects of online backlash; what next for the Fine Brothers? (3 February)

Trademarks in a post-Brexit world: an infographic (1 July)

A decision out of the blue (3 June)

Revocation applications: form of mark used and principle of partial use (13 January) 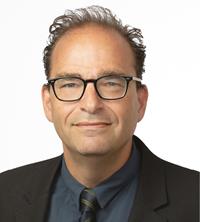