World Trademark Review is now inviting nominations for its extensive annual research project, designed to identify the world’s leading corporate trademark counsel and teams. Nominate now to ensure that the important work undertaken by in-house professionals across the globe receives the recognition it deserves.

The nominations period is open until December 8 2017, during which time we are seeking details of the corporate counsel deemed to be the leading lights of the industry, performing trademark-related duties to the highest standards, adding true value to their organisations and exemplifying the qualities that other counsel should aspire to. The research will be used to facilitate two projects.

First, the nominations will form the basis of the second edition of the WTR 300: The World’s Leading Corporate Trademark Professionals, which will identify and profile the counsel that the wider trademark community have singled out as the industry’s strategic leaders. The current edition, available to subscribers, was an industry first, shining the spotlight on the counsel deemed to be best in class. Once the nominations window closes World Trademark Review will conduct additional research, based on nominations provided by the global trademark community, before finalising the list of inductees to the second edition.

Nominations will also be used as the first step towards the WTR Industry Awards 2018 shortlist. While the WTR 300 focuses specifically on the individual in-house trademark trailblazers, for over a decade the WTR Industry Awards have recognised industry leading trademark teams from around the world. Once the nomination window is closed, World Trademark Review’s editorial team will undertake additional research and the shortlist will be announced in April 2018. The winners will be announced at an exclusive champagne reception in May.

Click here now to access our short survey form and ensure that your peers and colleagues receive the recognition that they deserve. 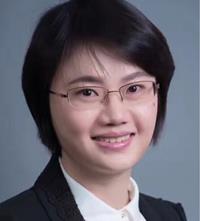