Alibaba CEO Jack Ma predicted last week that artificial intelligence (AI) “will kill many jobs”, with reports claiming that AI will trigger the fourth Industrial Revolution. But the founder of a legal technology company has told World Trademark Review that reports of impending mass job losses in the trademark industry due to AI are overblown. The issue is hotly contested, with some claiming that INTA must do more to prepare professionals for the rise of AI.

For a number of years, improvements in AI technology has led to countless reports on possible job losses in the future. In the past few months, there’s been coverage on how AI could lead to significant proportions of jobs lost in the banking, marketing, retail, construction, and manufacturing sectors in the future. Alibaba’s Jack Ma stated last week at the World Economic Forum in Davos that the rise of AI “will kill many jobs”, although he cautioned that “technology should always give people new opportunities, not remove them”. For legal practitioners, there’s been equally dire predictions. In December consultancy group McKinsey estimated that 22% of a lawyer’s job and 35% of a law clerk’s work can be automated. In the US, that would equate to hundreds of thousands of jobs roles being replaced by computers.

One company in the legal industry that is embracing the opportunities of artificial intelligence is British IP technology company LawPanel. Last November, the company launched AILA, dubbed “the world's first automated trademark assistant”. The company claims to use “ground-breaking artificial intelligence” to offer IP advice – including running trademark searches across multiple jurisdictions – in a familiar chat room environment.

Founder Mark Kingsley-Williams tells World Trademark Review that there are amazing innovations in such technology, but trademark lawyers don’t necessarily have to be concerned about their jobs being replaced by a robot: “AI will speed up legal research, but it will not replace advice formulation – the key is the multiplier effect, wherein AI can do simple mundane tasks at 10 or 100 times the speed of a human. Crucially, though, AI will not encroach into advice giving as it only works on repetitive tasks in a very tightly-defined domain. We had a painful experience from developing AILA, as AI is a long way from having general understanding on broader domains and trademarks, while an attorney has that understanding as well as a lot of real-world knowledge.”

Kingsley-Williams admits that law firms “may need a few less paralegals” due to AI, in the same way that “they needed fewer typists” due to the rise of computers. But for anything beyond the most simple, objective trademark-related tasks, he sees little hope that AI could replace an attorney and be anywhere near as effective. One example he cites is clearance and search. “One of the problems in developing sophisticated automated search is working out whether a trademark is distinctive,” he explains. “There are statistical tricks which we used, but they are just that – tricks. The AI does not 'know', it is just using probabilities as a proxy. So as well as knowing much more, attorneys mostly know what they don't know and can steer away from the edges of their knowledge limit. AI, on the other hand, does not and will walk up to and over the edge. It’s for that reason that, in my opinion, attorneys can sleep easy – there is no imminent AI apocalypse. ”

There are, naturally, some who disagree with this assertion. During last year’s INTA Annual Meeting, there was public disagreement on how AI could affect the trademark industry. INTA CEO Etienne Sanz de Acedo noted during the opening ceremony that there is little risk that AI will cause the loss of lawyer’s jobs. However, during a seminar by European law firm Otmore, its founder and partner Jarno Hottinen criticised this lack of focus on the potential repercussions of AI and automation on the industry. He told World Trademark Review: “What happens when advanced AI enters the legal space? It will completely transform the industry in a similar way that the internet did, and there is little doubt that many jobs will go. Right now the industry may be afraid to admit it, but ultimately it has two options: adapt or die. The industry, and INTA itself, need to take more control of how they can adapt to this inevitable change – if not, this is going to be another Kodak moment, where we look back in many years’ time and regret not making preparations now.”

So can trademark attorneys rest easy, or do associations like INTA need to make preparations on how artificial intelligence could lead to mass job losses in the industry? The jury’s out for now – although when we asked one AI-powered chat program, Cleverbot, whether AI will lead to mass job losses, it had a very blunt answer: “Yes.” 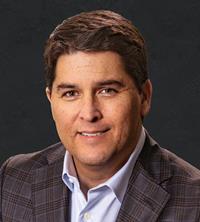